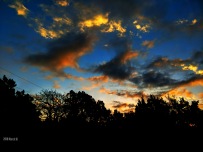 63° at 5 a.m. it’s overcast and a blustery day. That made me think of Winnie the Pooh. By 7:30 the eastern sky was beginning to lighten and individual clouds could be seen. 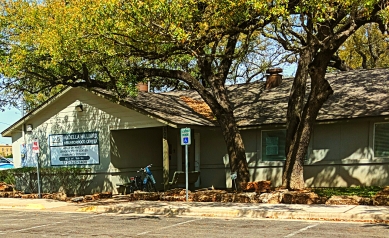 Fridays would be a normal day to go to the Leander Senior center. However today we decided to visit the senior center in Georgetown. It is only about ten minutes further away. We know Sonny, the administrator, from when she was at the Leander site. We went into her office to say hello. As we were talking, we found out that Charlotte, one of our friends at the Leander site had died over night.

There weren’t many people there today. Larry was the only other person there when we arrived. We played some dominoes with him until just before lunch. Two women and a man showed up a little later. By the time the spaghetti and salad lunch was served, there were about a dozen people there.

Last night I received an email from Cherry Hill (the folks for which I work as Santa) with an attached contract. I tried to print it to my home printer. However I had no luck making the the connection between the phone and printer. So, when we left the center, we went to Office Depot so that I could print the twenty two page contract. I will review it, sign it and mail it back to them. Then they will sign it and send it back. I wish that it could all me done through email. That would be so much handier for me … and I would think for them also. 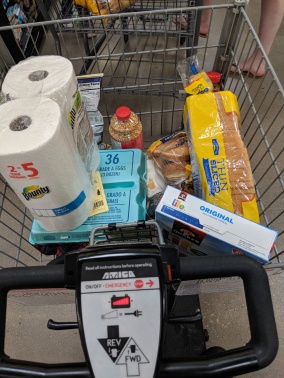 We stopped at H.E.B. on the way home to pick up a very few grocery items. All I really wanted was some Orvil Redenbacher popcorn.

After scootering around the store for a while, I had nearly everything that I wanted. That’s when Ella said, “I need to sit down. I’ll wait in the seats at the exit.” At that point we ran into Arlette, whom we know from the Leander Senior Center. We stopped to talk with her. She already new that Charlotte had died. The two of them had become very close … almost like sisters.

I left Ella and Arlette to talk while I continued with the shopping. Having gotten the final item, I headed to the checkout lanes. They were all backed up at all of the registers, which is odd for H.E.B. I sat there for a while when a young store employee came by shouting, “Cookies, Water, Wine samples. Does anyone want a cookie, some water or a sample of wine?” It is not unusual to have someone going through the aisle yelling, “Tamales, get your hot tamales here!” So, I didn’t think much about it when someone was passing out water, cookies, and wine. I thanked him but said no I wasn’t interested.

About five minutes later, the young man came by again with the water, cookie, and wine. This time I took him up on the offer of a bottle of water. It was about this time when I realized that not only had my line at the register not moved ahead … none of them had. I saw people pulling out of line and just leaving their shopping carts full of items sitting in the aisle. Store employees came by and said that their whole computer network was down. They were offering to keep the carts full of groceries while the shoppers left, and call people back when the computer was fixed. Or you could just leave your cart and they would restock the items. I chose to just leave. As I said there wasn’t anything that I really had to have (other than the popcorn).

I found Ella waiting at the door and wondering what was taking me so long. I explained about the network being down. So we went down the road a couple of blocks to Dollar General where I purchased some popcorn.

By the time we got home it was around 85° outside and only somewhat better inside. I lowered the temperature. Reclined in my chair and went to sleep. Normally, I would say I took a nap (naps are short 15-30 minutes), however this time a slept for several hours. I didn’t realize that I was THAT tired. 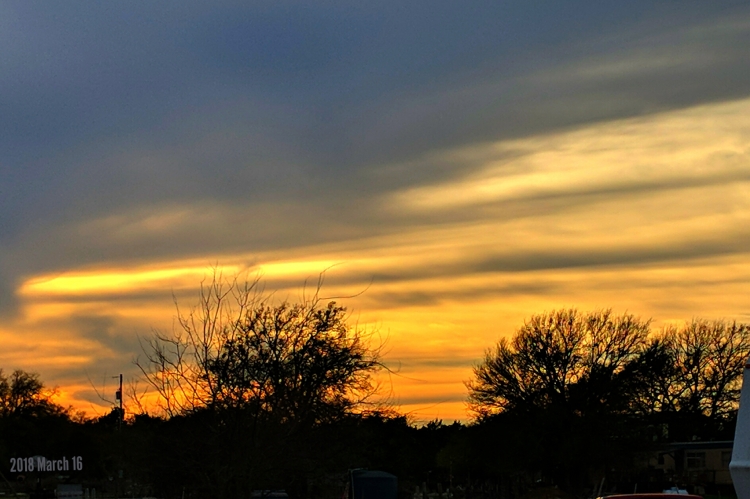 MUSINGS
SHUT UP AND LISTEN – Part 2

Acts 2:1-4
“When Pentecost, the fiftieth day after Passover, came, all the believers were together in one place. Suddenly, a sound like a violently blowing wind came from the sky and filled the whole house where they were staying. Tongues that looked like fire appeared to them. The tongues arranged themselves so that one came to rest on each believer. All the believers were filled with the Holy Spirit and began to speak in other languages as the Spirit gave them the ability to speak.”
Every once in a while I say something profound. When I do, I have to give the credit to the Spirit Of God. As it says in Luke 12:12 “At that time the Holy Spirit will teach you what you must say.”
Case in point: yesterday I ended my musing with this: “How often have I missed a blessing because my mouth was open so far that it covered my ears? How often have I not heard, “Be still and know I am God.””
I have been begging God for the Holy Spirit to fall afresh on this world, on this nation, on this community, and on me.
Yesterday morning as I knelt in prayer, I took my own advice and I shut up and listened. Instead of praising God, or presenting concerns, I simply prayed, “Speak LORD for your servant is listening.”
I’ll admit it was hard to concentrate on just listening. My mind would begin to wander and I would have to repeat to the LORD that I was listening.
My bedroom window was open just a tiny crack. The wind was blowing through the screen on the window. And even though it was only a gentle wind outside, as it rushed through that small openings, the sound was intensified.
The more intently I tried to listen for the LORD, the louder the wind sounded. I was becoming irritated that this was distracting me from my meditation. And then I remembered, “Suddenly, a sound like a violently blowing wind came from the sky and filled the whole house.”
I began to chuckle and said, “Alright, LORD, I hear you. Your Spirit is already at work on the world and in me.”