49° at 3:45 this morning. Don’t ask me why I was awake ‘cause I dunno. Maybe it was the Holy Spirit telling me to get on with my morning musing, because that’s what I did. ‘Round ‘bout six I went back to sleep. Thank God I reawakened in time to capture the sunrise. 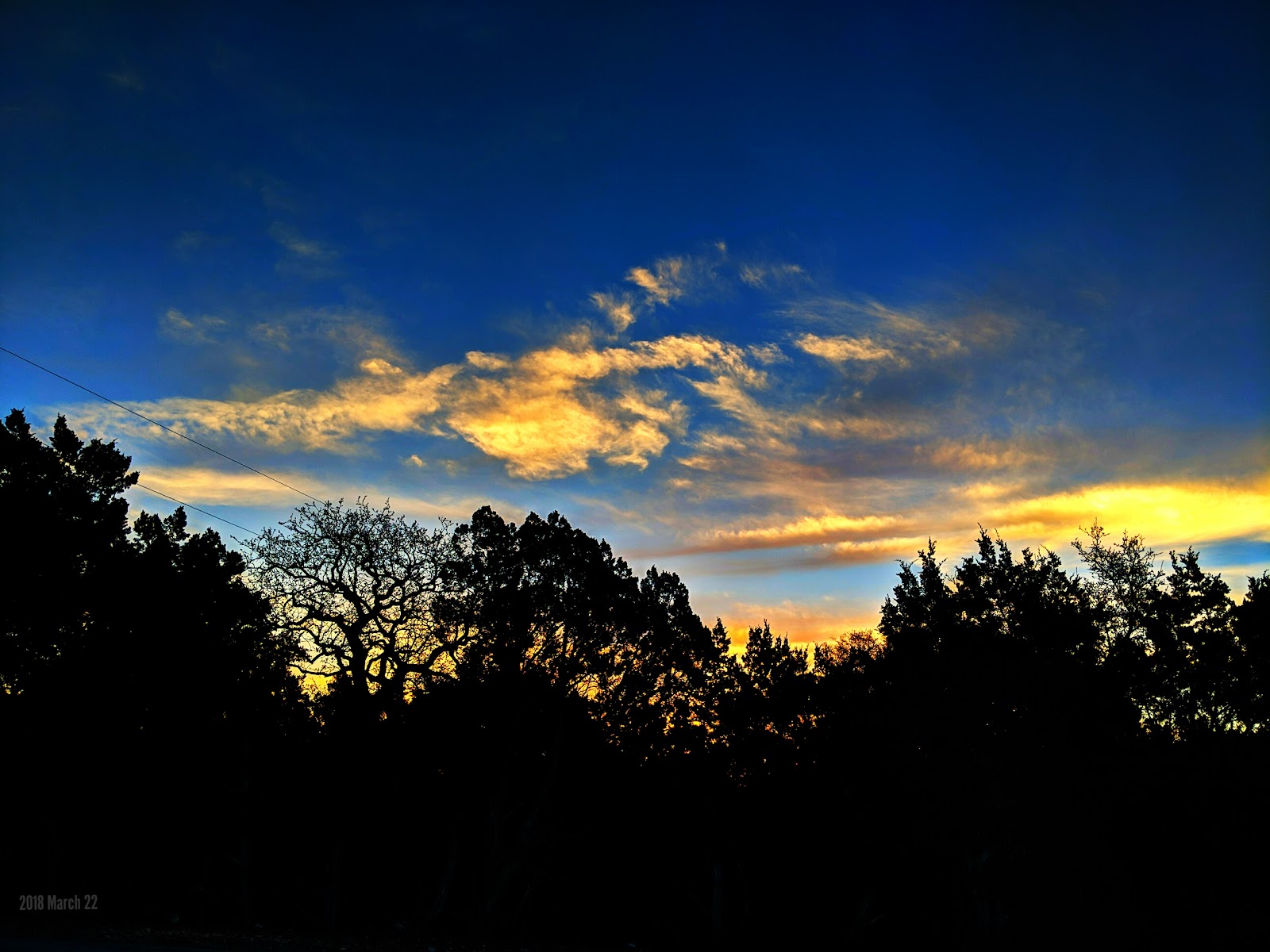 As I was writing this, the garbage men came to empty the campground’s trash container. I’ve never heard bounce it up and down that much before. I’m not sure whether something was stuck in the bottom or they just wanted to make sure that everyone was awake at 9 a.m.

Nobody in this campground is what could really be called a “camper” we are all full-timers and most stay here year around. We only spend seven months here and then five in Iowa

Speaking of Iowa, we have only slightly over a month before we head back there. We stay and workcamp at Cutty’s Des Moines Camping Club in Grimes Iowa. It is a member owned private camping resort. Other than Coast to Coast, only our members and our guests may use the resort. Here is a 2012 video of me work camping. Some things have changed since then. However the basics are still true.

Ella’s bread pudding was such a hit at the Over the Hill Gang last week, she made more this week. 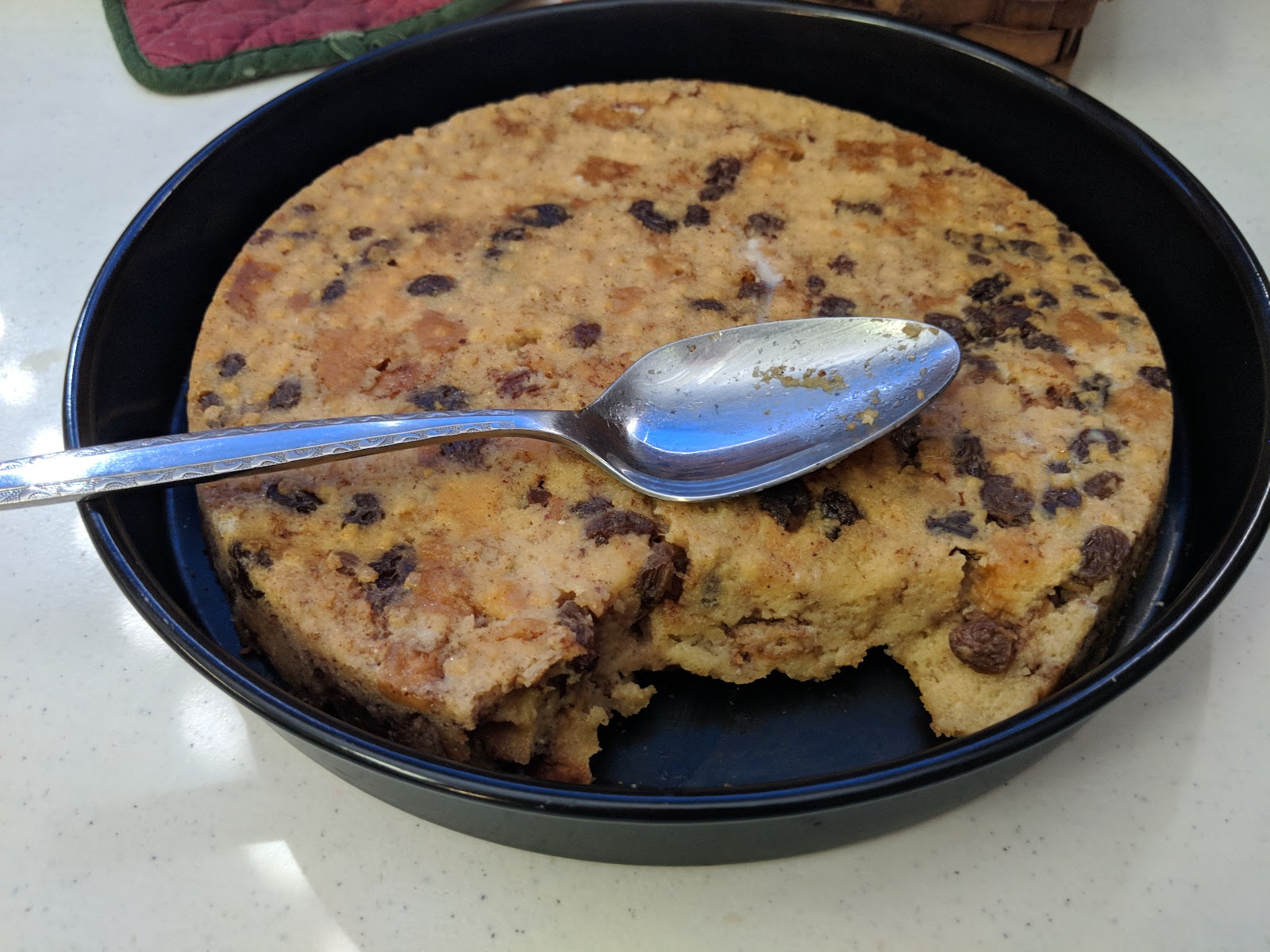 She mixed it all together last night and put it into the oven this morning. It sure and good in our home today.

This was a different lunch than we’re used to at OTHG. 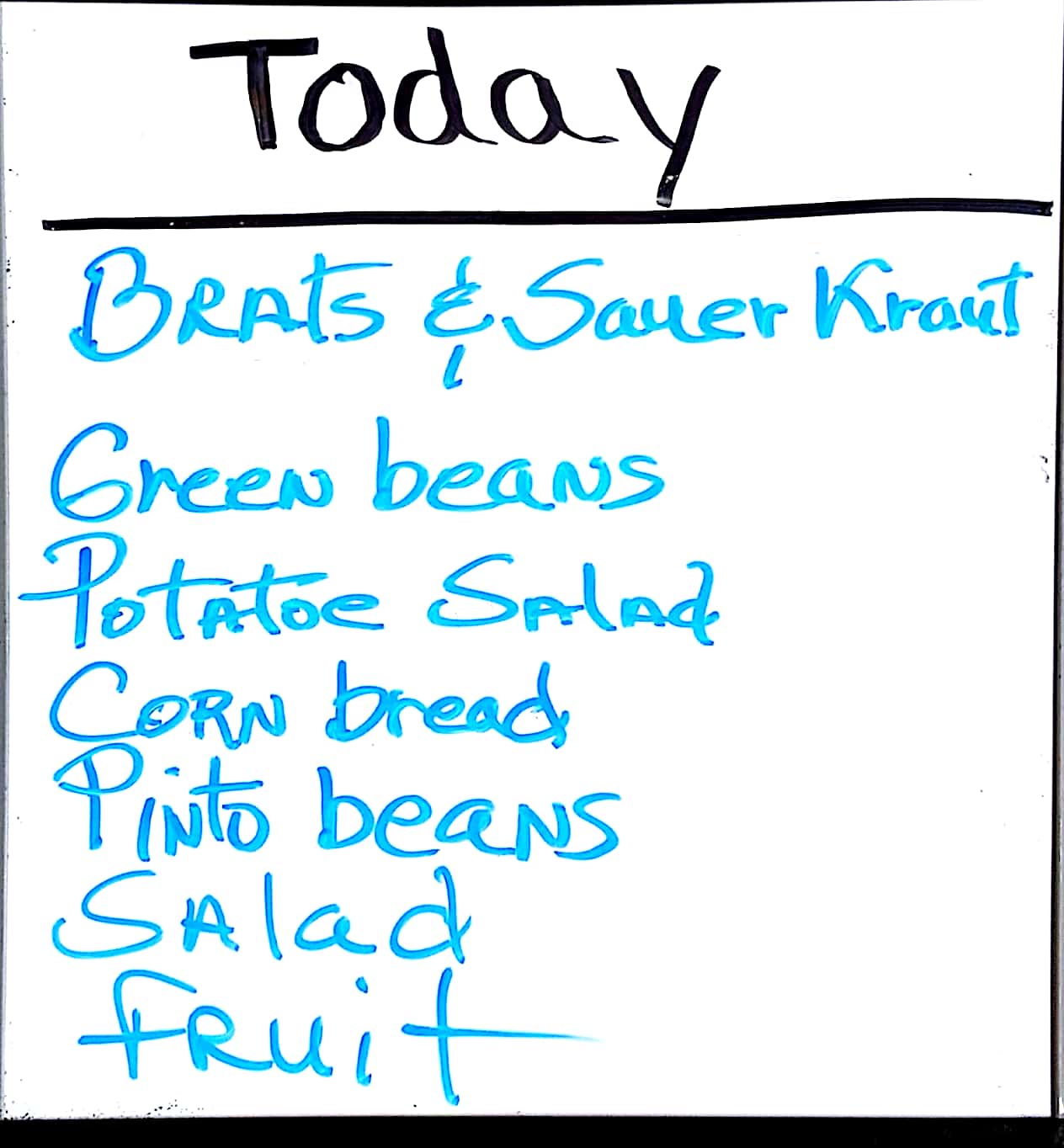 After lunch Charlotte, Lu, Ella and I played a couple games of canasta. We played partners Ella and Lunch against Charlotte and I. Each team won one game.

Stepping outside afterward I was surprised at how windy it was. There were gusts upto 30 mph. How they hit the trailer determine how much rock and roll we do. If the wind comes at us to the front or back, it’s no big deal. However, if it hits us broadside, we can get whitecaps on our bottled water.

Okay, that’s an exaggeration, but it is a lot more noticeable.

Saw a beautiful sunset while at the park.

Finally we stopped at

H.E.B. For some items to get us through the weekend.

I just re-read the book of Lamentations, which means the passionate expression of grief or sorrow; weeping.

It is a truly horrific book full of examples of the depths of human despair and depravity. The writer documents the destruction of Jerusalem at the hands of it’s enemies. The city was blockaded and people were starving to the point that mothers were eating their babies.

This is the calamity that the prophets had warned them about. But the people refused to believe, refused to accept that God would remove his protection from them. They proudly proclaimed themselves to be God’s people, all the while breaking his laws and ignoring his warnings.

A few days ago I posted,”I reject the idea of a hateful, vengeful God. God doesn’t so much bring about calamity, as step back and allow the consequences of OUR actions.” read now the words written during all the death and destruction in Jerusalem:

“Even if he makes us suffer, he will have compassion in keeping with the richness of his mercy. He does not willingly bring suffering or grief to anyone, crush any prisoner on earth underfoot, deny people their rights in the presence of the Most High God, or deprive people of justice in court. The Lord isn’t happy to see these things.”