68° and no sunshine today. My only photo of sunshine was at ten in the morning. 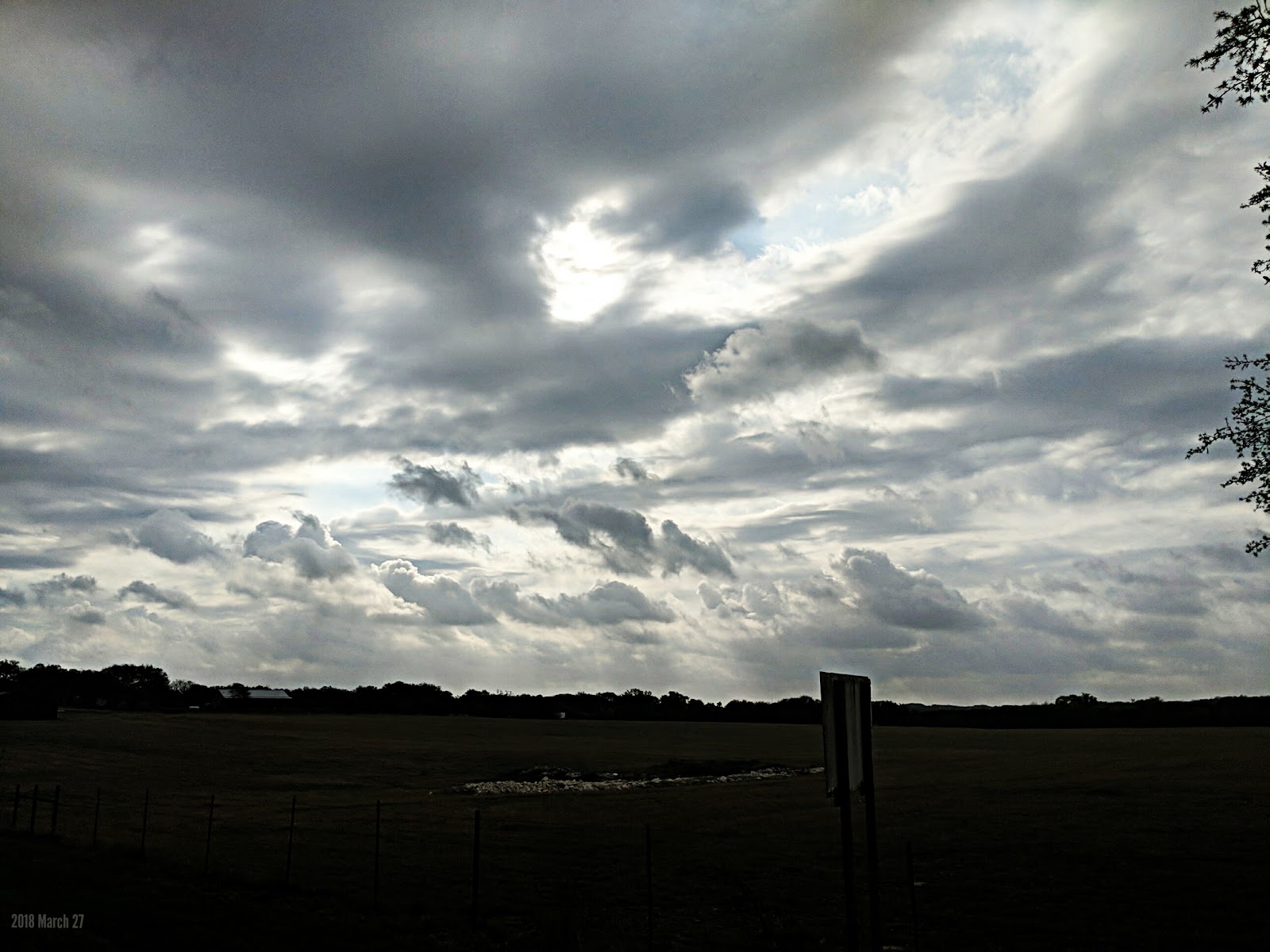 It reached a high of 76° before a rain storm came through at about four. This dropped the temperature to 58° rather quickly
We had sloppy joes at the Georgetown senior center. We played bingo before lunch.

After lunch we stopped at Office Depot to print out a form for Ella to sign and then fax it back. It became a lot more complicated than it needed to be.
They told Ella to log into her email account on their computer. When all she really had to do was open the email on her phone and forward it to the Office Depot email. Whereas the phone aromatically logs her into her account, by using their computer, she had to log on using her password … which she couldn’t remember.
Then she couldn’t find the original message on her phone. So she had to call the people who had emailed the form and asked them to email it again tho my email account.

Once I received the form I forwarded it … except I missed a digit in their email and it didn’t send. After correcting it, I recent it and it was printed.

At this point she had to fill out the form, sign it, and fax it back.

WHAT WILL YOU BE WHEN YOU GROW UP?

1 John 3:1-2
“Consider this: The Father has given us his love. He loves us so much that we are actually called God’s dear children. And that’s what we are. For this reason the world doesn’t recognize us, and it didn’t recognize him either. Dear friends, now we are God’s children. What we will be isn’t completely clear yet. We do know that when Christ appears we will be like him because we will see him as he is.”

As an adult, I never did any of those things. But I still try and live by my imagined cowboy code, to do the right thing at the right time. I try to help the underdog. I try to live in such a way that “The Spirit of the Lord is with me. He has anointed me to tell the Good News to the poor. He has sent me to announce forgiveness to the prisoners of sin and the restoring of sight to the blind, to forgive those who have been shattered by sin, to announce the year of the Lord’s favor.” Luke 4:18-19