45° and partly sunny to get the day started. It reached 75° on a partly sunny day. After sundown the breeze made it feel cooler than the 63° that my truck thermometer showed.

We left home before the sun was fully in the sky because I had an early appointment with the orthopedic doctor in Cedar Park. But I managed to snap this as we on our way. Yes, I pulled off the road to get the view. 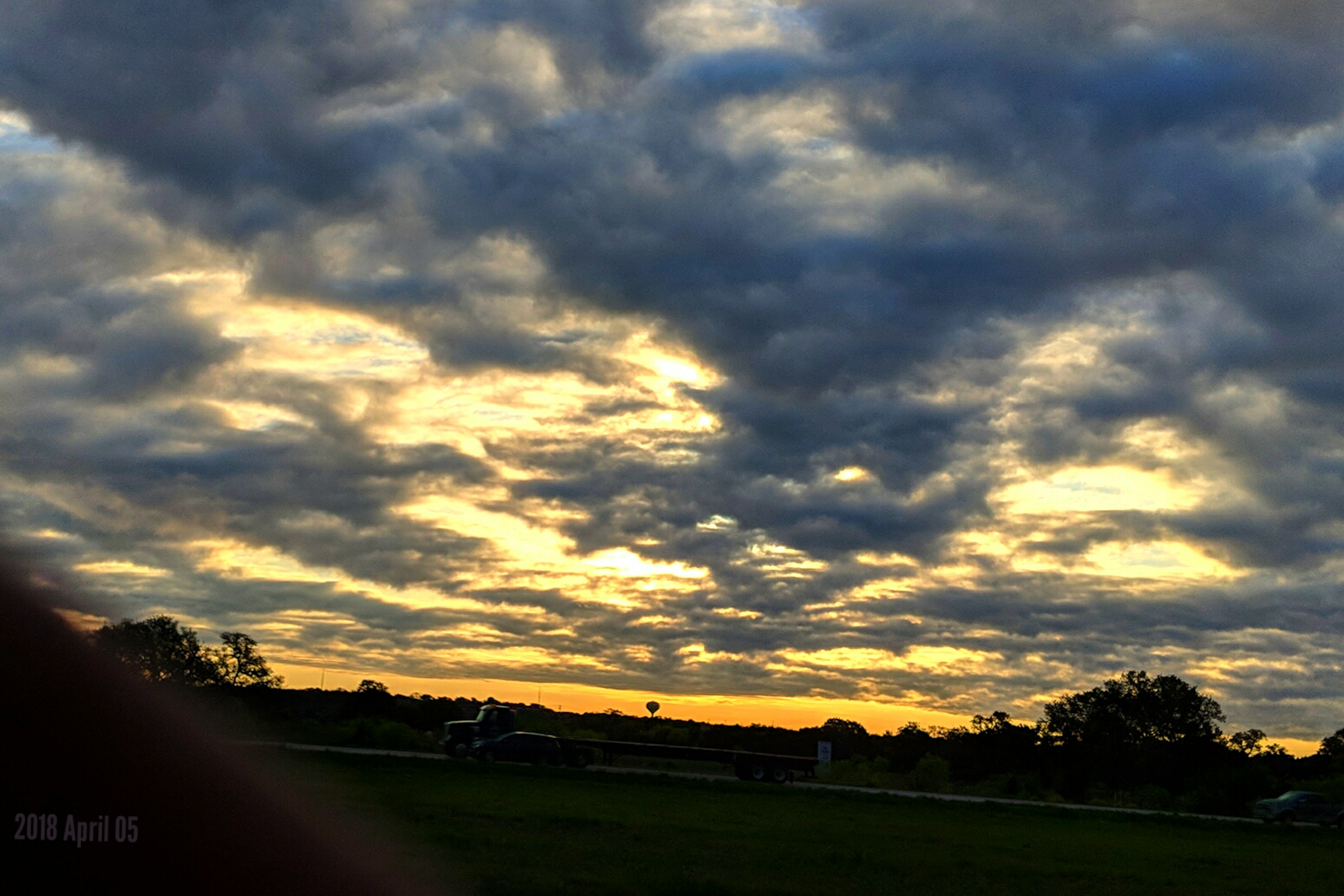 The rooster comb injections I went through earlier were ineffective. So now I received cortisone in my left knee and will return on Monday for an injection in the right.

We arrived at the Over the Hill Gang in time to play a few games before lunch. Chicken from Chicken Express with their rolls and then side dishes from OTHG members and staff.

In the evening we went to Beket’s baseball game in Leander. They lost 2-6… Too many walks.

In the evening I captured this sunset.

HOW WILL YOU KNOW?

If anyone teaches or preaches something different than what Jesus taught and preached, how are you to know that you aren’t being deceived?

There are powerful, charming, charismatic teachers and preachers who have large followings. Some because they say the things that people want to hear. And some because God has blessed them. How do you know which from which?

It really is not difficult. Follow the one who teaches what Christ taught. But be careful not to let anyone deceive you. Many will come using Jesus’s name.* Just because they say, “Jesus said” doesn’t mean Jesus said or that the words weren’t taken out of context. How are you to know?

There is only one way to know what Jesus taught … read the Bible. Read it prayerfully asking God to reveal his truth to you.

Isn’t your eternal life worth a little study on your own?