56° to start the day. Reached 81° then rained and dropped into the mid fifties.

This is the replacement for a sunrise photo. My alarm went off at four this morning – which explains why it didn’t go off at four yesterday afternoon. I shut the alarm off and went back to sleep. Didn’t get up until after six. All in all I wasn’t around in time for a shot at the sun. 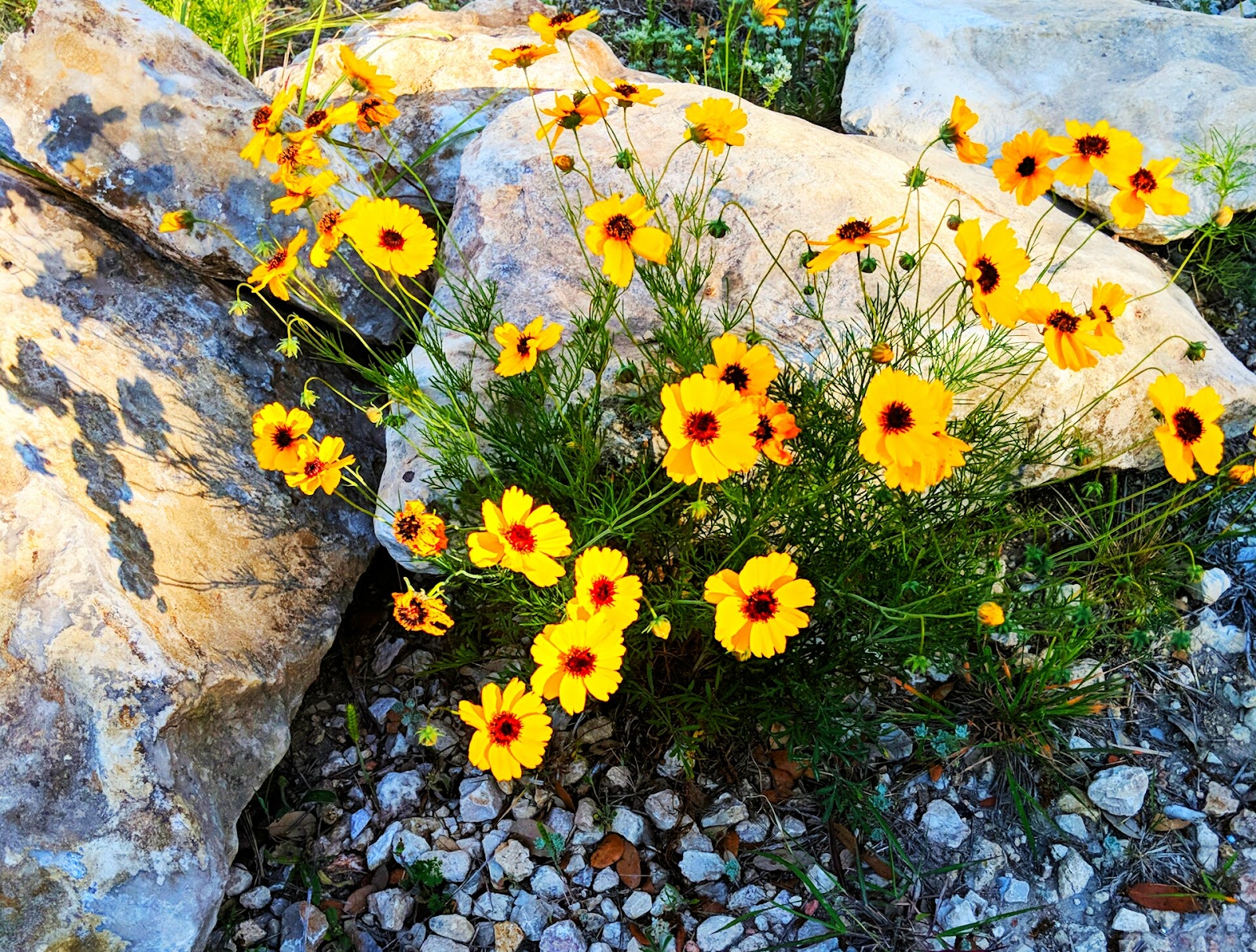 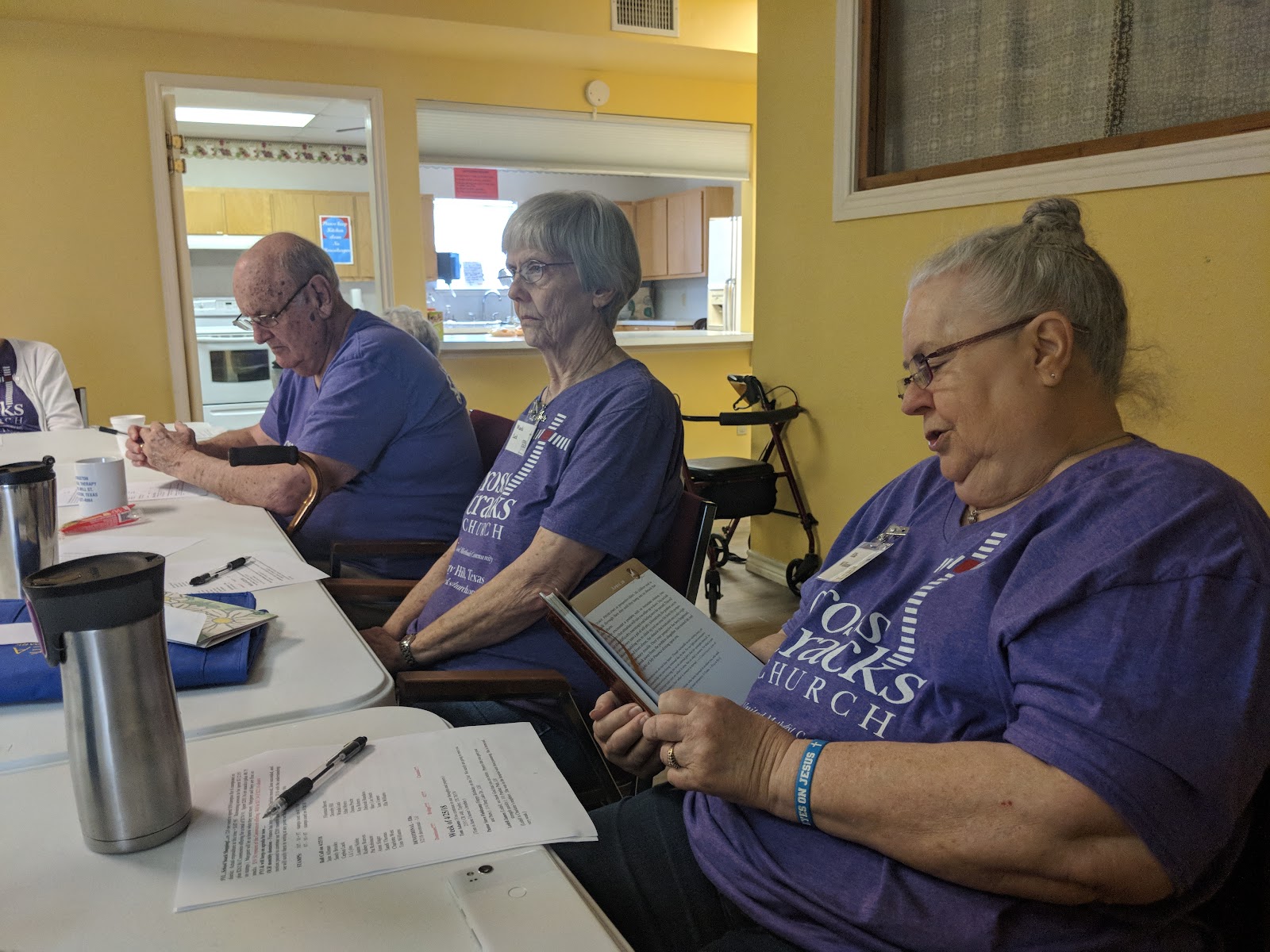 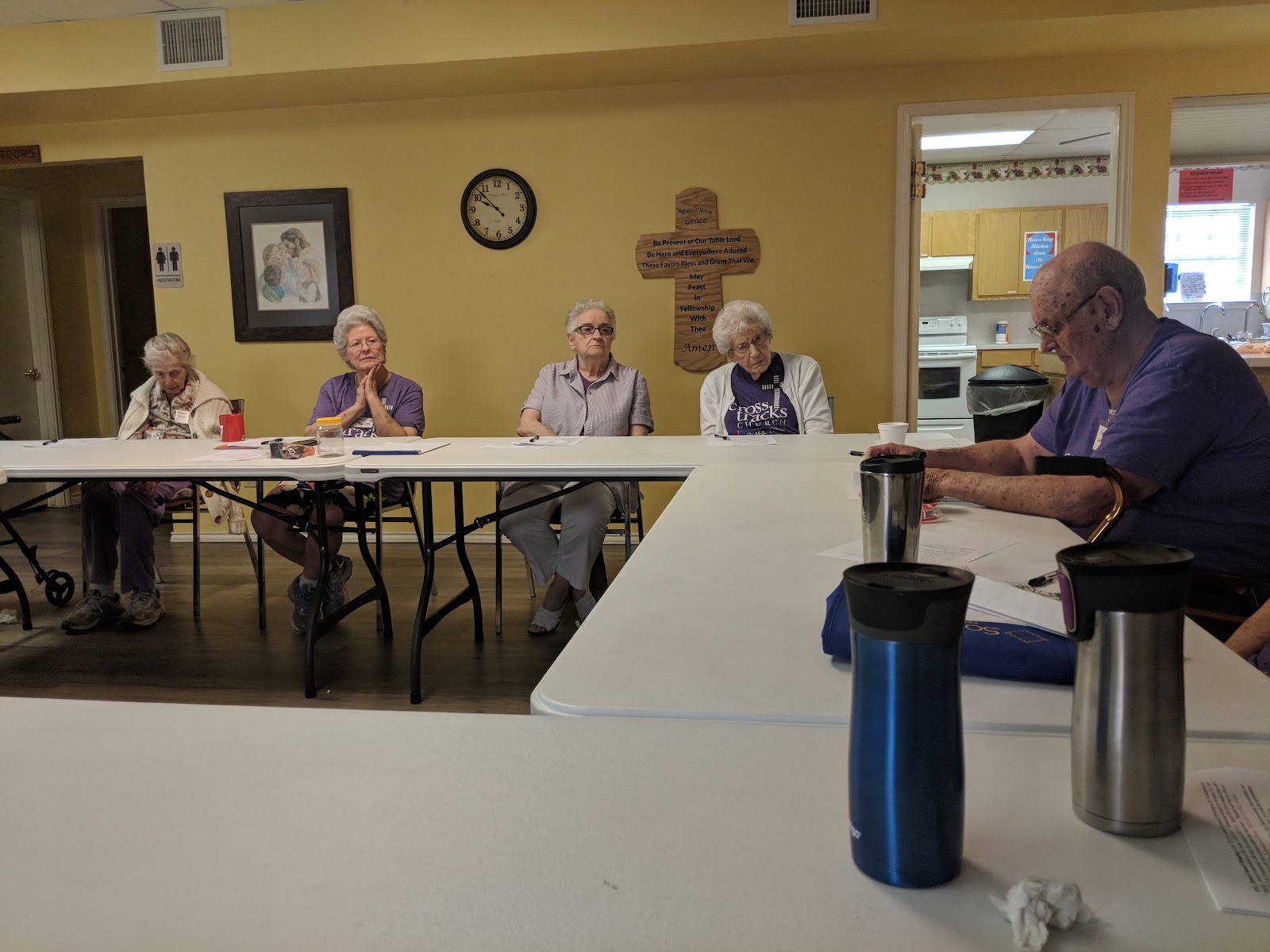 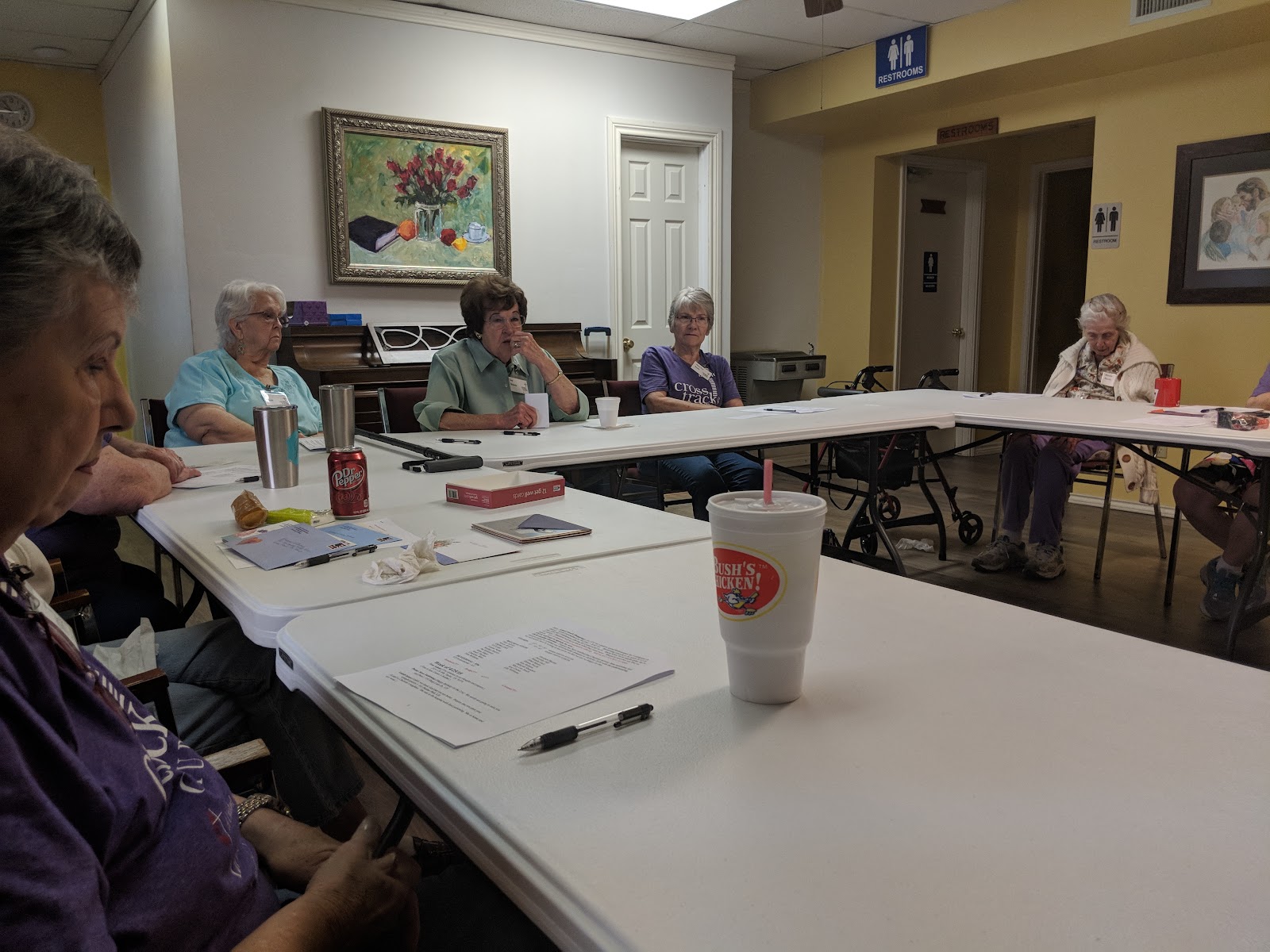 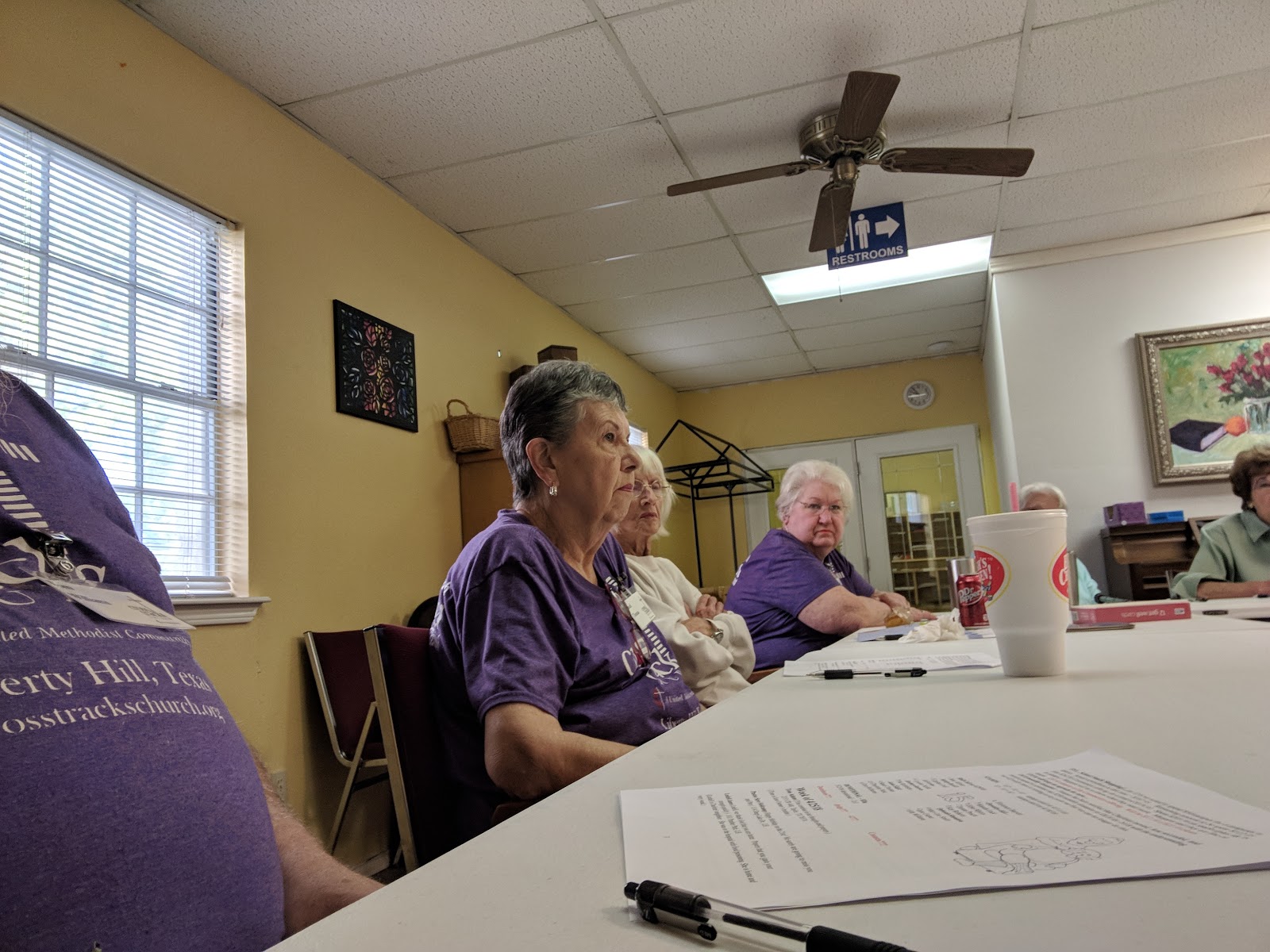 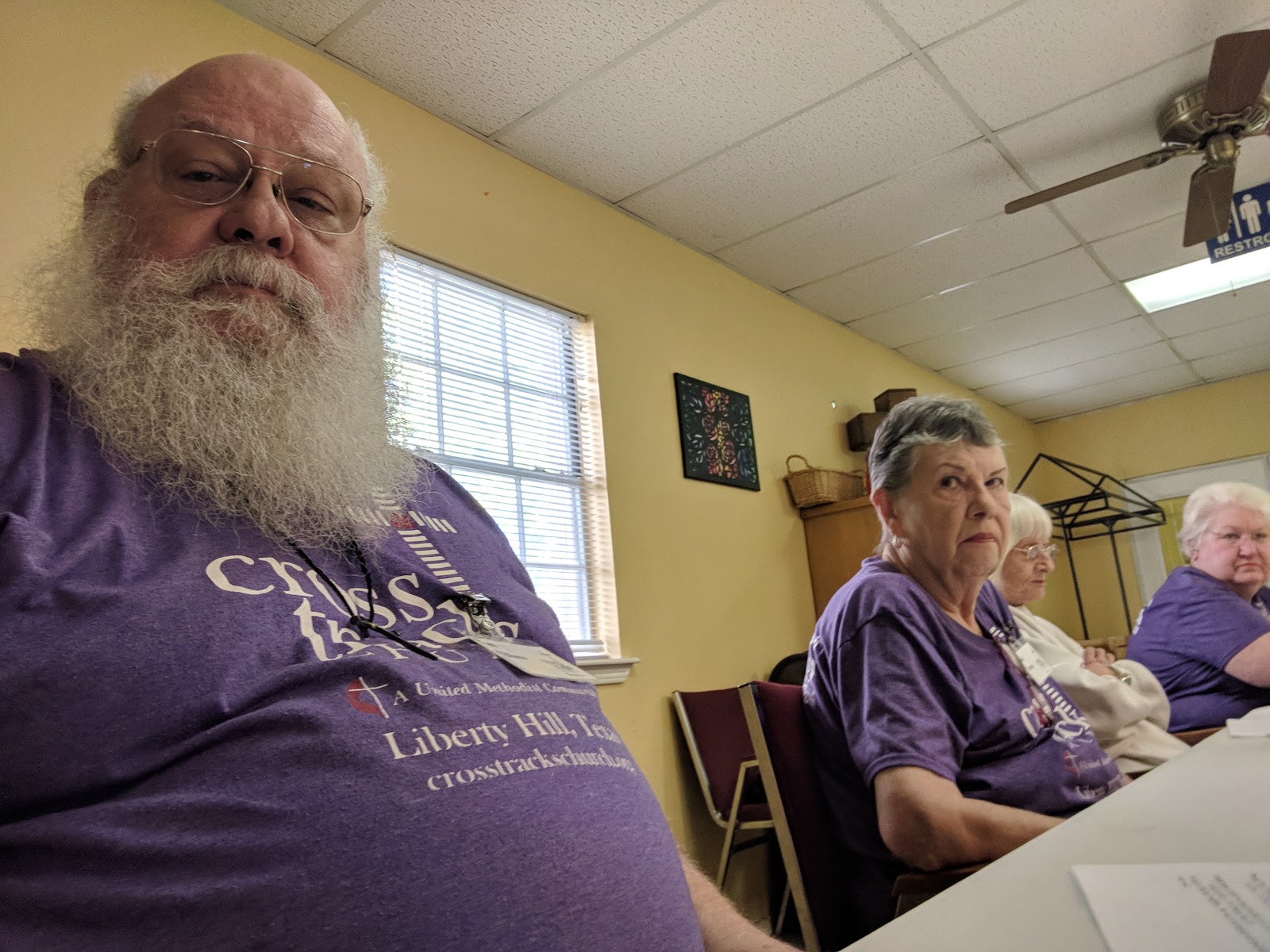 There were fifteen at Grandies today. Tresa served us baked chicken, pork roast, dressing, mashed sweet potatoes, green beans, and a strawberry shortcake. It made a nice going away aparty for us.

We made a stop at Walmart for Ella’s meds and incidentals. 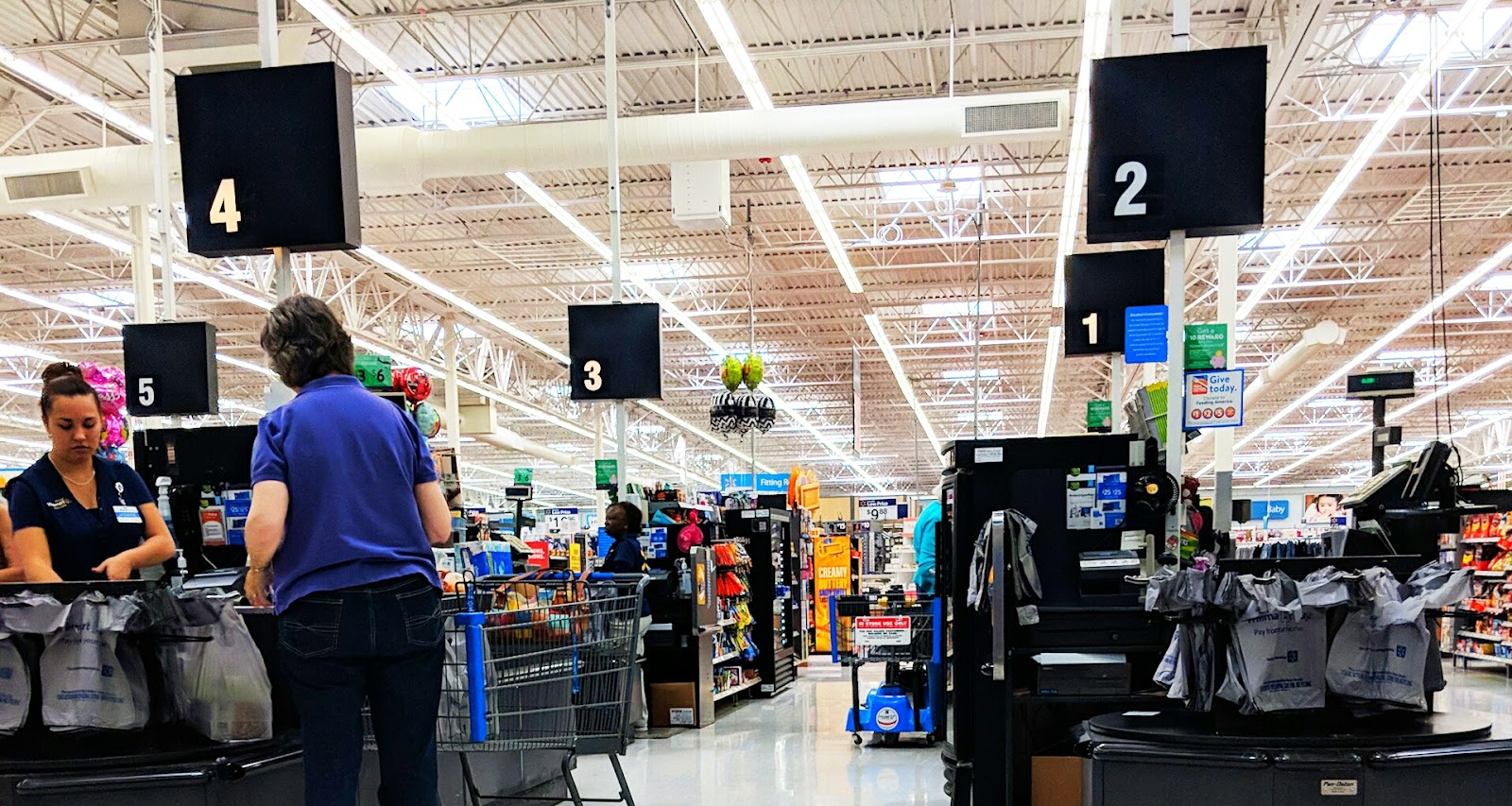 Then a stop for gas and truck wash. 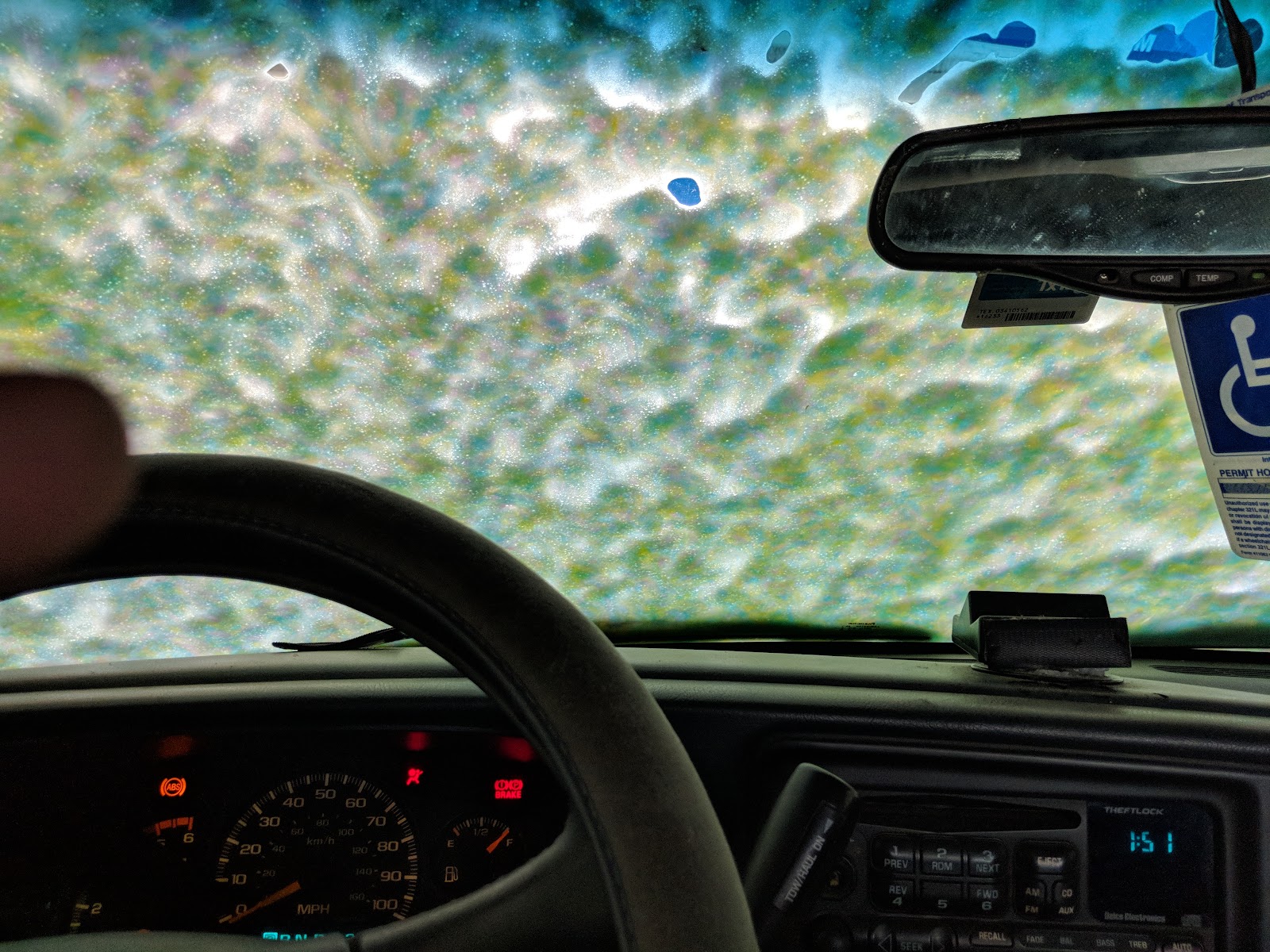 We arrived home about ten thirty. That gave us time to nap before choir practice.

Before choir practice we had supper with some of the choir members at Dahlia’s. 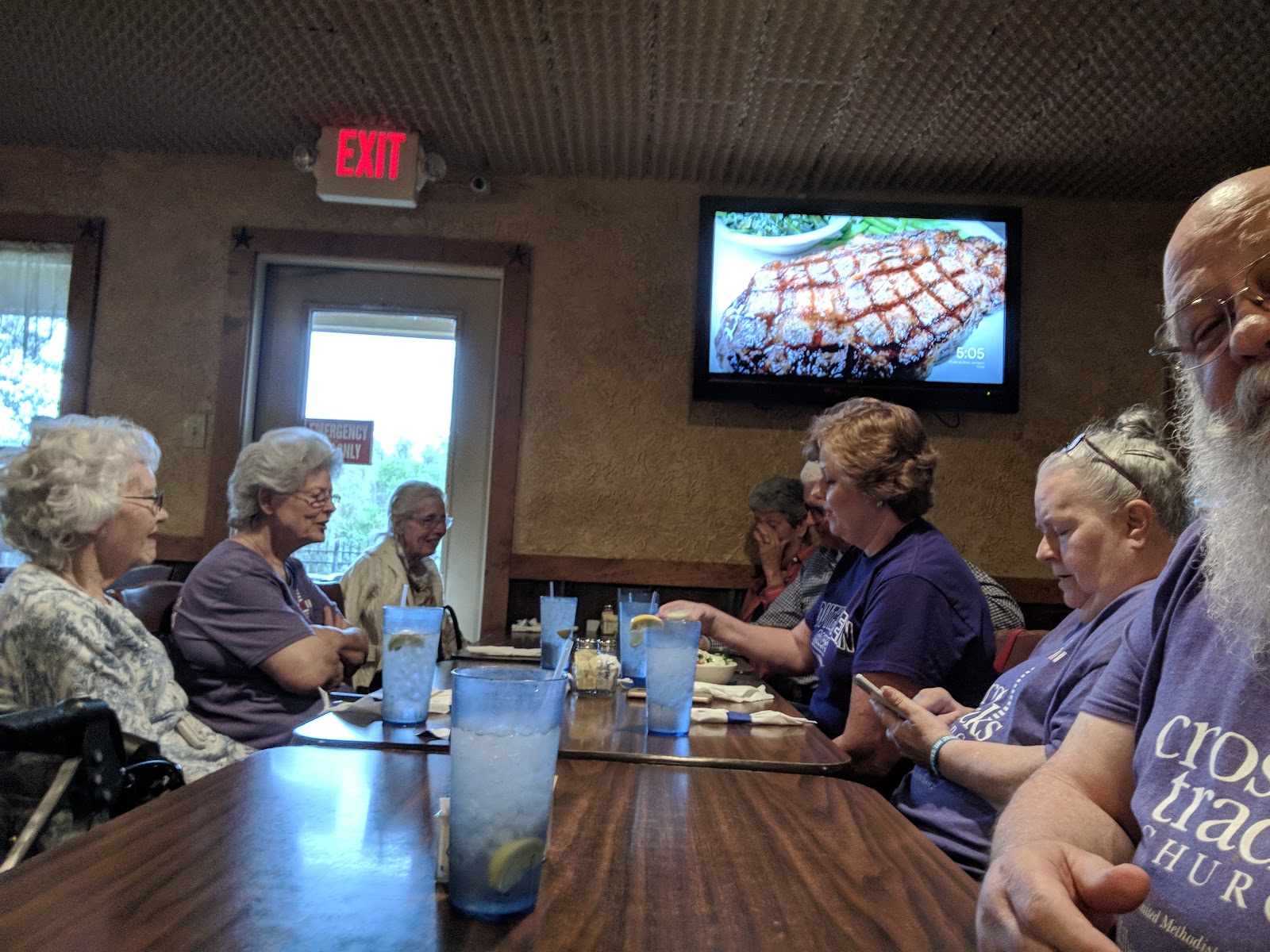 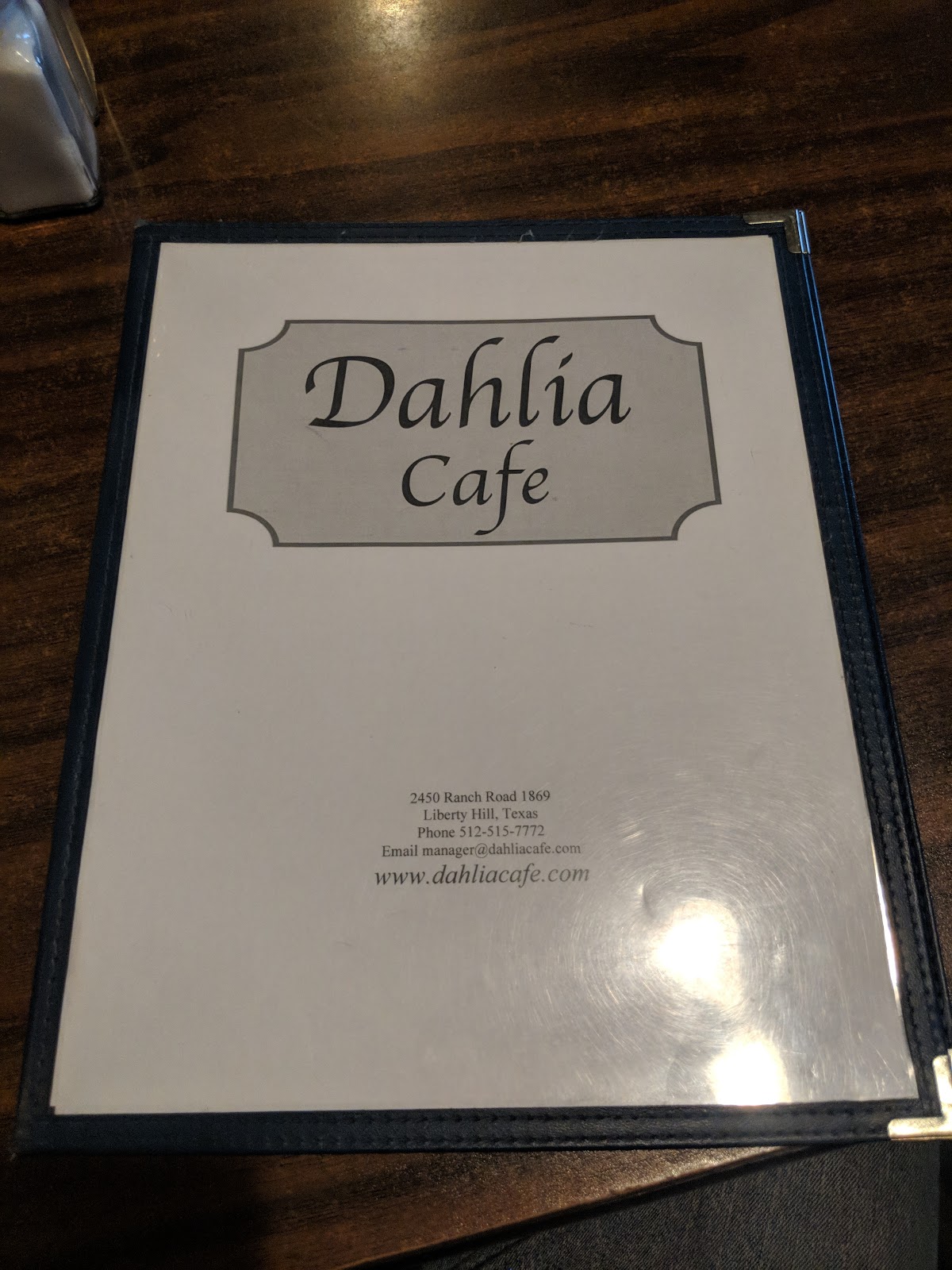 It was raining slightly as we arrived in the church parking lot. 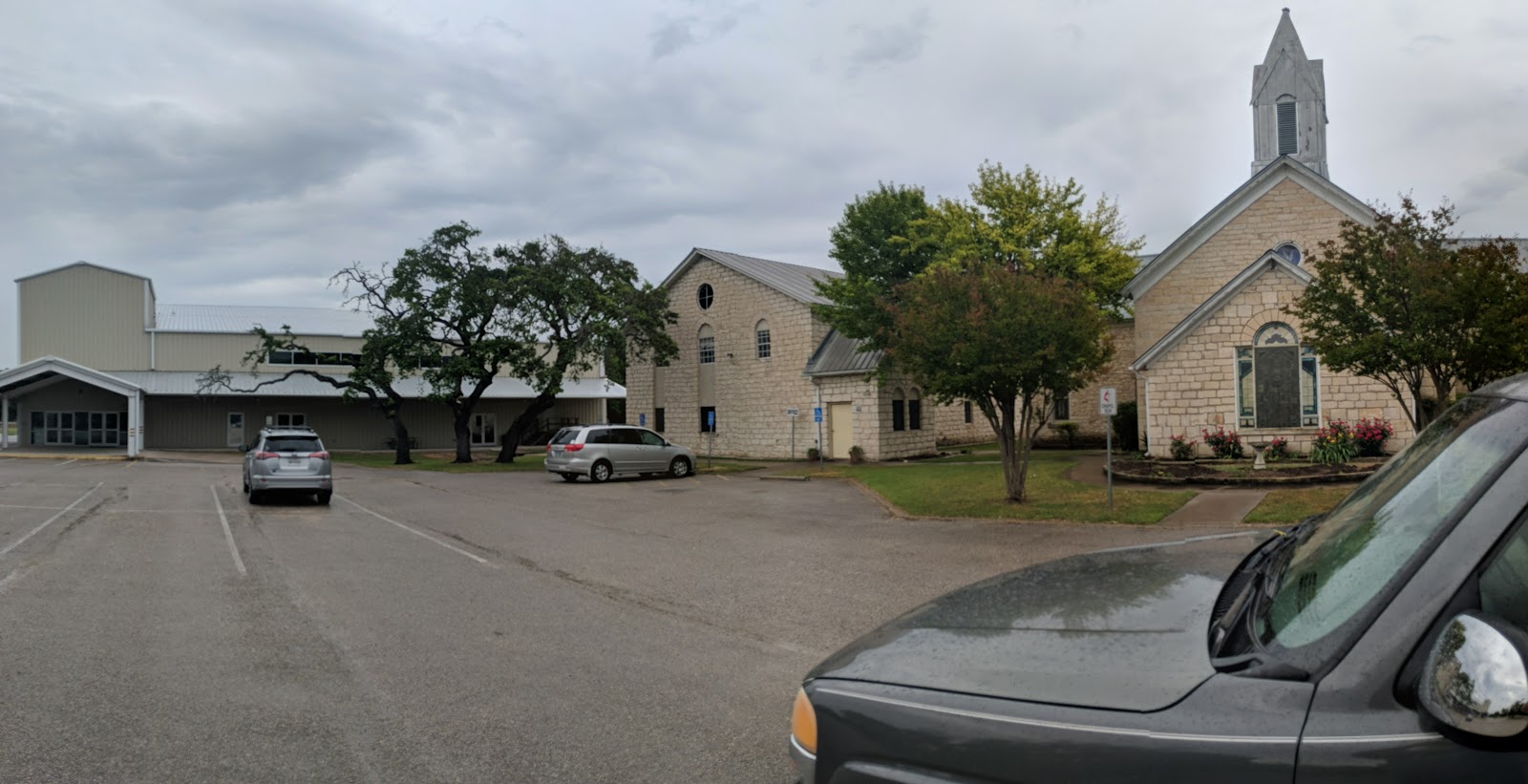 I thought there would be no sunset because of the rain and overcast sky. I was wrong. I happened to look outside at the right time and got this photo.

Psalms 3
“O LORD, look how my enemies have increased! Many are attacking me. Many are saying about me, “Even with God on his side, he won’t be victorious.” Selah But you, O LORD, are a shield that surrounds me. You are my glory. You hold my head high.

I call aloud to the LORD, and he answers me from his holy mountain. Selah I lie down and sleep. I wake up again because the LORD continues to support me. I am not afraid of the tens of thousands who have taken positions against me on all sides. Arise, O LORD! Save me, O my God! You have slapped all my enemies in the face. You have smashed the teeth of wicked people. Victory belongs to the LORD! May your blessing rest on your people. Selah “

You know Chuck Norris the martial artist, movie and TV star as though guy who can take down any bad guy. Have heard Chuck Norris jokes?

Now you’re asking yourself, “Why are you telling us Chuck Norris jokes?”

Because when I read, “O my God! You have slapped all my enemies in the face. You have smashed the teeth of wicked people.” it made me think of an action adventure movie where the victim is surrounded by tens of thousands on every side. But that doesn’t stop our hero who fights his way through these legions and then stands guard over the victim so that he can sleep peacefully. And no one cares to attack.

David may have taken some poetic license in this Psalm but he new fullwell what it was like to be a hunted man. King Saul personally tried to kill David. When that failed he sent his army after David.**. But David trusted God to be his shield and was able to rest in His assurances.

We have a mighty God who is greater than all of our troubles.