There are only 241 days till Christmas. Are you ready? Tic toc!

We started our day by getting dressed in our Make Church a Verb t-shirts. We then gathered for communion before heading out into the community and our assigned duties for the day. 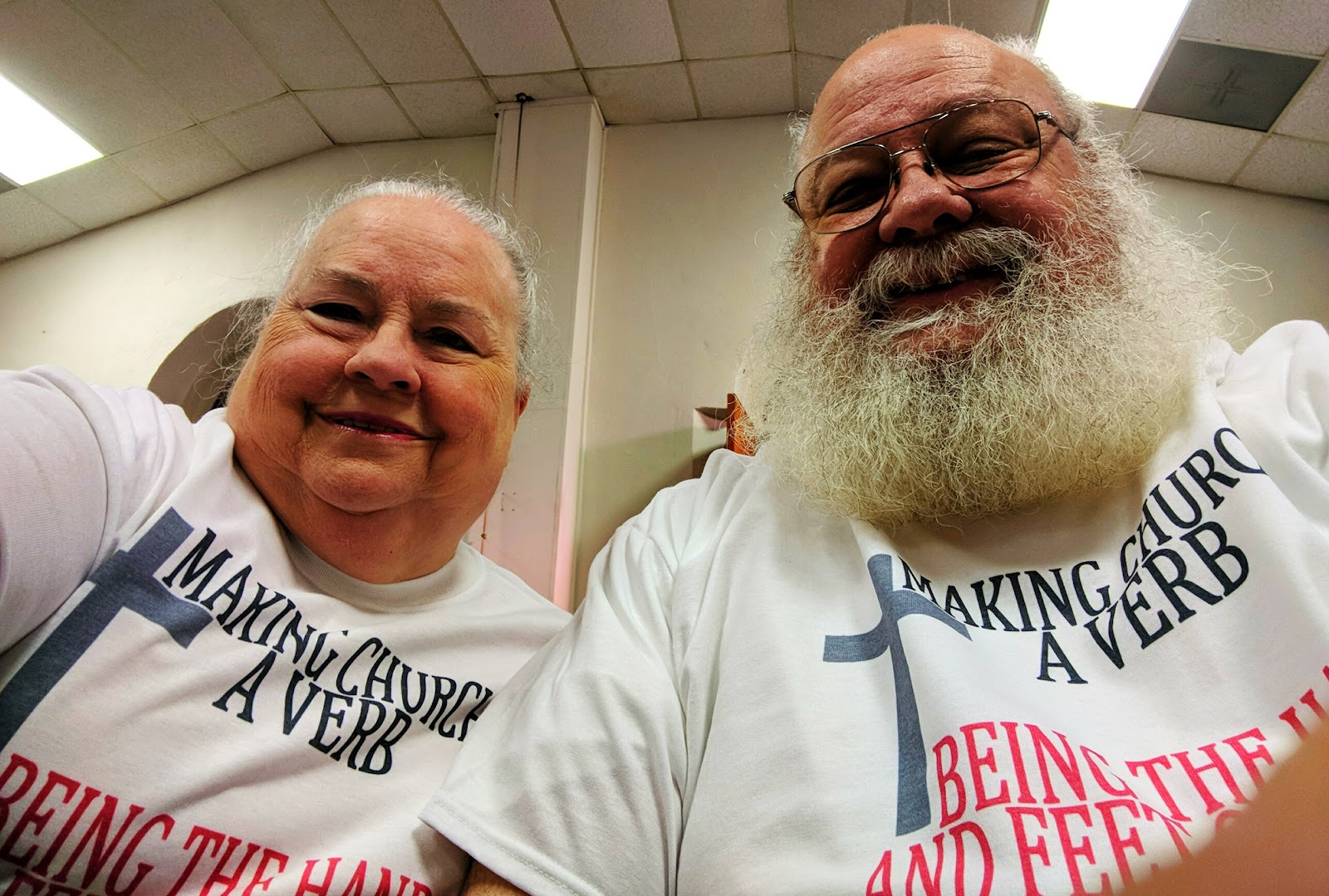 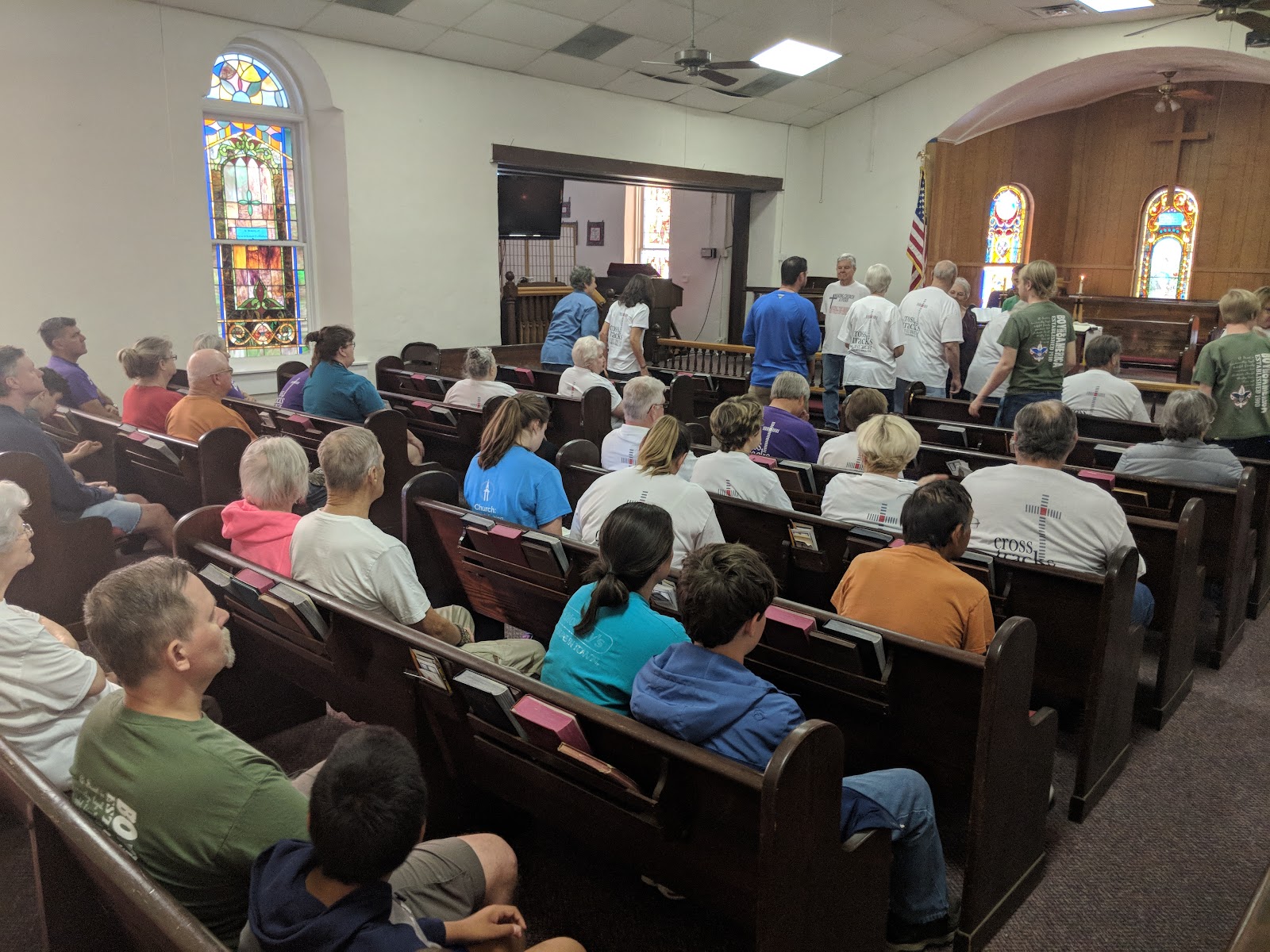 About fifty members met in the original church building, which is now the chapel on our church campus.

On a completely unrelated note – There is an ozone pollution alert for the Austin area today. Ozone alert? Is it to politically incorrect to say smog these days? We did not see any signs of it in Liberty Hill, Bertrom, or Burnet.

At eleven the choir sang at Shady Shores nursing home in Bertrom. It was kind of disappointing that there were more in the choir than the audience. And part of the audience were asleep in their wheelchairs when they were wheeled in. 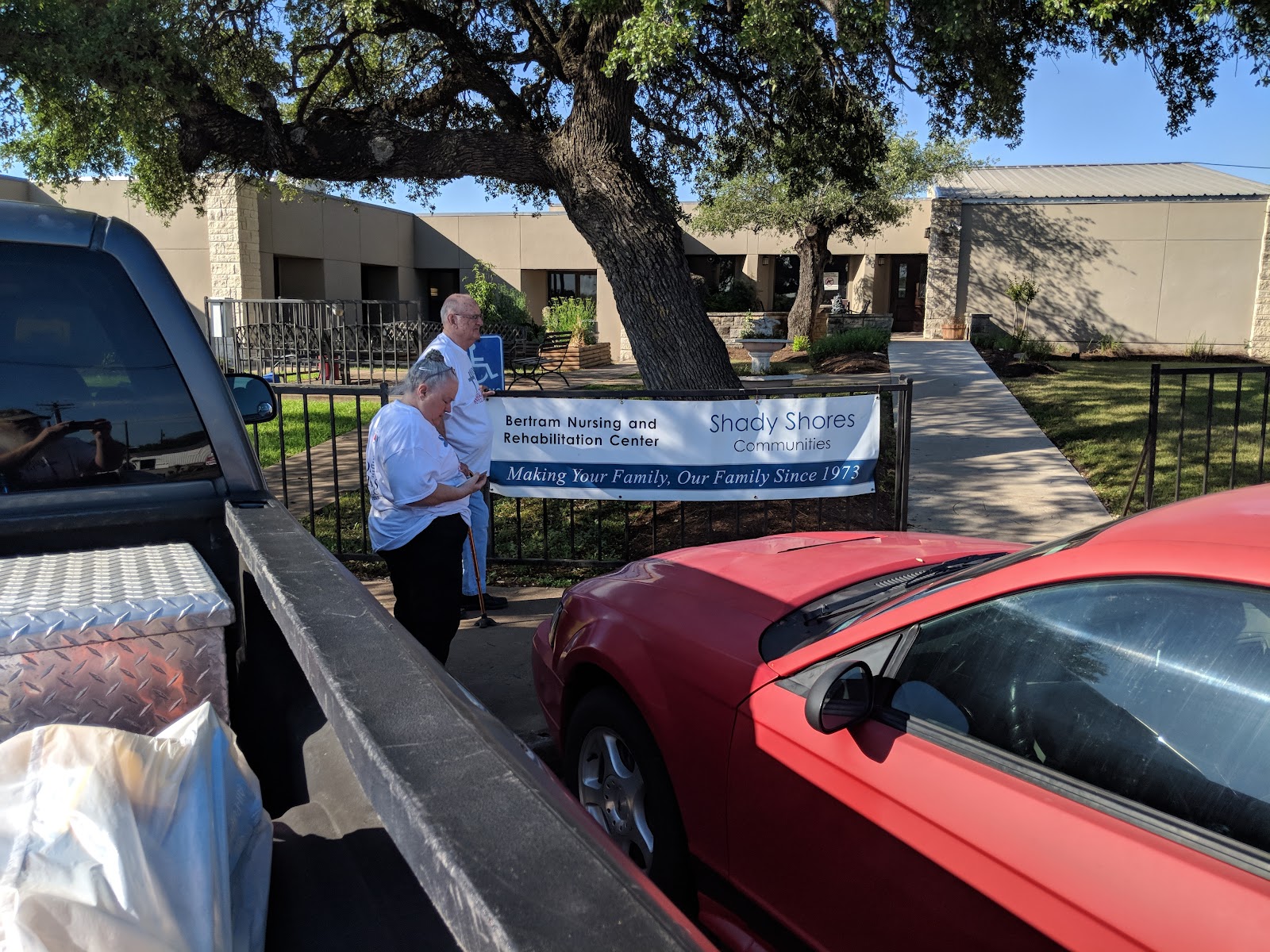 We arrived in Burnet well before our twelve o’clock lunch reservation at Mama’s Home Cooking, so we stopped at Mojo’s for coffee or iced drinks.

From there it was a two minute drive to Mama’s. The lunch meals were huge, good, and reasonably priced. 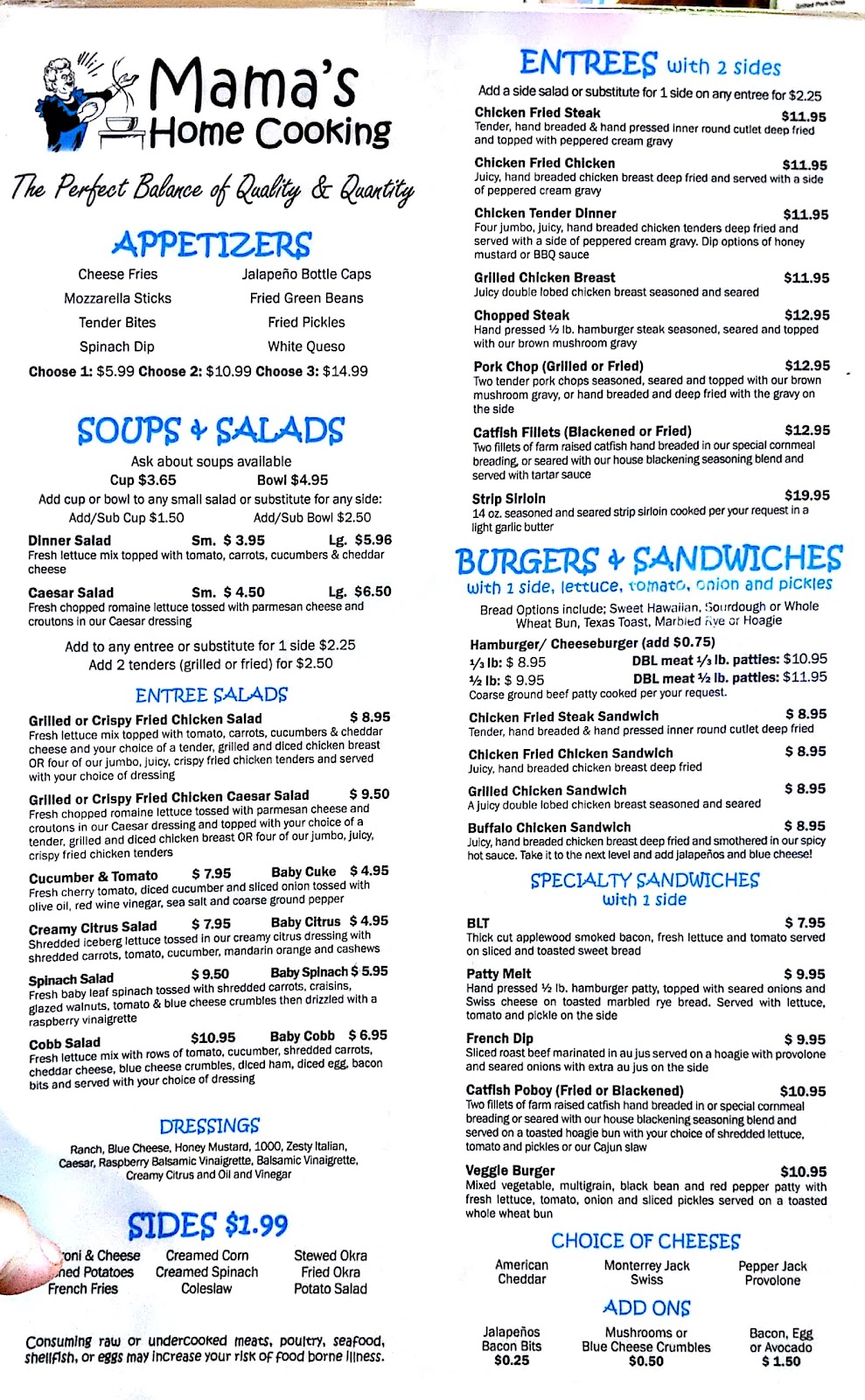 The retirement home had around twenty five residents there to hear us sing.

On our way out of town we drove through DQ for some malts. They felt good on throats well used in singing. 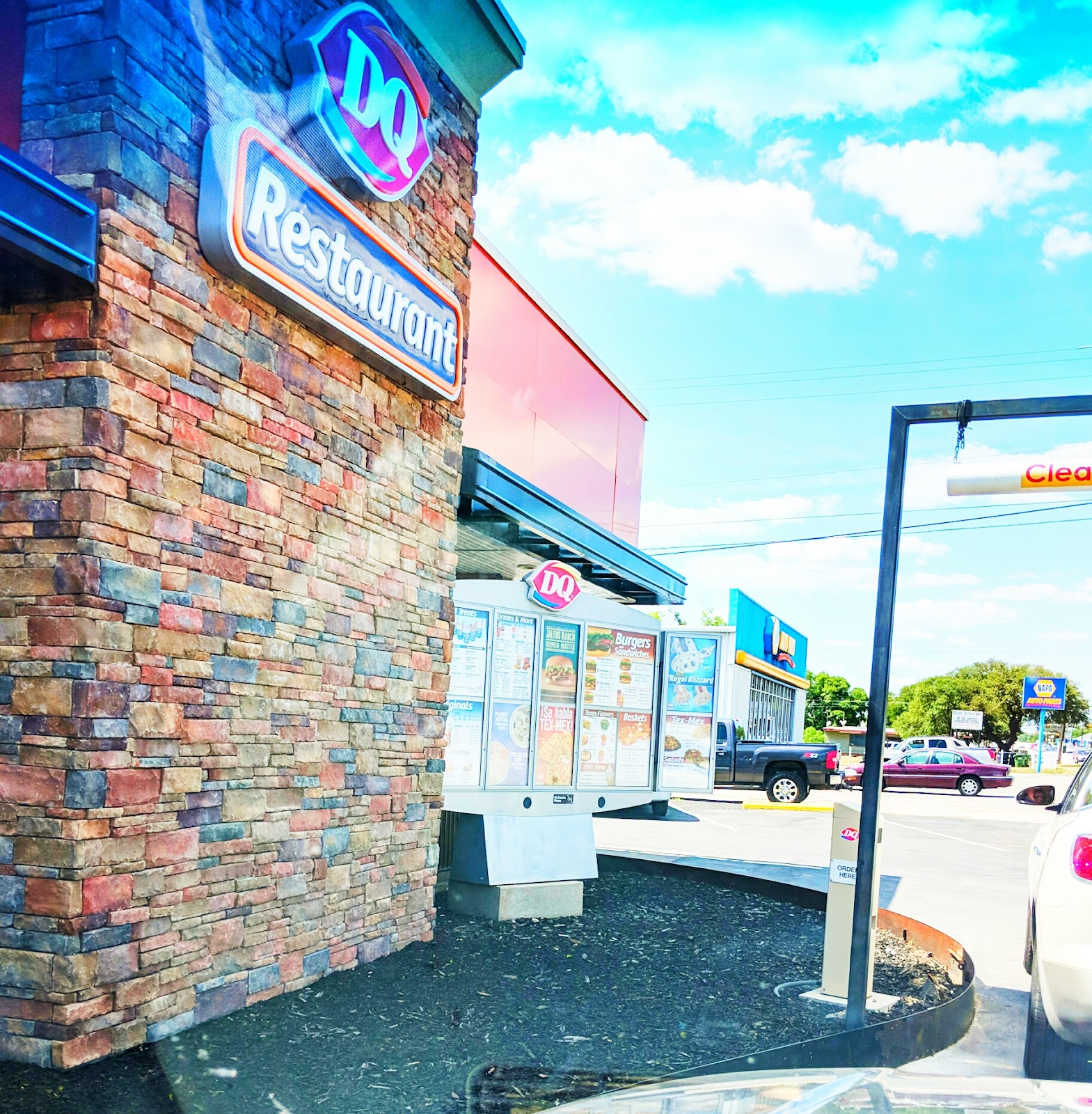 We come back to Liberty Hill by way of Marble Falls because I wanted to stop at Walmart and cash out some three gallon water jugs. I was informed that they did not pay for the return of jugs but that I was welcome to leave them. I’m fairly confident that I paid three dollars a piece for them. So I brought them home. I also had a box full of pennys that I ran through one of those machines and got three dollars and forty cents in exchange. Whoopie!

Once we were home Ella packed the truck while I moved things off of shelves in preparation for moving the trailer to storage.

I also moved furniture around and vacuumed under everything.

WHAT’S NEW WITH YOU?

Acts 9:1-6
Saul kept threatening to murder the Lord’s disciples. He went to the chief priest and asked him to write letters of authorization to the synagogue leaders in the city of Damascus. Saul wanted to arrest any man or woman who followed the way of Christ and imprison them in Jerusalem. As Saul was coming near the city of Damascus, a light from heaven suddenly flashed around him. He fell to the ground and heard a voice say to him, “Saul! Saul! Why are you persecuting me?” Saul asked, “Who are you, sir?” The person replied, “I’m Jesus, the one you’re persecuting. Get up! Go into the city, and you’ll be told what you should do.”

The conversion story of Saul to Paul has always donated me. Saul was a devout Jew. A religious man s so protective of his beliefs that he was willing to kill those whom he judged to be wrong. He thought he was doing God’s will. And then he met Jesus.

Jesus changes everything. He always has and always will be the agent of change.* Some people’s lives are changed dramatically like Saul/Paul while some are just a slight course correction.

Perhaps you were raised in a Christian home and have believed in Jesus from an early age and have always accepted him as your lord and saviour. Or maybe like Saul you needed to be knocked down so that you had to look up, be blinded so that you could see.