64°, breezy, and overcast to start the day. It became very windy in the afternoon with gusts of 30+ mph. The sun came out and the temperature topped out at 83° by three o’clock. And then it became completely overcast again. 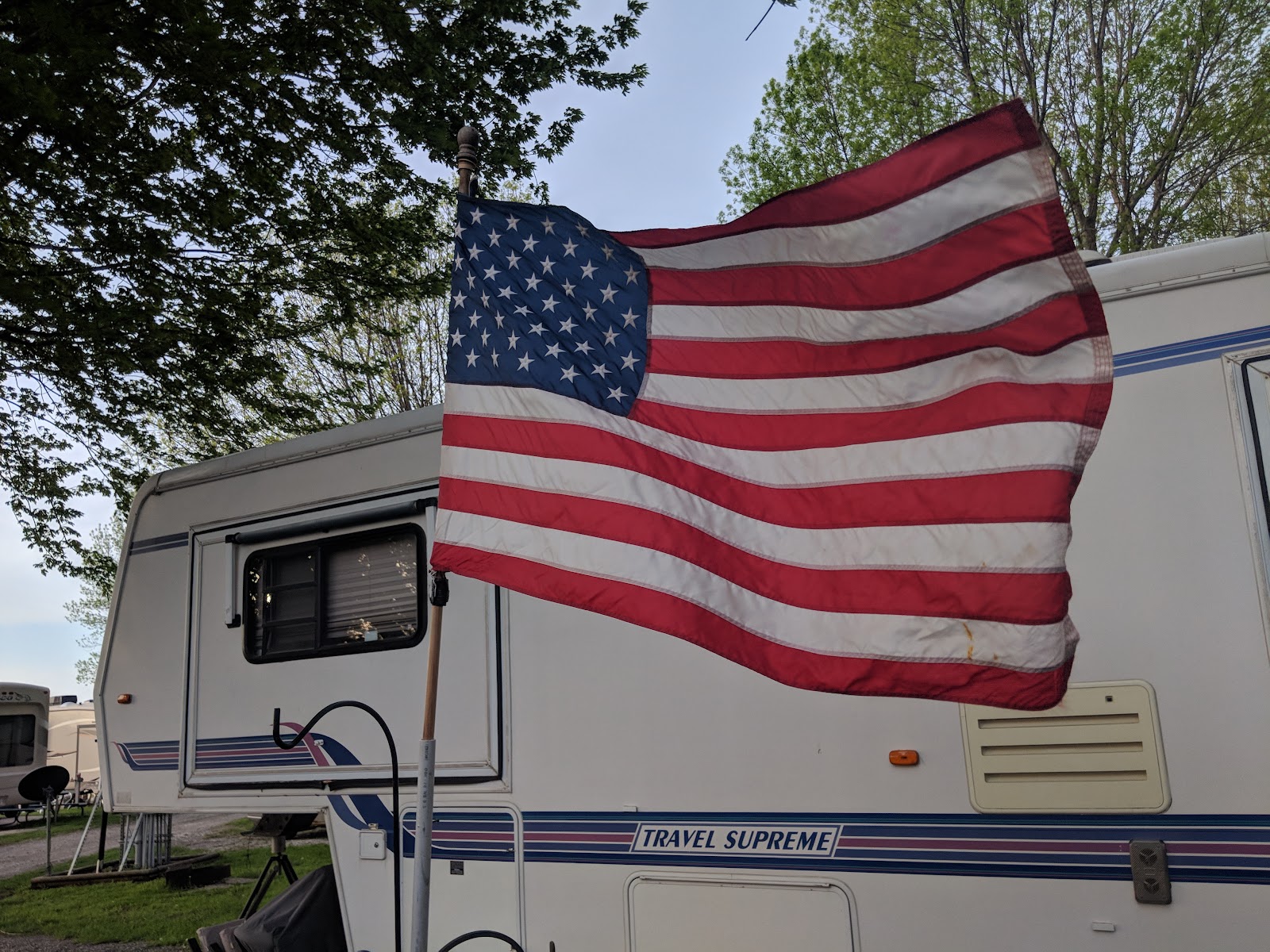 We went to the senior center for games and lunch. Ella also had her blood pressure checked by the public health nurse. 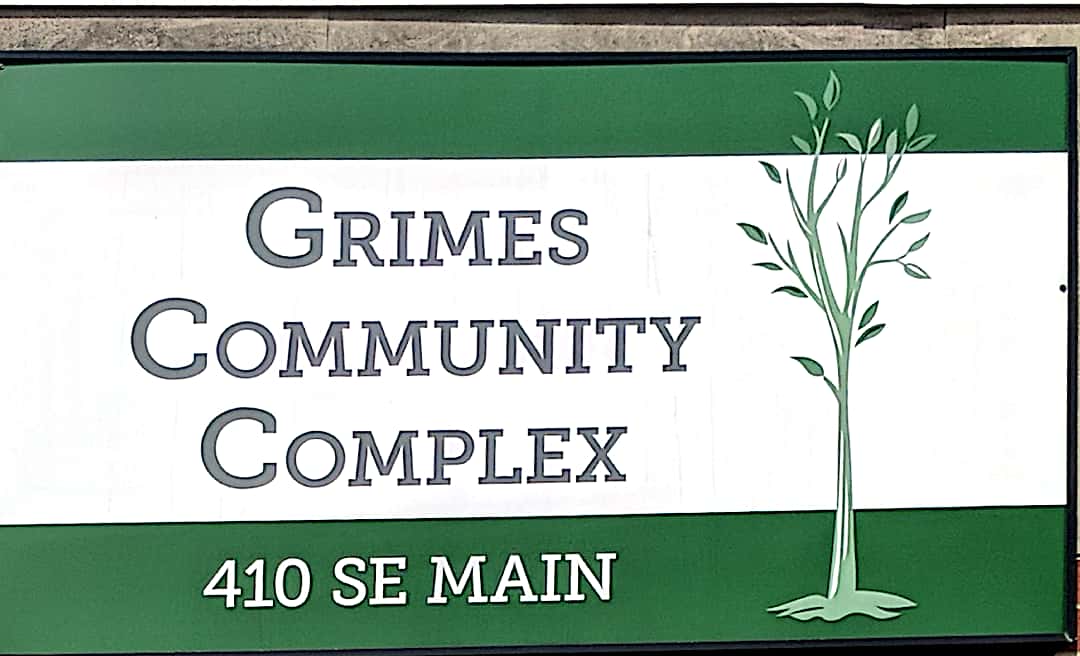 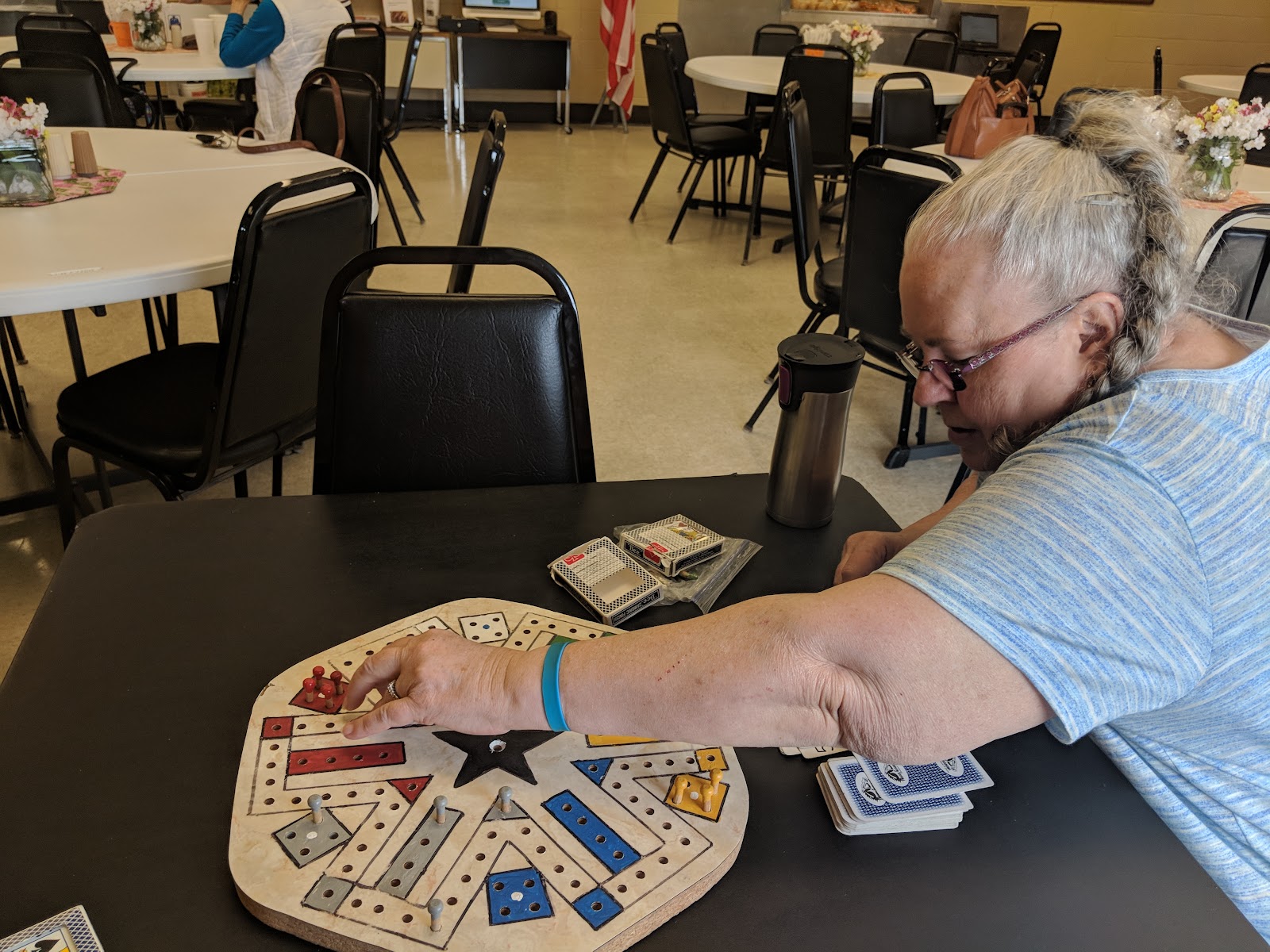 Every though the outside temp reached the low eighties, our trailer stayed relatively cool because of the shade provided by two large maple trees. As the season progresses and the sun moved further north, we will have more sun until midway through the day. That coupled with higher outdoor temperatures will mean more time with the air conditioner running. 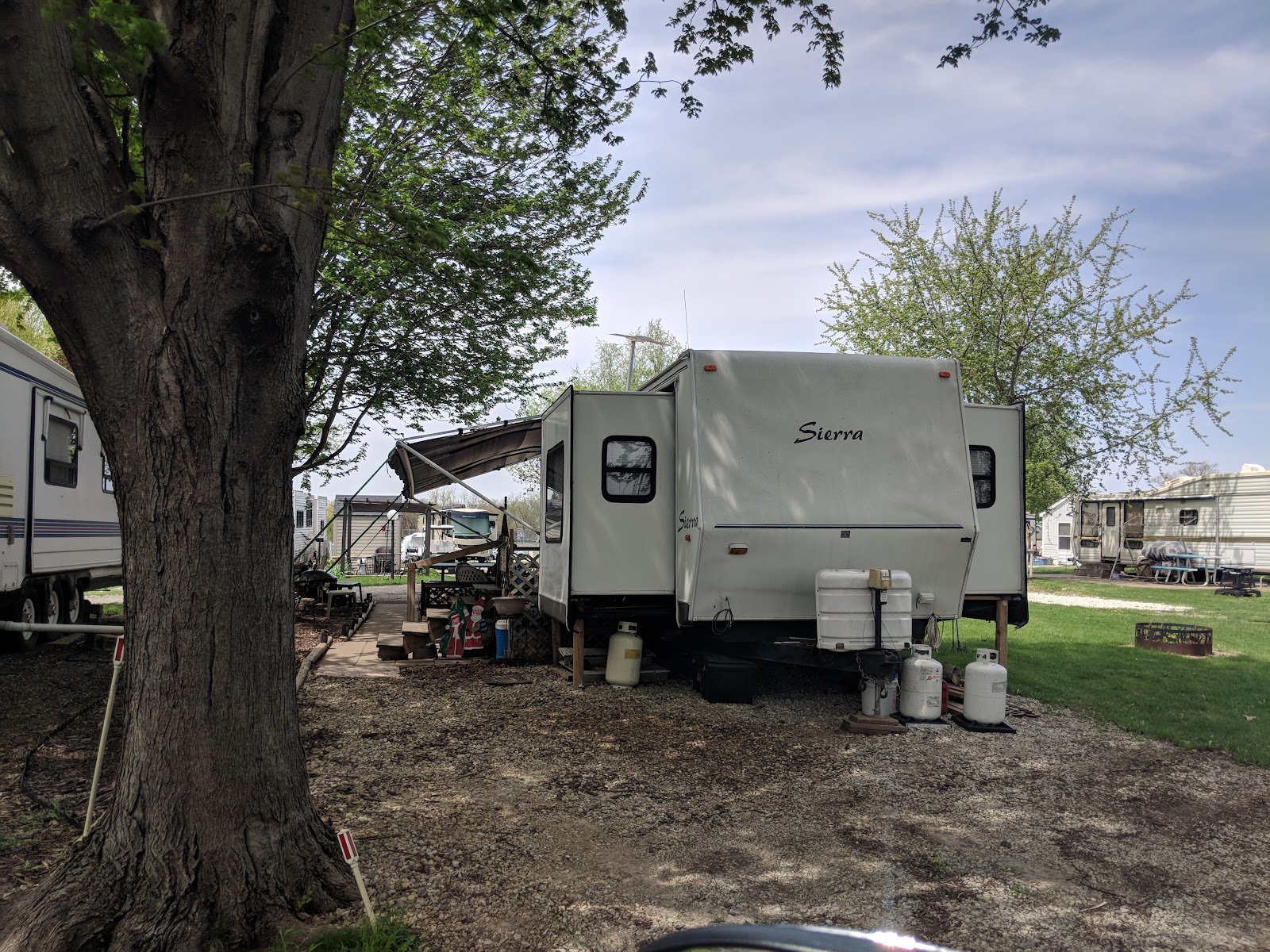 Ella has been having trouble with the nosepiece of her glasses. So we went back to where she bought them and had it repaired.

She head some prescriptions on order. So when she received a text that they were ready, we went to pick them up. At about the same time, I received a text from the pharmacy in Texas that it was time for me to reorder my medications. When Ella got hers she just asked to have mine filled here. Sometime in the next few days I’ll go back and get mine. 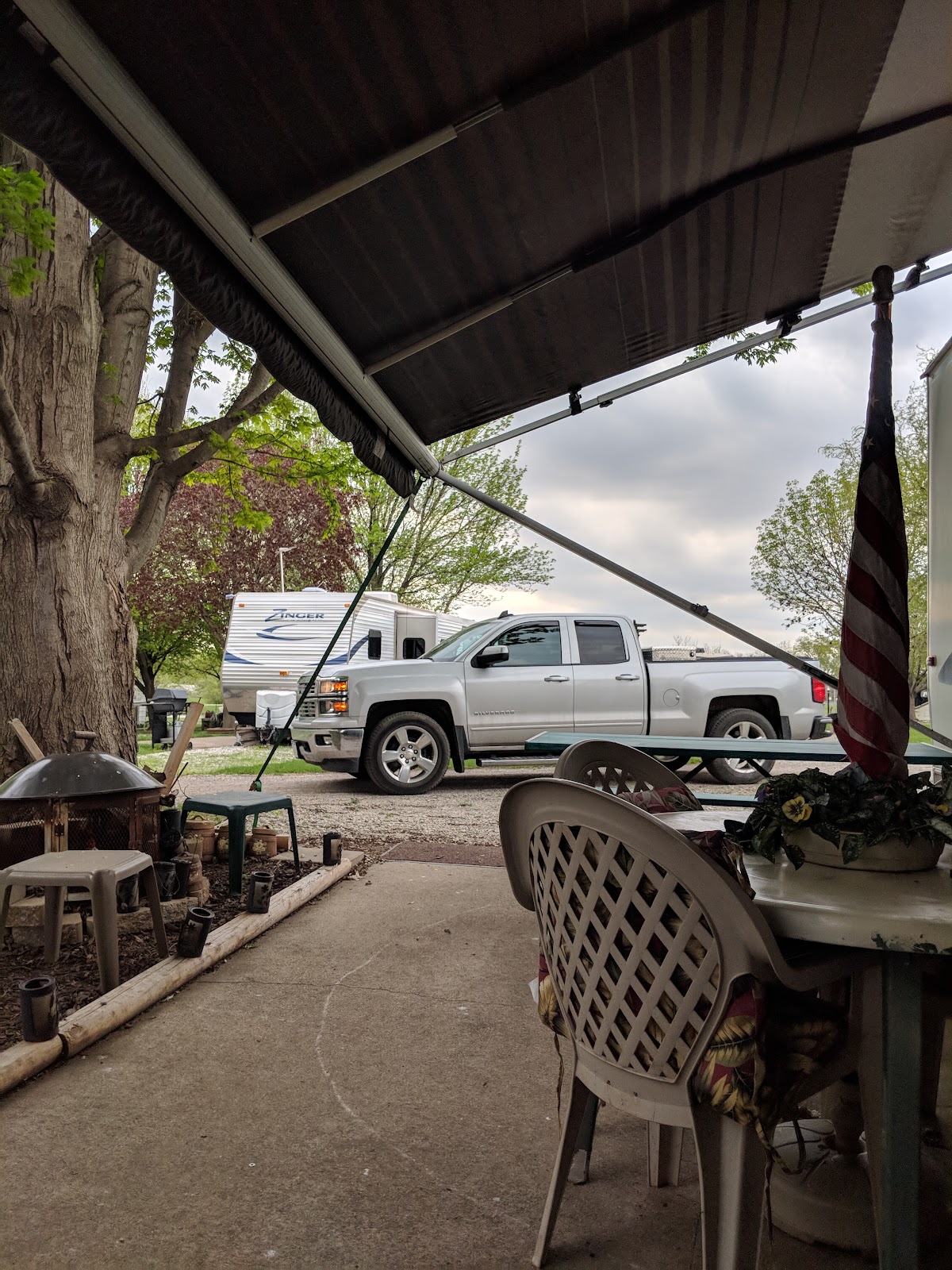 Son John and grandson Brandon came by to take Ella to by some plants for Mother’s Day. Shortly Ella called and told me to come up to the Mexican restaurant near Walmart.

As I was leaving the campground I saw two fire trucks, lights flashing, sitting in the parking lot across the street. 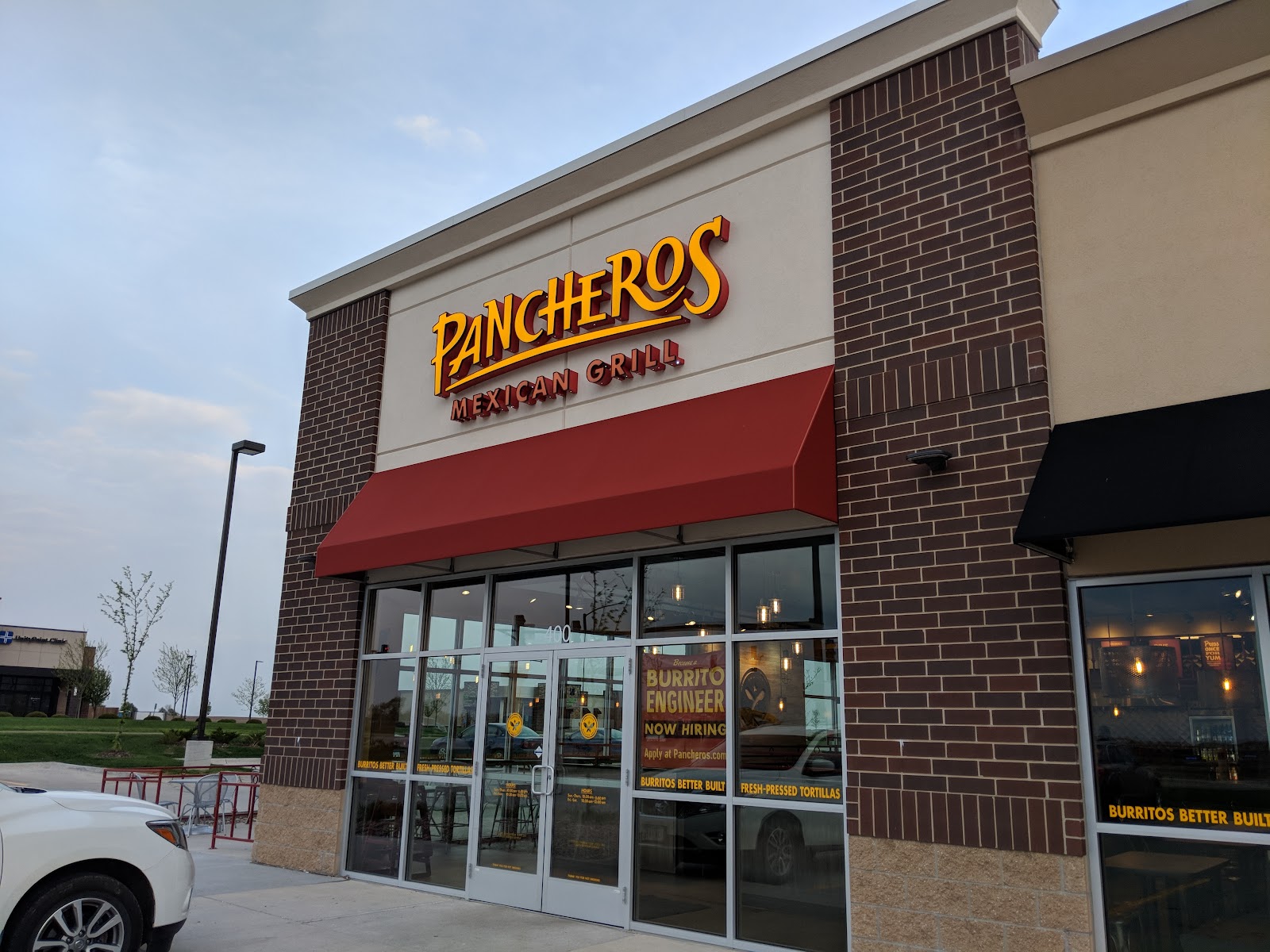 Then I met up with the rest of them at Panchero’s for some burritos.

Here is a photo of the sky about an hour before sunset. I’m glad I took it because it was the last time I (almost) saw the sun. 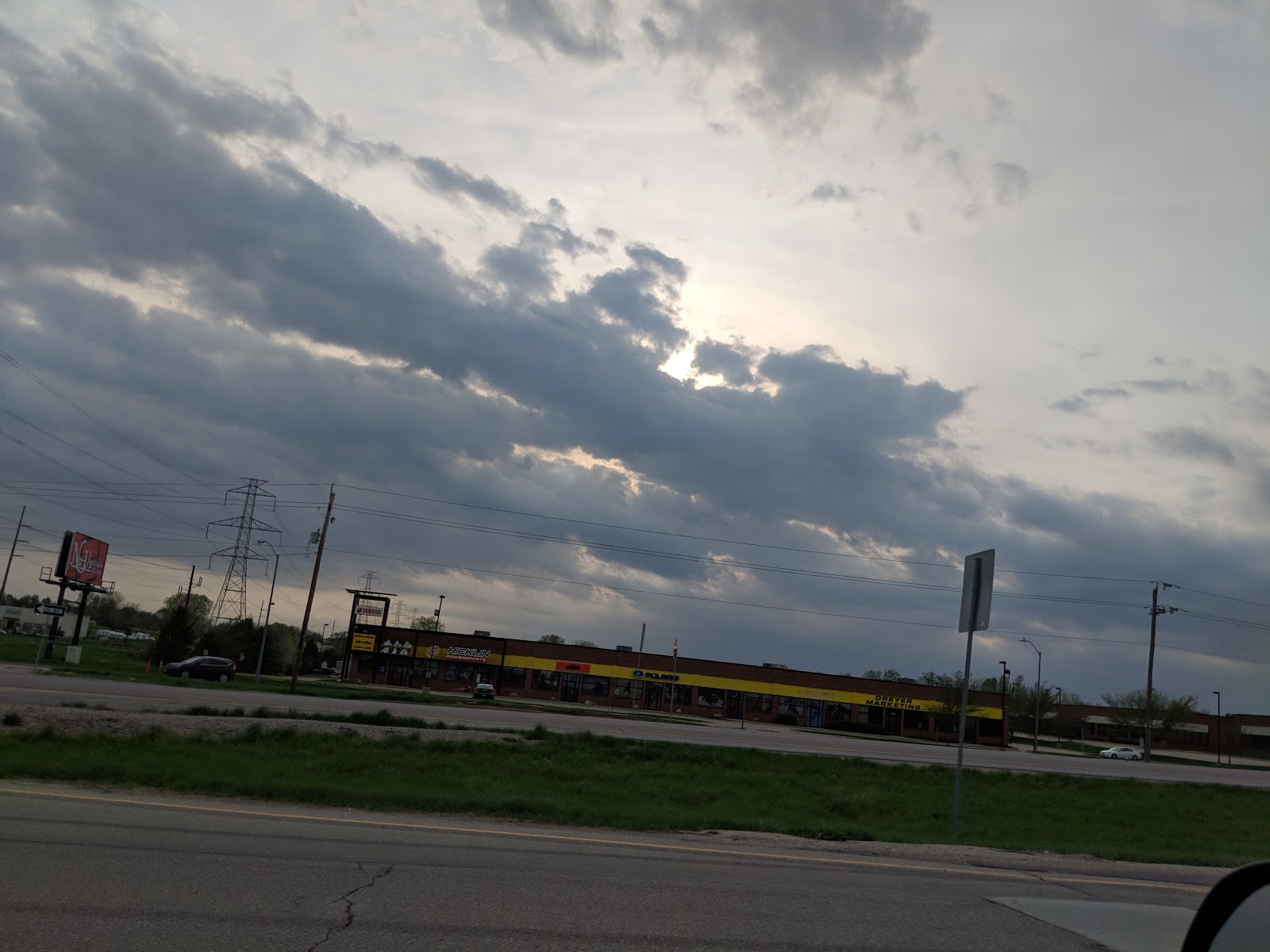 WAKE UP, GET UP, MOVE FORWARD

James 4:2-7
“You want what you don’t have, so you commit murder. You’re determined to have things, but you can’t get what you want. You quarrel and fight. You don’t have the things you want, because you don’t pray for them. When you pray for things, you don’t get them because you want them for the wrong reason–for your own pleasure. You unfaithful people! Don’t you know that love for this evil world is hatred toward God? Whoever wants to be a friend of this world is an enemy of God. Do you think this passage means nothing? It says, “The Spirit that lives in us wants us to be his own.” But God shows us even more kindness. Scripture says, “God opposes arrogant people, but he is kind to humble people.” So place yourselves under God’s authority. Resist the devil, and he will run away from you.”

James is an interesting writer who pulls no punches. He tells it like he sees it and is not concerned about being politically correct. We need people like James to correct us when we’ve gone astray. Does he make you uncomfortable? Good.

A preacher’s job has been described as: to make the comfortable uncomfortable and to comfort the uncomfortable. I’ve heard it so many times and in so many different ways.

I’ve heard it so many times and in so many different ways. Get out of your comfort zone. Success happens outside the comfort zone. You can not change without doing something new. You can not grow where you are comfortable because true growth requires pushing against the resistance. These sayings are true for your physical life, emotional life, your financial life, and most certainly for your spiritual life.

Feed your spirit on the word of God. Exercise your spirit by doing those things that Christ commanded us to do. Start with the great commandment (Matthew 22:36-40). Get out your bible and look it up. Now read Matthew 25:31-46. And the last commandment of Jesus is found in Matthew 28:19&20.

James challenged his flock to change. To which I’ll say, Amen.