It was 24° degrees again this morning. However, this should be the last time that we’re going to be below freezing for at least the next ten days. Having said that, there is not much sunshine in the ten day either. Nearly everyday has a chance of rain, which is a good thing.

Another benefit of cloudy days, they make for better sunrise and sunset photos than overcast or sunny days. As an example here is this morning cloudless sunrise photo.

As usual, we played games and had lunch at the Leander Senior center from 9:30 to around 1.

I had prescriptions to pick up at Walmart so it seemed like a good time to purchase bread, eggs, and bacon also. Quite often breakfast is the only meal we prepare at home, so those things run out first.

Speaking of fixing meals at home so, I made something for yesterday’s Sunday dinner that I haven’t had for a very long time. Yorkshire pudding. Ella had never heard it before and we’ve been together for over a quarter of a century. And I’m not sure if I ever made it for the first wife or during the years between. I told you it had been a long time. It was good. Not as good as Momma used to make, but good. I served it with a thick and meaty beef gravy chocked full of mushrooms.

The truck mirror that was broken has now been replaced.

When we got home today I replaced it. I have to say I was a little shocked when I opened the package and saw my reflection in this convex mirror. 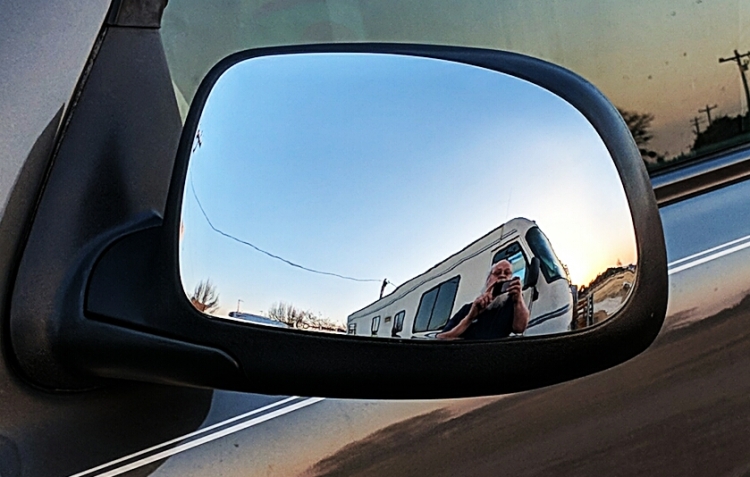 And then I realized that it was the reverse side of the actual mirror.

I had another shock when I went out to take the photos of the mirror, there was a sheriff’s vehicle in the park. 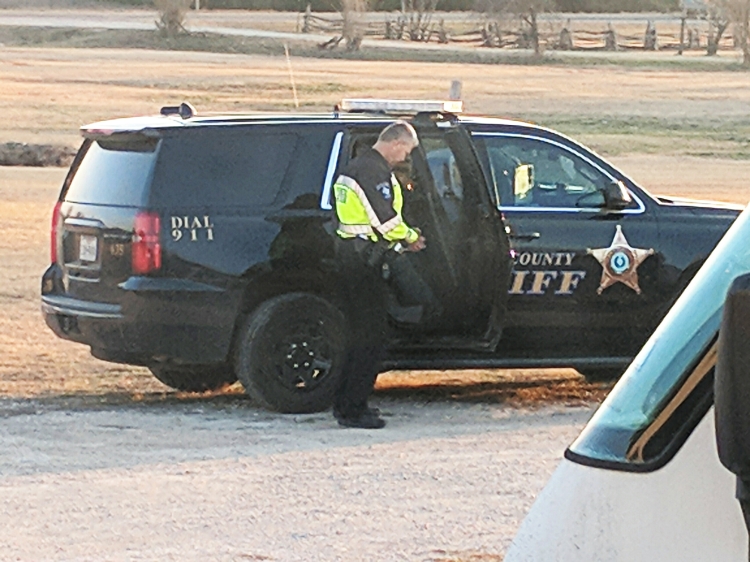 I don’t know what was going on but I’m sure I will. The park owner is very strict with any type of misbehavior. I know of two other times that the police have been called here. And the next day they were evicted.

I posted on Monday about seeing the solar farm and that I was disappointed in the photos I took. Well, for grins and giggles, I pulled up Google Earth and found a satellite image of it

as well as our camping spot with a shot of our actual unit on the site. 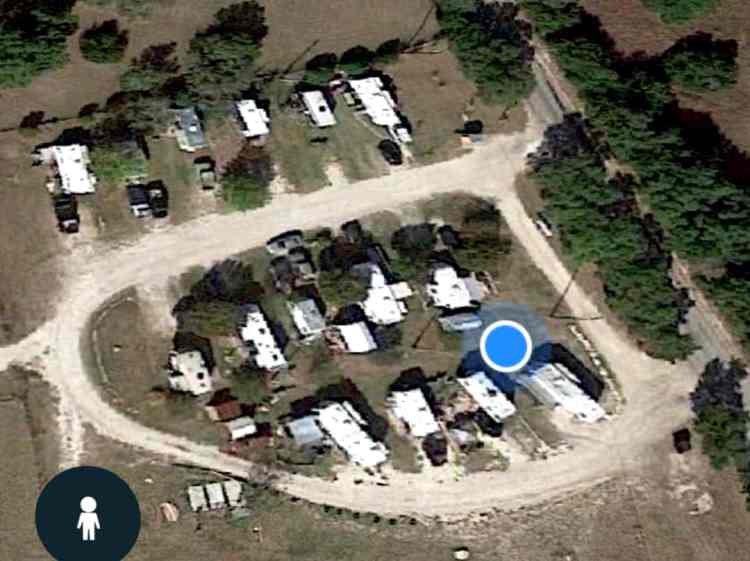