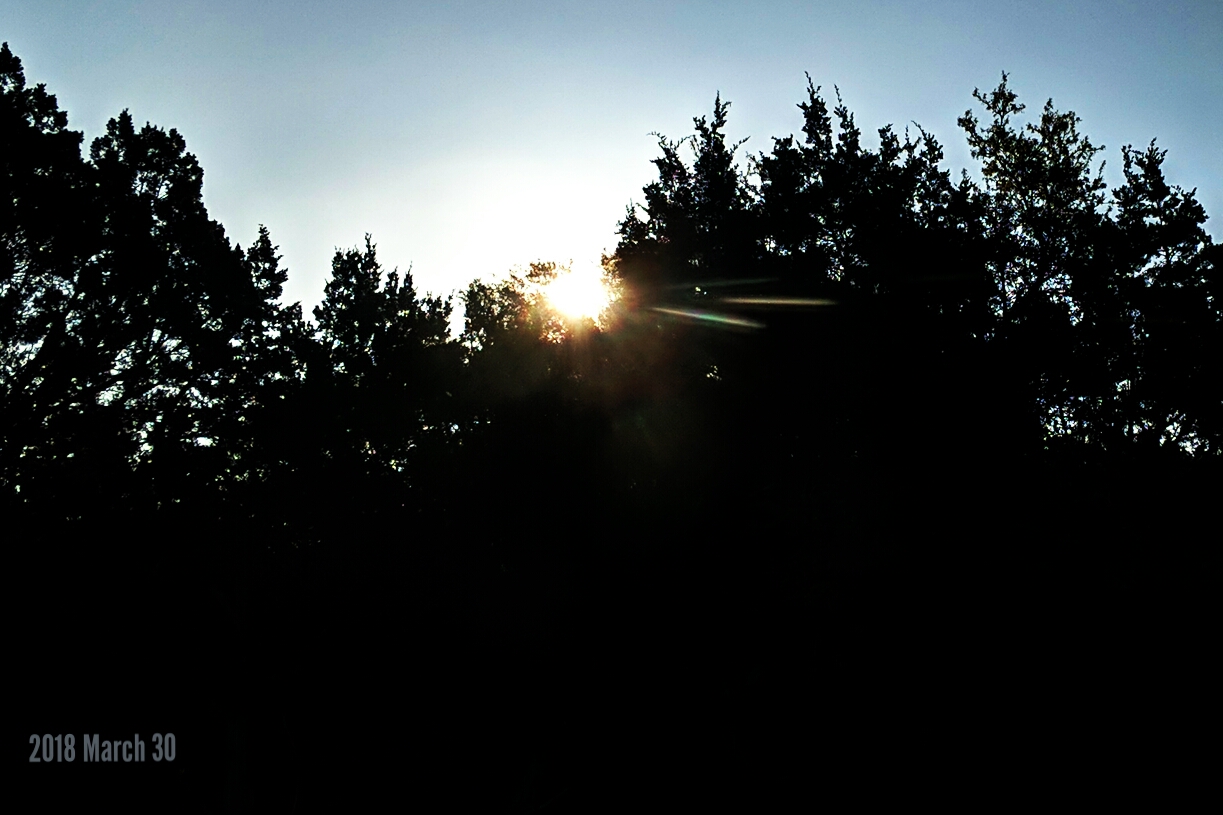 We had some shopping to do. First at Costco and then at Walmart. I really wanted to try the preorder and drive up at Walmart. However, I kept losing the connection on the phone.

Have any of you used this Walmart service? If so, what’s your impression?

Ella and I are both impulse buyers. I suspect that, if we didn’t go in the store, we might save some money.

Nothing much happened for the rest of the day until we sang at the Good Friday service.

The sun was already below the horizon when we came out from worship.

WHAT IS GOOD ABOUT GOOD FRIDAY

Isaiah 53:4-9
“He certainly has taken upon himself our suffering and carried our sorrows, but we thought that God had wounded him, beat him, and punished him. He was wounded for our rebellious acts. He was crushed for our sins. He was punished so that we could have peace, and we received healing from his wounds. We have all strayed like sheep. Each one of us has turned to go his own way, and the LORD has laid all our sins on him. He was abused and punished, but he didn’t open his mouth. He was led like a lamb to the slaughter. He was like a sheep that is silent when its wool is cut off. He didn’t open his mouth. He was arrested, taken away, and judged. Who would have thought that he would be removed from the world? He was killed because of my people’s rebellion. He was placed in a tomb with the wicked. He was put there with the rich when he died, although he had done nothing violent and had never spoken a lie.”

Matthew 27:12-14
While the chief priests and leaders were accusing him, he said nothing. Then Pilate asked him, “Don’t you hear how many charges they’re bringing against you?” But Jesus said absolutely nothing to him in reply, so the governor was very surprised.”

Matthew 27:27-31
“Then the governor’s soldiers took Jesus into the palace and gathered the whole troop around him. They took off his clothes and put a bright red cape on him. They twisted some thorns into a crown, placed it on his head, and put a stick in his right hand. They knelt in front of him and made fun of him by saying, “Long live the king of the Jews!” After they had spit on him, they took the stick and kept hitting him on the head with it. After the soldiers finished making fun of Jesus, they took off the cape and put his own clothes back on him. Then they led him away to crucify him.”

Eight hundred years before his birth, Jesus death was already chronicled by the prophet Isaiah. It’s not a pretty picture. Imagine that you just read it in your local newspaper. What would your reaction be? Outrage? Grief? Anger? Disbelief? Would it ever occur to you too call it a good Friday?

Here is the reason we can call it good,
“Christ died for us while we were still sinners. This demonstrates God’s love for us.” Romans 5:8

It is good because the predicted Messiah had come and completed the task of rescuing his people from their sins.

Have a blessed Friday.