62° at 4:30 when I woke. The moon had just barely began its circuit at that time. By the time for the sunrise it had clouded over. 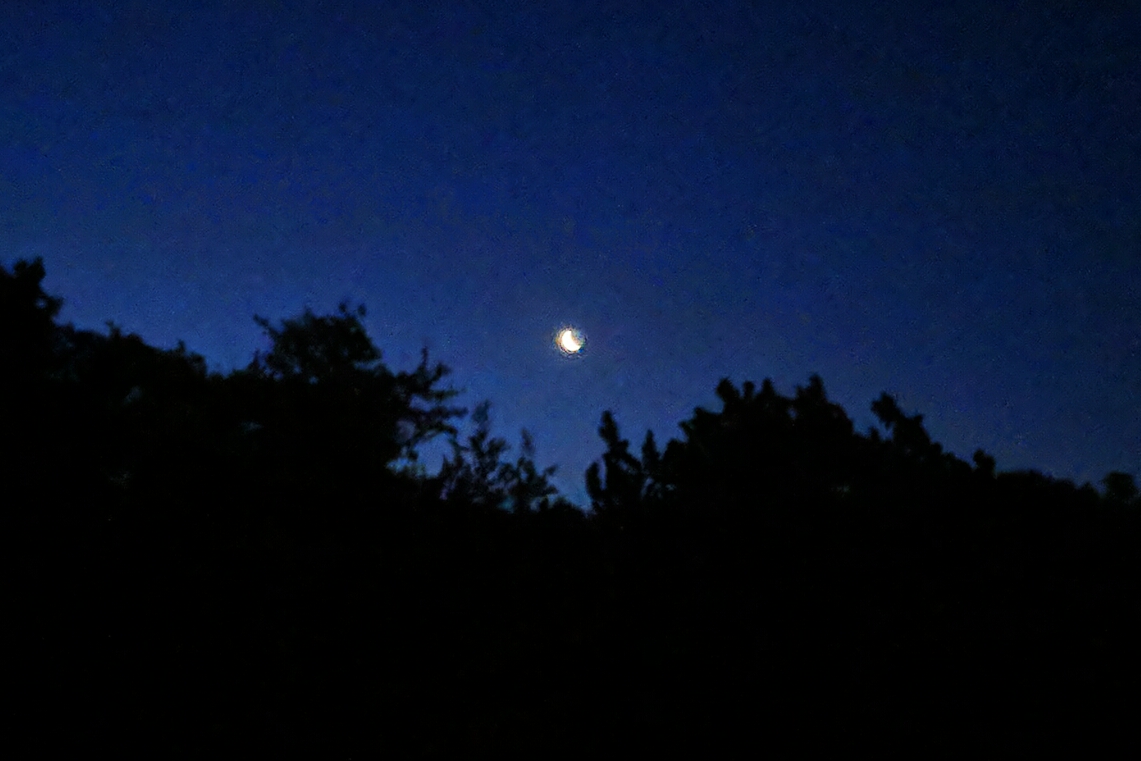 We both had appointments with one of our cardiologists at eight in the morning in downtown Austin. It is always interesting to drive into the city during the morning rush.

It didn’t take long for the medical staff to update our prescription records, weigh us, check blood pressure, pulse and oxygen level. Then the doctor came in and looked at the report from our c pap machines, gave us two thumbs up, and we were done.

Because we were early in and early out, we arrived very early at the OTHG* before 9:30. No one but the cooks arrive that early. We sat and played games while waiting for others to arrive.

The meatloaf was very good today. 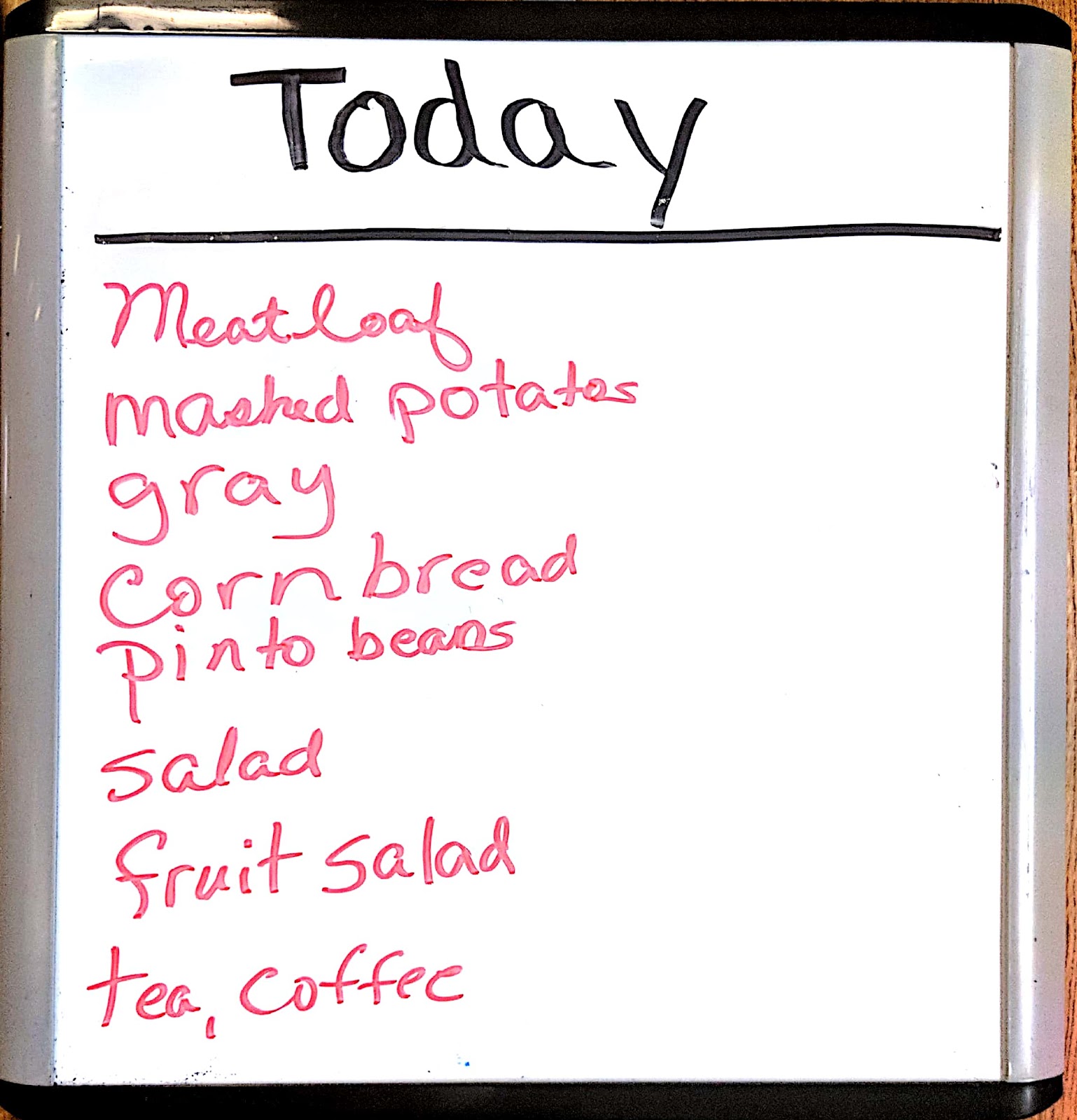 Along with the cake (from the Georgetown senior center) I also brought the remainder of the cornbread, that I’d baked yesterday, to share.

The local law enforcement officers come to the OTHG every Thursday to help serve us and then stay to eat. The fact that there are always cop cars around the building, I’m sure some folks must think that we are an unruly gang of old folks. 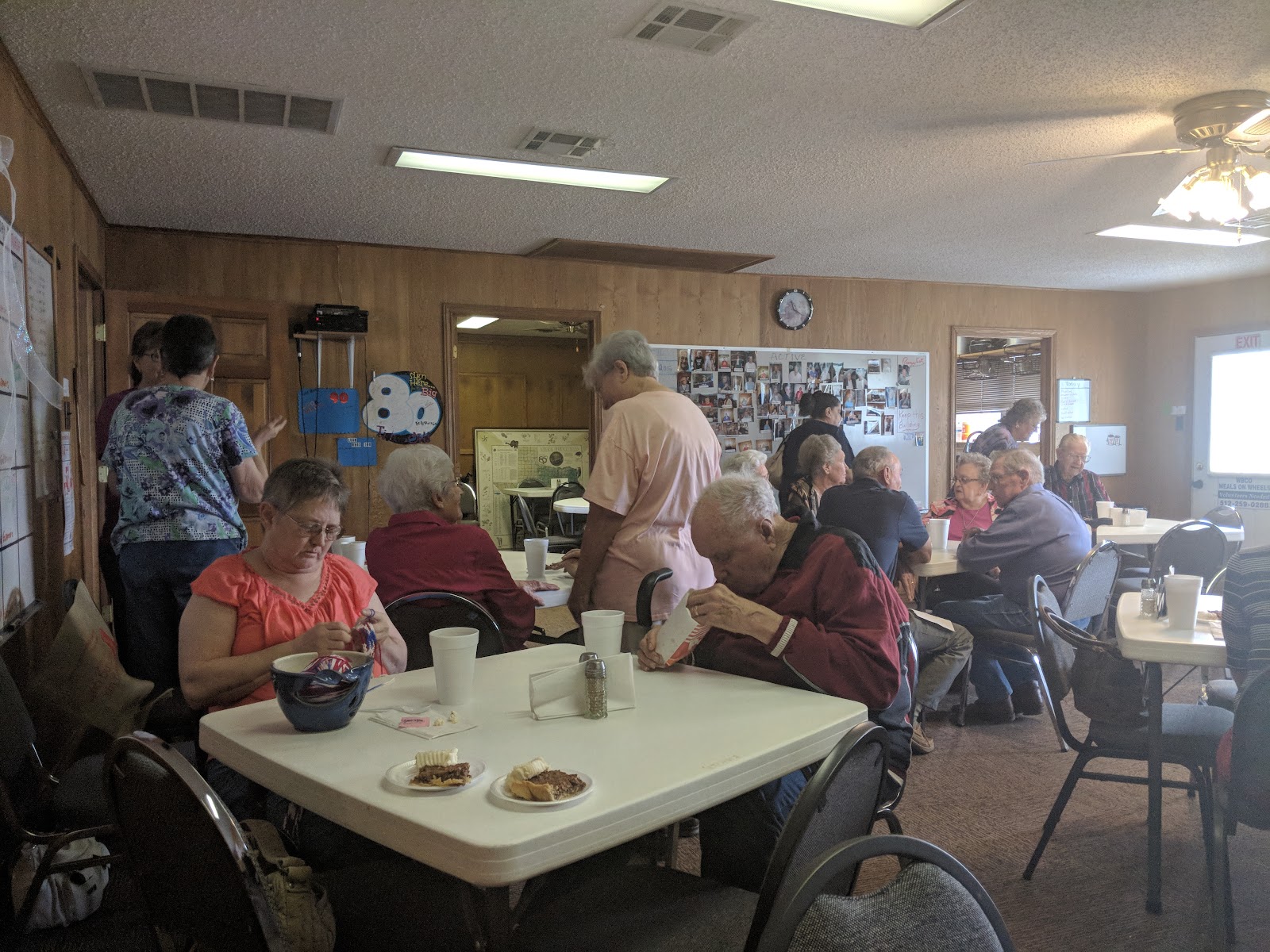 But we really aren’t that crazy. Mostly we visit, eat, and play games. 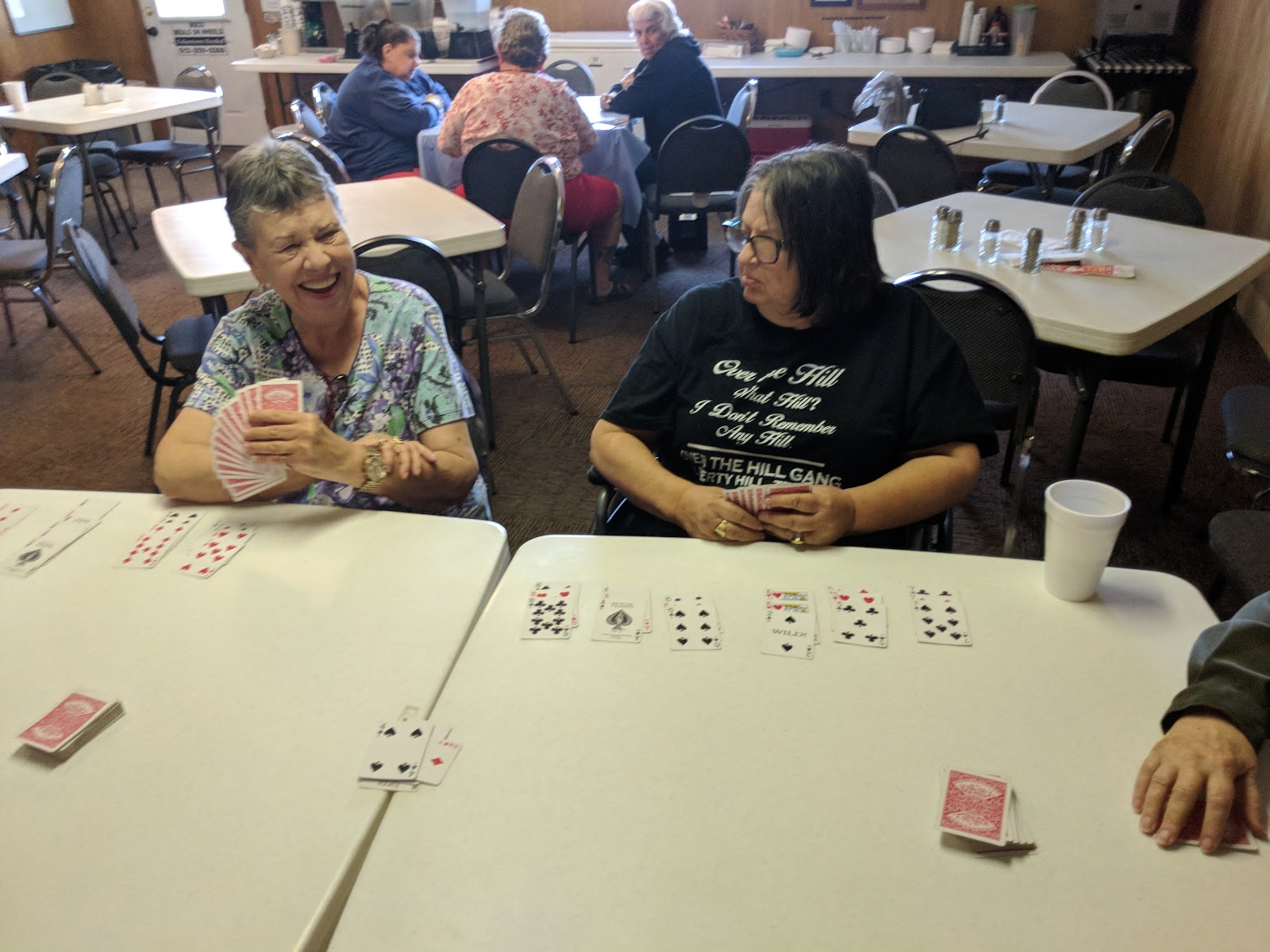 In the evening we went to grandson Beket’s game. Twice here got a base hit then stole 2nd, 3rd, and home.

The sun set just as the game was ending.

*Members of the Over Hill Gang of Liberty Hill enjoy conversation and a home cooked meal at the weekly Thursday luncheon. All seniors, age 50 or older, are invited to attend and participate in the group’s activities.

Mark 6:54-56
“As soon as they stepped out of the boat, the people recognized Jesus. They ran all over the countryside and began to carry the sick on cots to any place where they heard he was. Whenever he would go into villages, cities, or farms, people would put their sick in the marketplaces. They begged him to let them touch the edge of his clothes. Everyone who touched his clothes was made well.”

Can’t you just hear the excitement in the voices of these people? “The healer had landed at our shoes. Bring the sick to be healed!” And they came running. Really running to be first in line to be healed of their illnesses and infirmities. Relatives and friends carrying those unable to reach him on their own.

And he healed them even if they only got close enough to touch his clothing. The more he healed, the more they came crowding in around him. What power was cracking through the air.

And yet, these people came with too small of reasons and requests. He came to do so much more than make the lane to walk and the blind to see. He came to set free their immortal souls.*

Yes, Jesus cares about our mortal bodies and our daily lives. But how much more concerned is he with our forever-lives?

When you come to the Lord seek first the kingdom of God and the remainder will also be given.**