72° and overcast with a light mist.

A trip to the VA clinic for lab work was the first thing on our busy schedule for today. 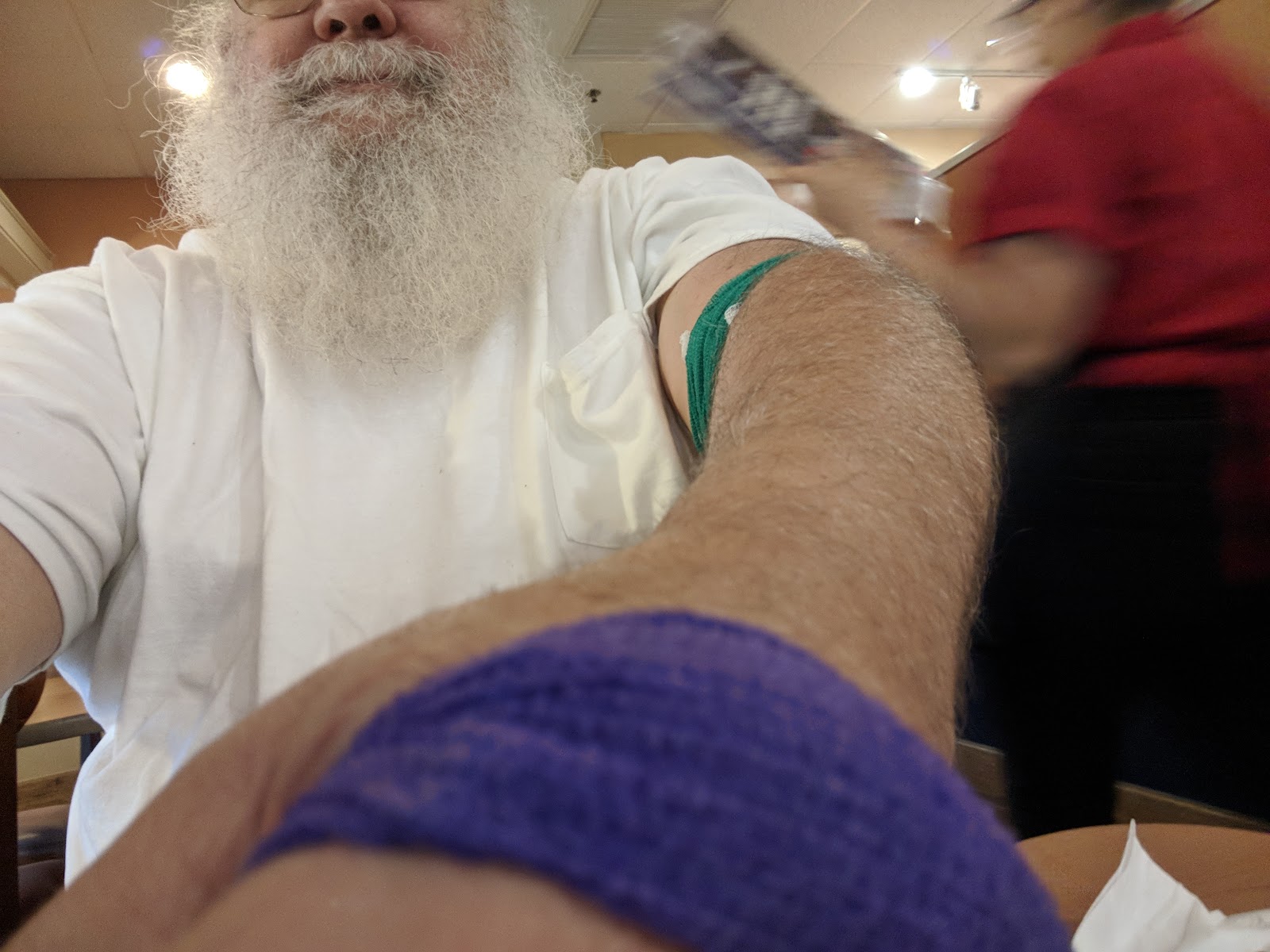 They only had to stick me twice today. That’s a good day. Some days it takes four sticks to get their vile vials.

Then it was around to IHOP for breakfast. 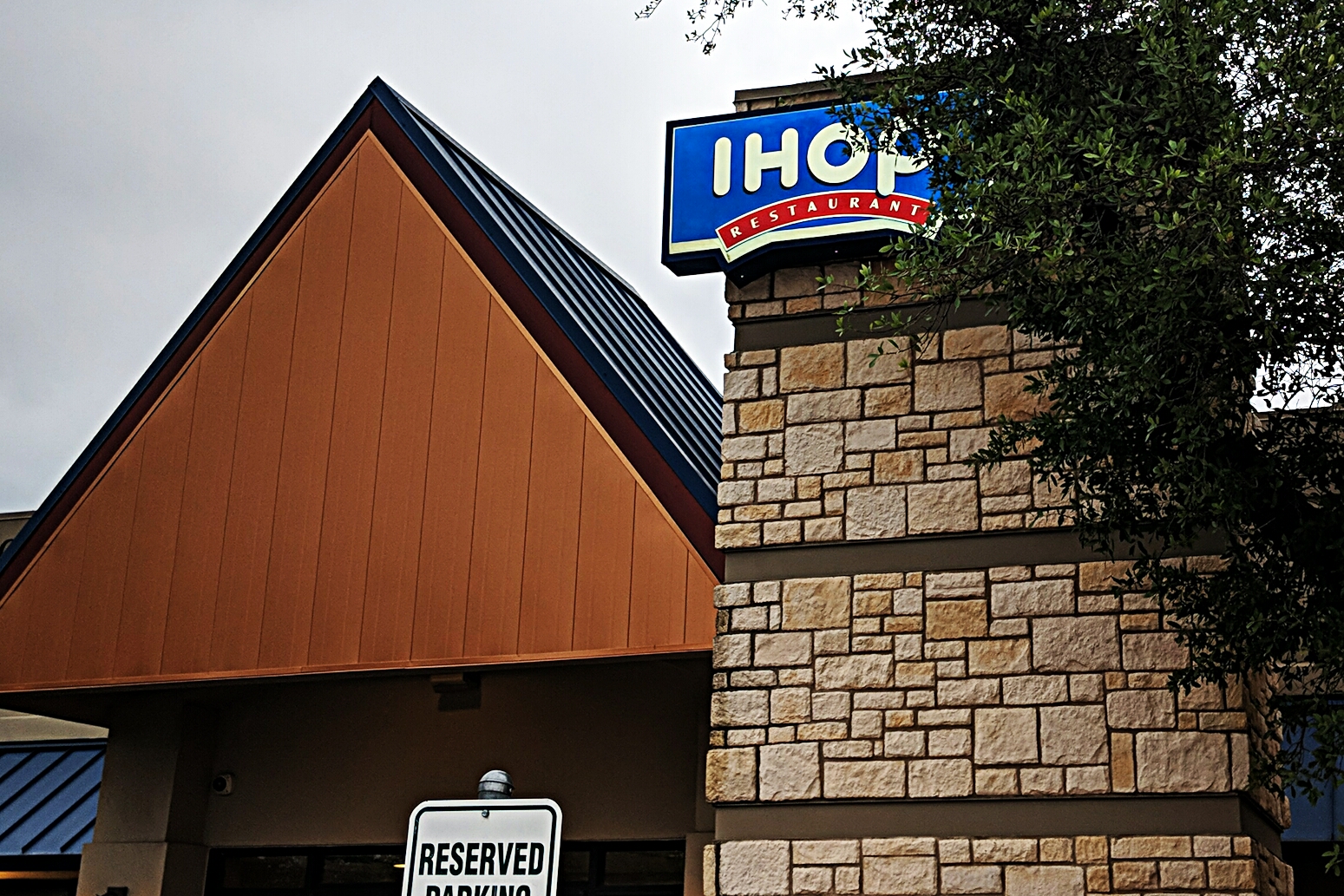 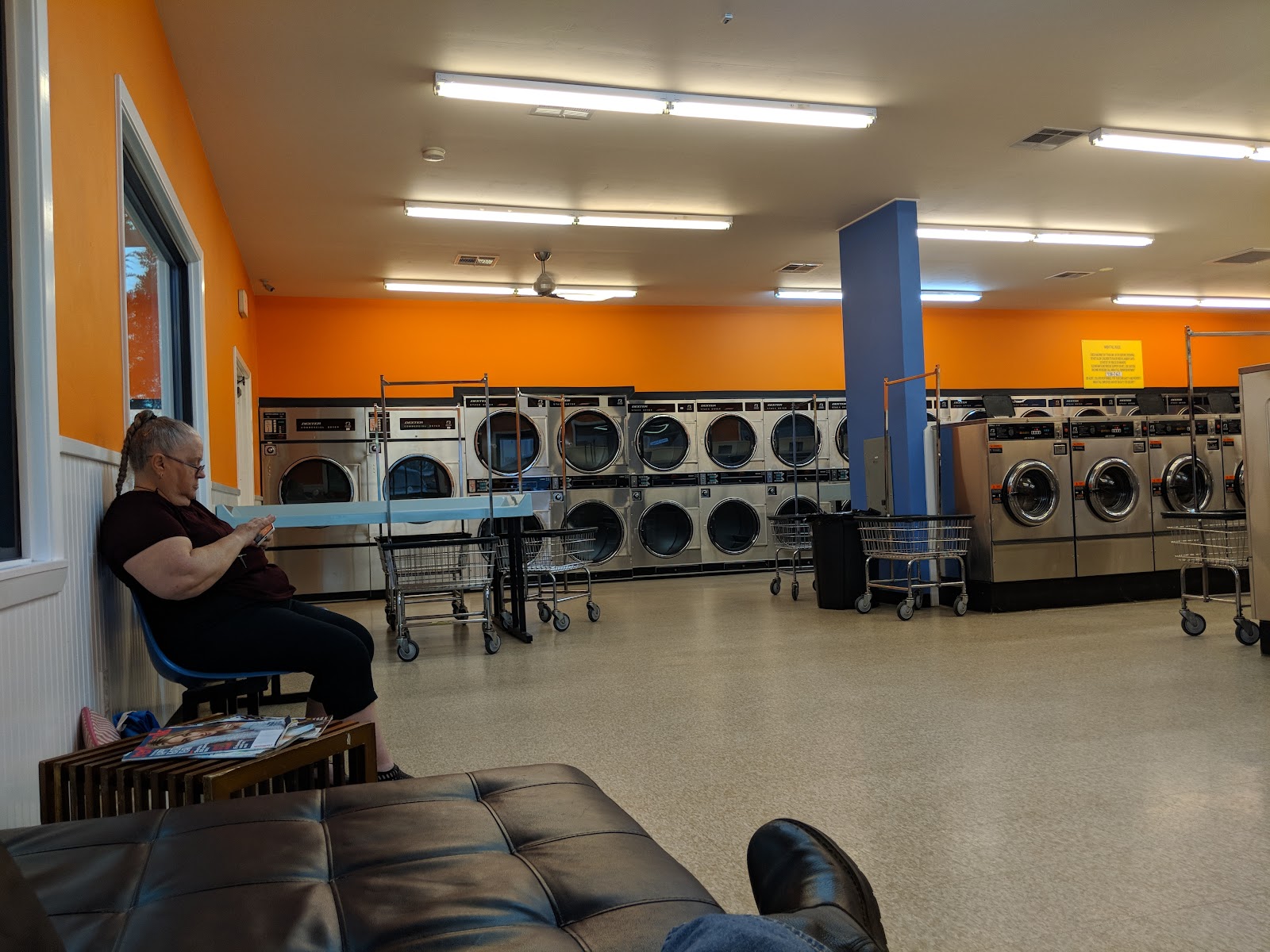 With laundry done, we went down the street to the Leander UMC. Our 50+ group was having a lunch with the Leander fire chief, which was to start at noon. We were over an hour early. So we pitched in and helped with the set up: toting chairs, preparing name tags and place settings, and setting the drink dispensers in place. 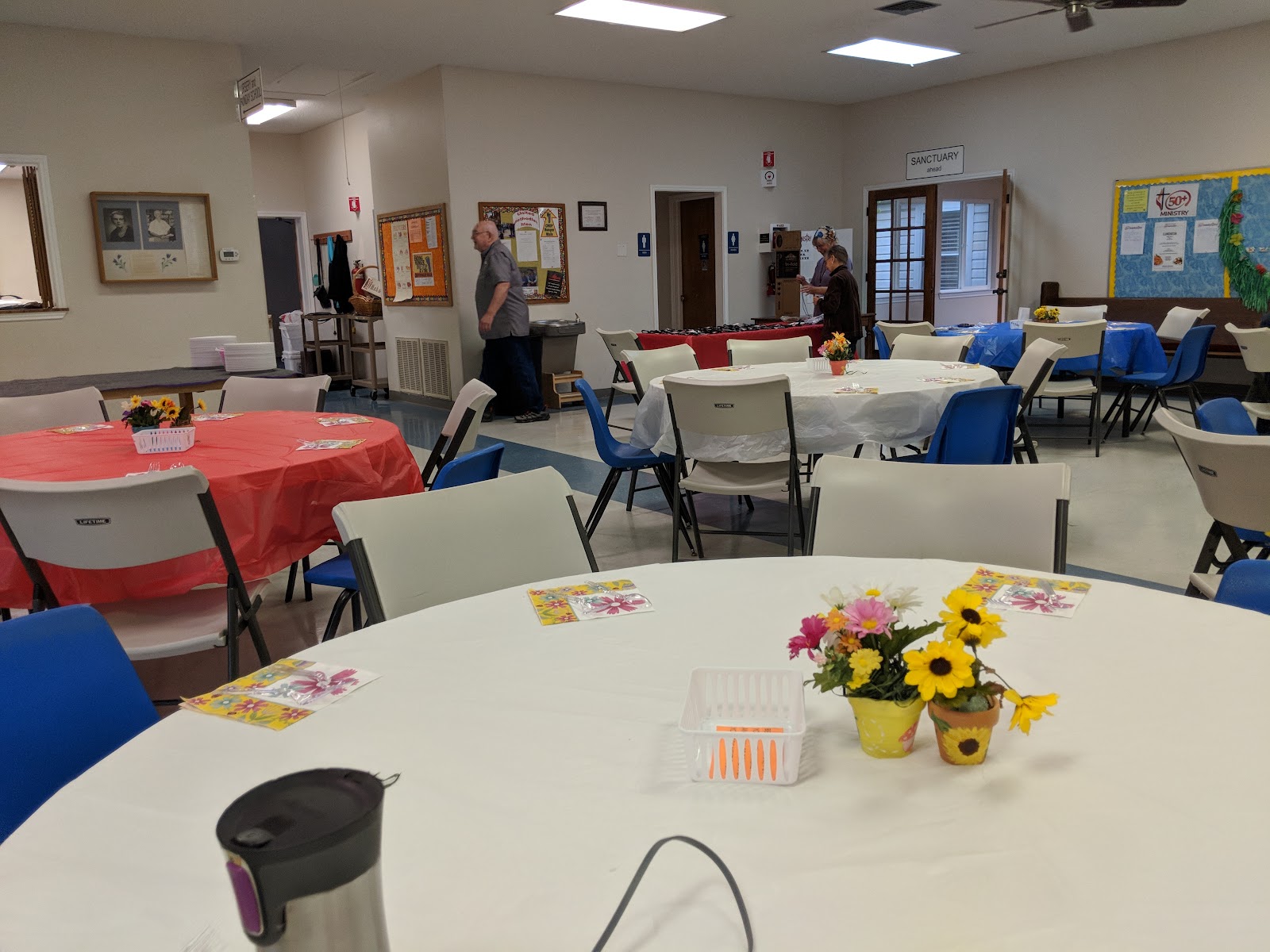 The crowd gathered and we had a great spaghetti lunch. 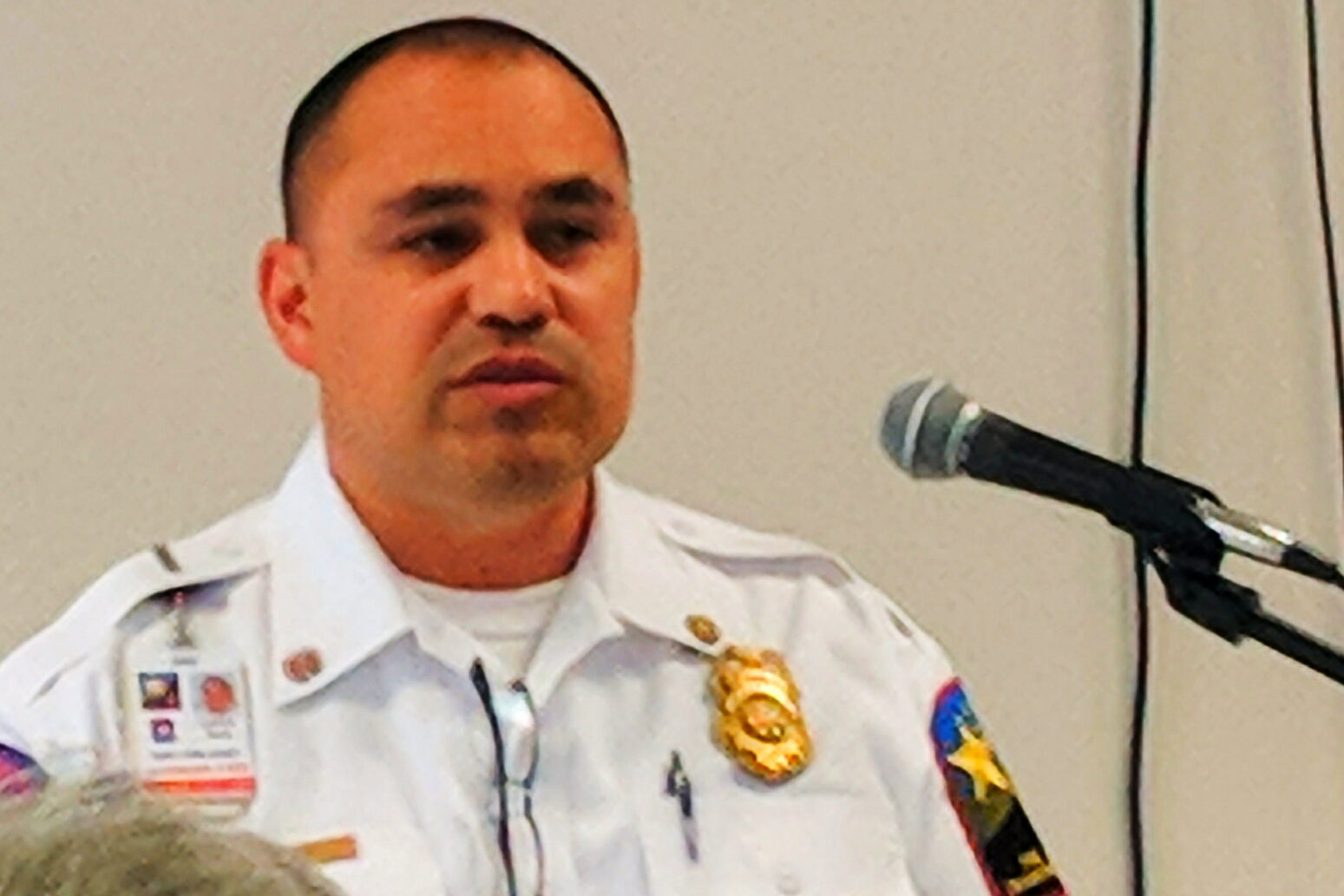 We had a talk by the assistant fire chief about general fire safety and smoke detector safety in particular.

While he was speaking I received a text message that my Walmart groceries were ready for pick up. 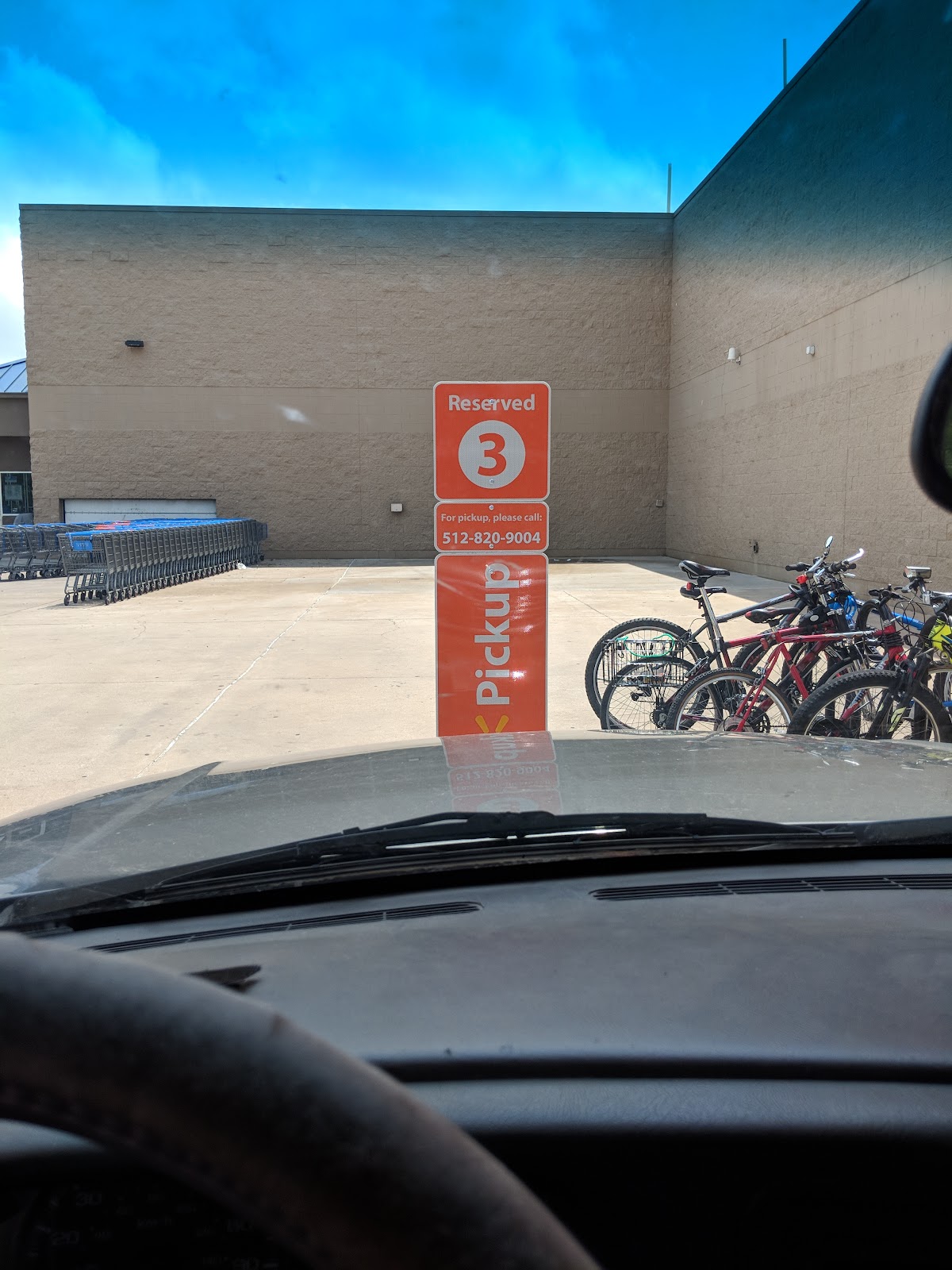 I sent a text saying that we were in the way and allowed Walmart to track me. When I pulled into the pick up spot my phone announced that we had arrived and that an assistant was on her way with our order. Very shortly they arrived. For our first test of the system, if rate it two thumbs up.

On a different note, it began to thunder and sprinkle shortly after 11:00. But by 12 the sun had come out.

It was close to three when we arrived home. We quickly put the groceries away. Ella got her clean clothes put away also. I opted to rest first.

One thing only remained in our schedule for today: a prayer vigil at Cross Tracks Church starting at nine tonight. Ella said that she wasn’t going and I decided not to go also. That doesn’t mean I will not participate, it only means that I shall do so from home.

And here is a glorious sky. Clear on one side, clouds in the other, and a setting sun in the middle.

WHAT MORE COULD I HAVE DONE?*

Let me tell you a story of a head-strong, self-willed child. Before she could walk, she climbed into the couch and turned the dial on the thermostat. We had hot water heat, so by the time we noticed how warm it was becoming and adjusted the thermostat, it took an hour or so to cool down.

Galatians 4:8-11
“When you didn’t know God, you were slaves to things which are really not gods at all. But now you know God, or rather, God knows you. So how can you turn back again to the powerless and bankrupt principles of this world? Why do you want to become their slaves all over again? You religiously observe days, months, seasons, and years! I’m afraid for you. Maybe the hard work I spent on you has been wasted.”

Does Paul sound frustrated to you? He does to me. It is the frustration of the parent, preacher, teacher, or leader who had done all that they can to make sure those in their charge are following their lead. God*, Moses**, and Jesus*** certainly have felt this frustration.

As leaders, what more can we do to train up our people in the proper way? What can we as followers do to ease the frustration of our LORD.