7:15 and we’re on the road heading toward Iowa.

8:30 stopped at rest area outside Killeen.

About 9:30 a.m. we stopped in Waco to see our friend,Larraine. She fixed scrambled eggs and fried potatoes for us which was very nice and unexpected. We had wanted a short visit but, as often happens when friends get together, time got away from us. It was about 11:30a.m. when we left her place. 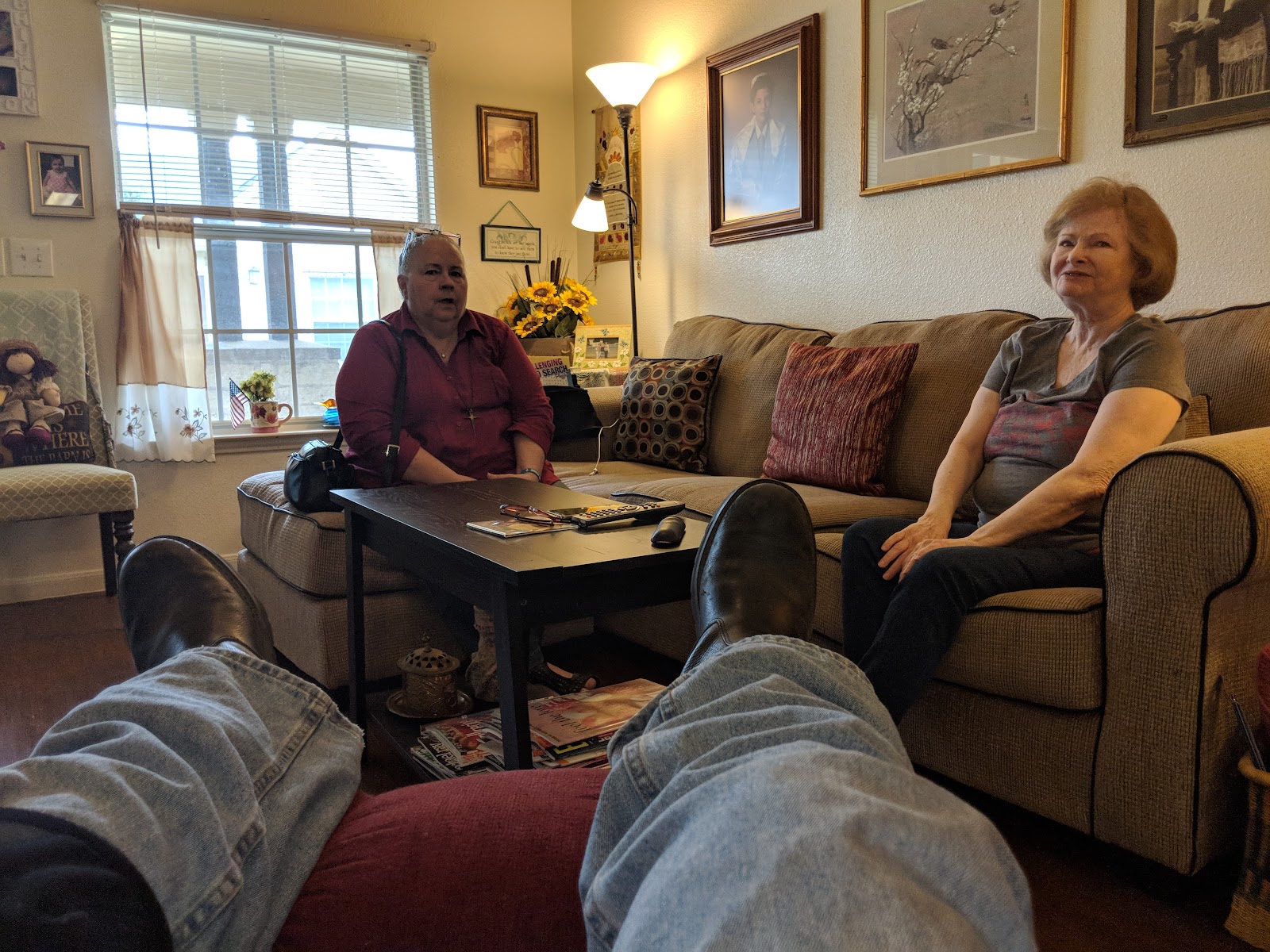 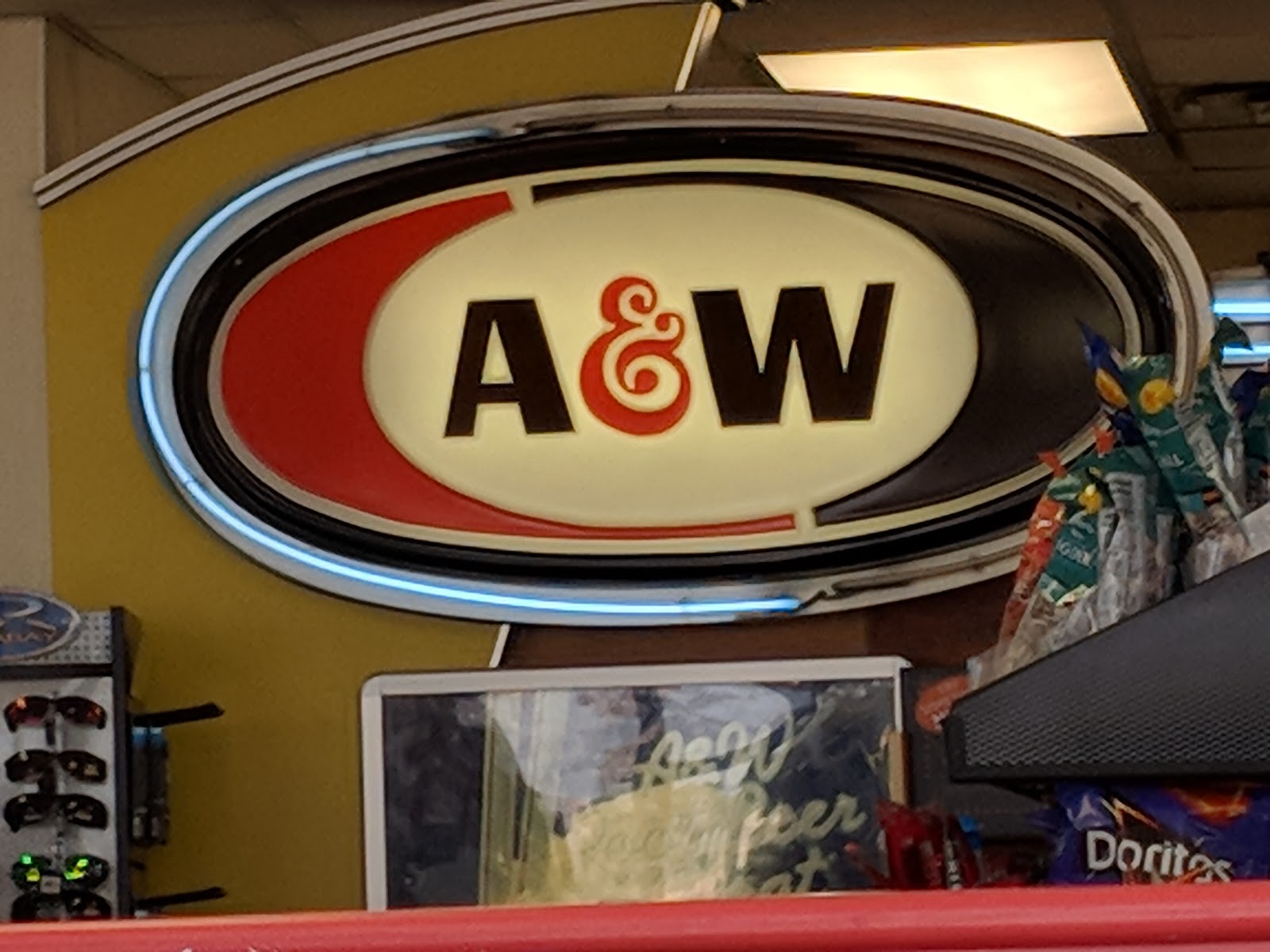 It was nearly five pm when we stopped at Edmond Oklahoma for a potty break. 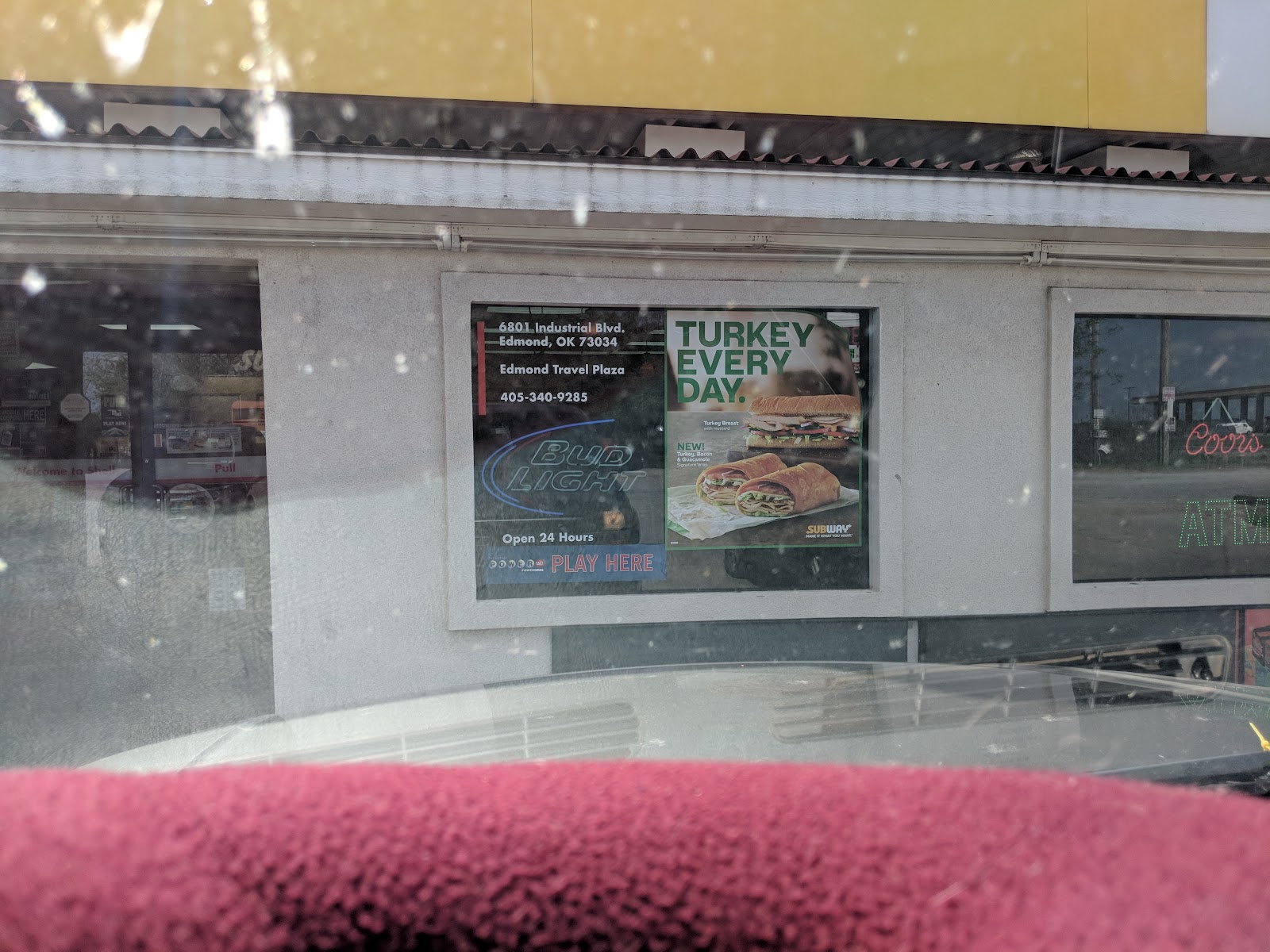 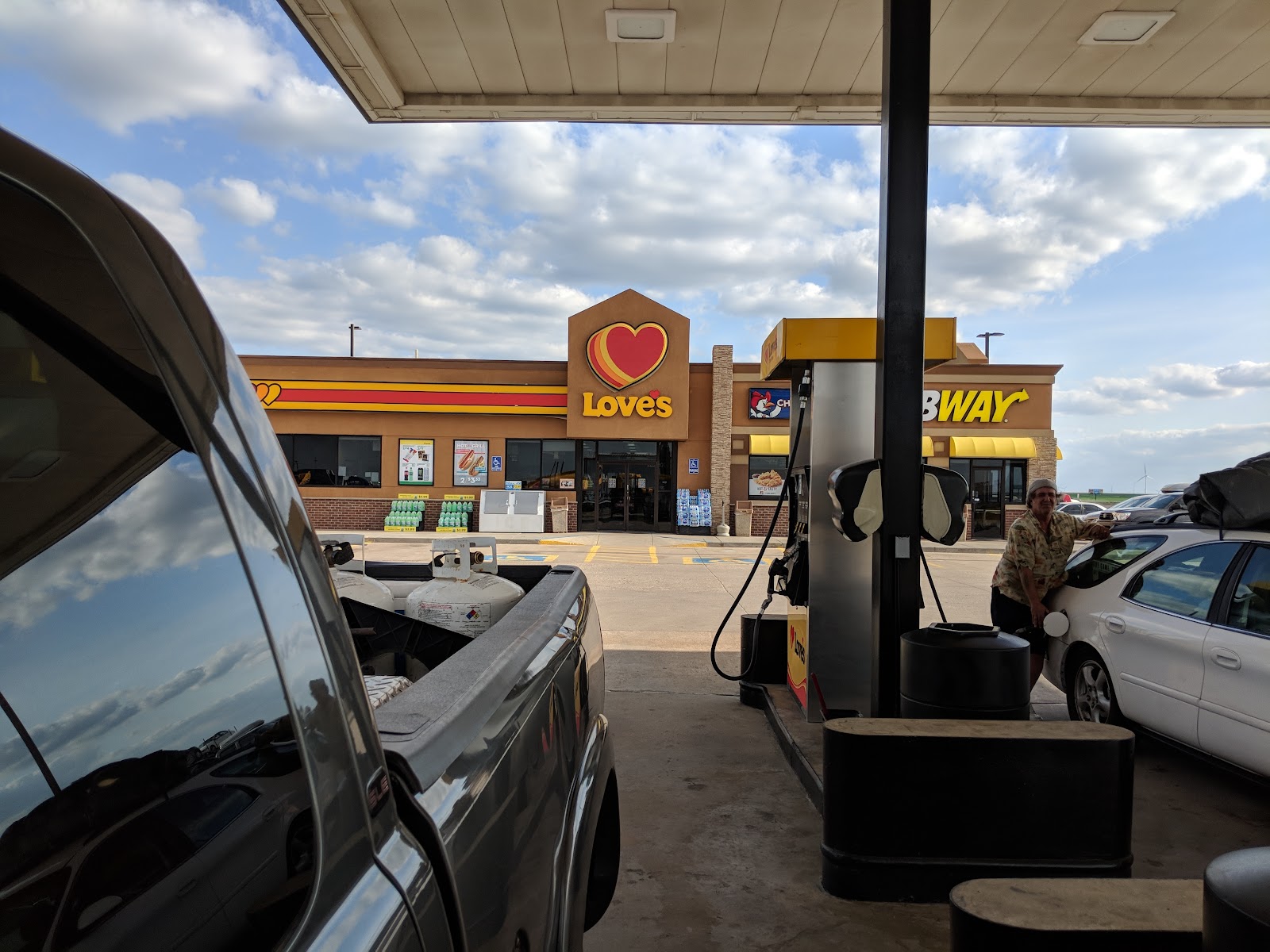 About 7:30 pm we stopped at China Wok in Winfield Kansas. 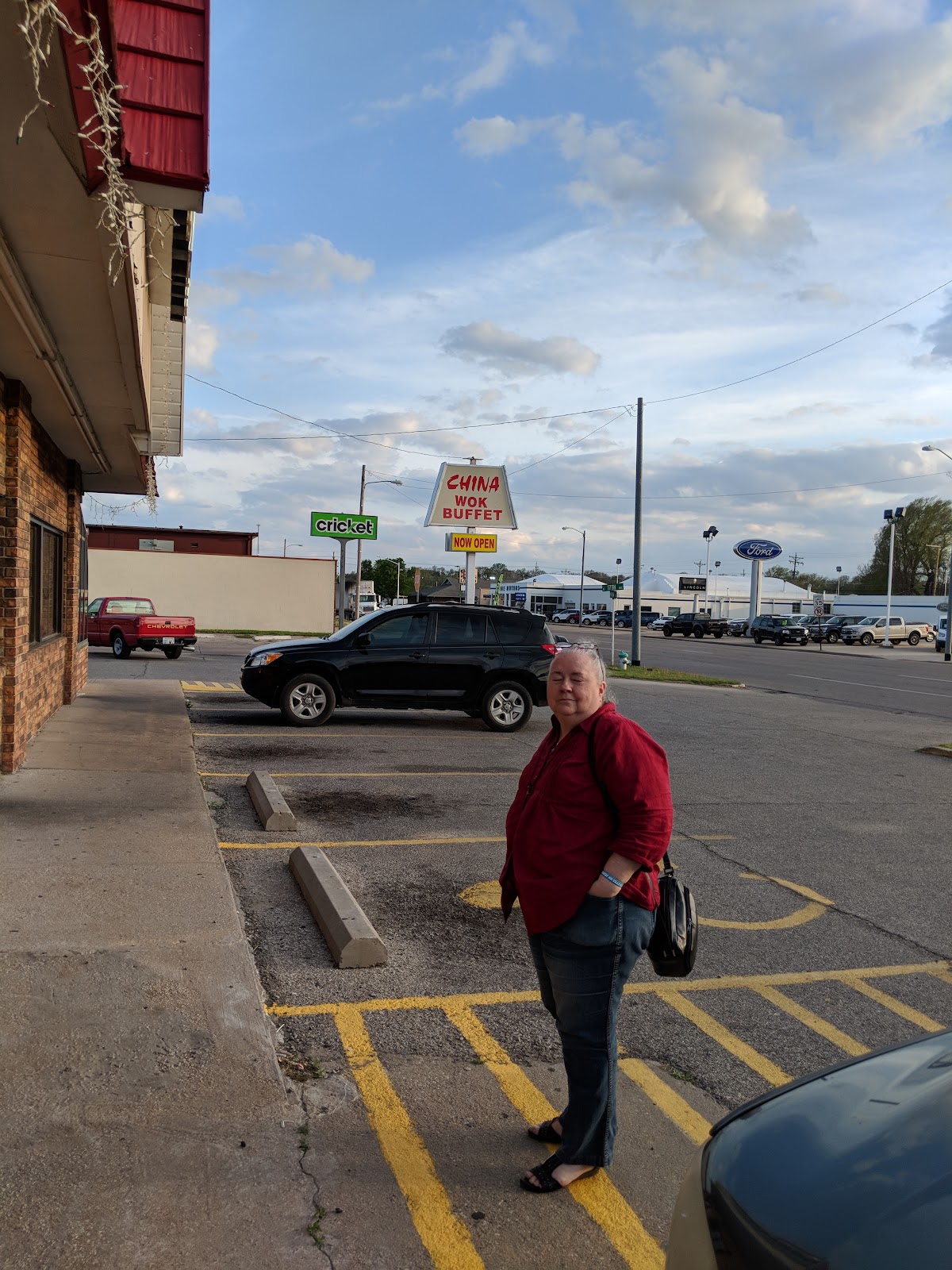 It was 8 pm as we left China Wok and this is what the sky looked like. 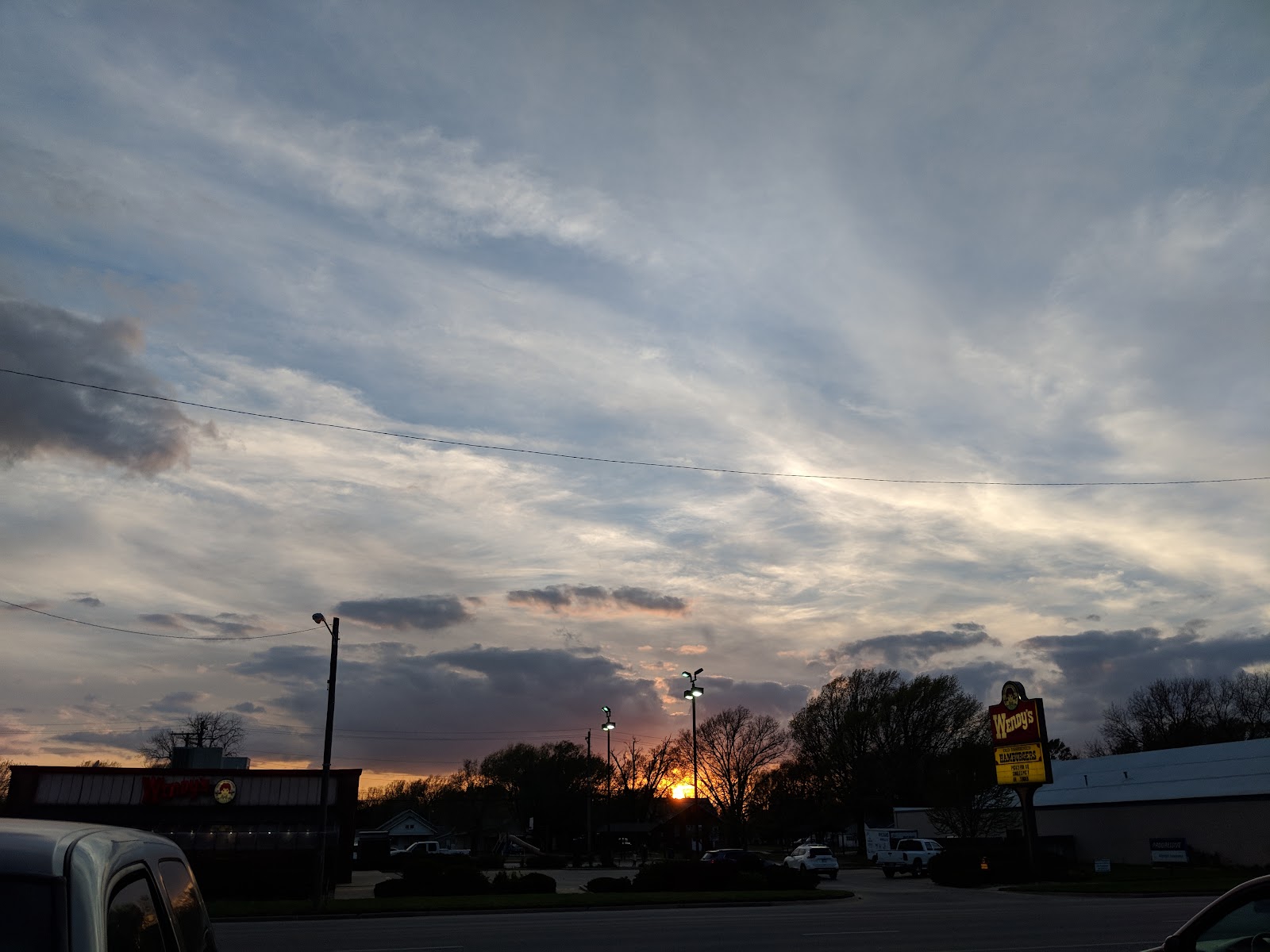 We got a little further down the road and got about shot of the sunset. 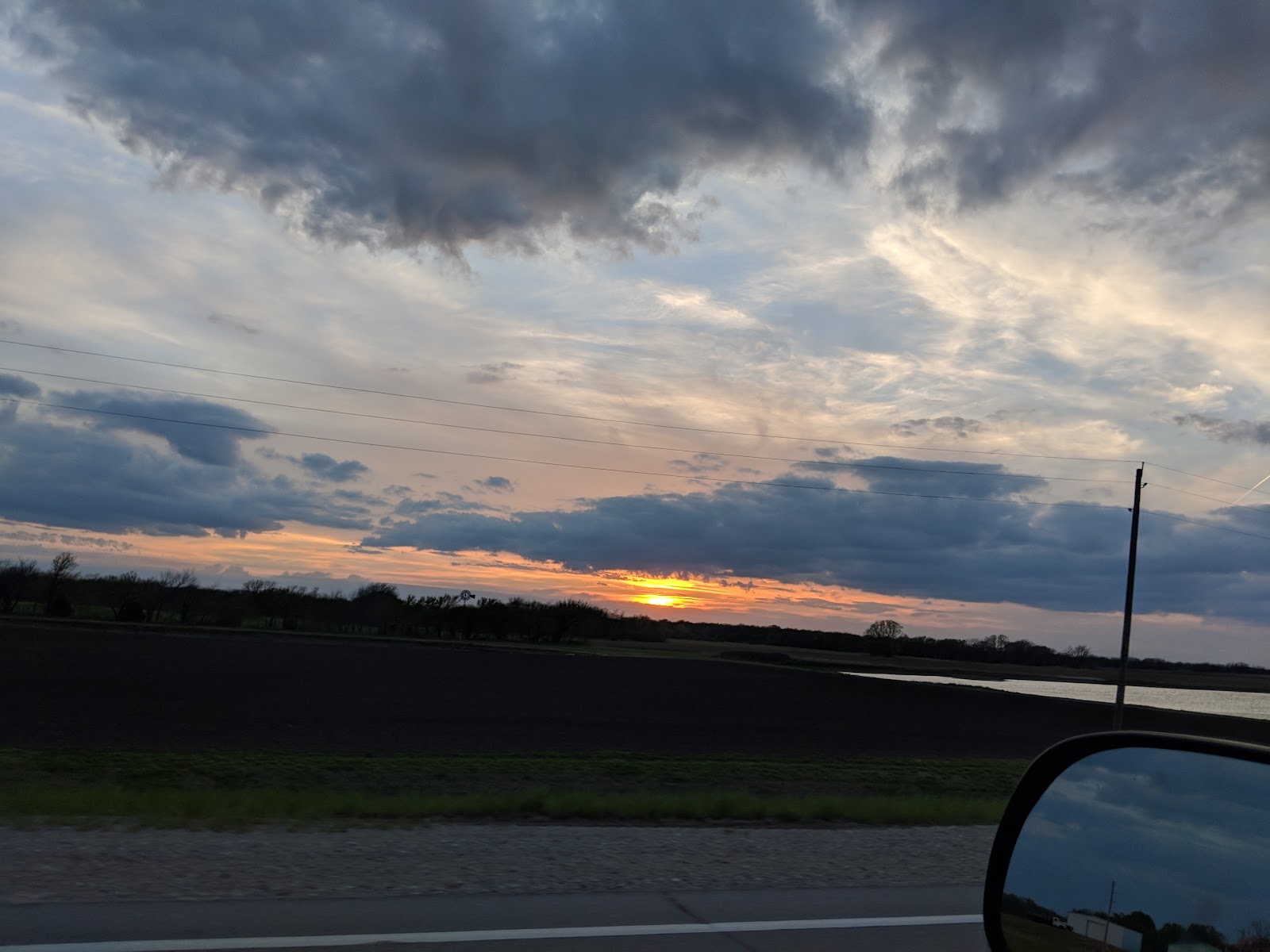 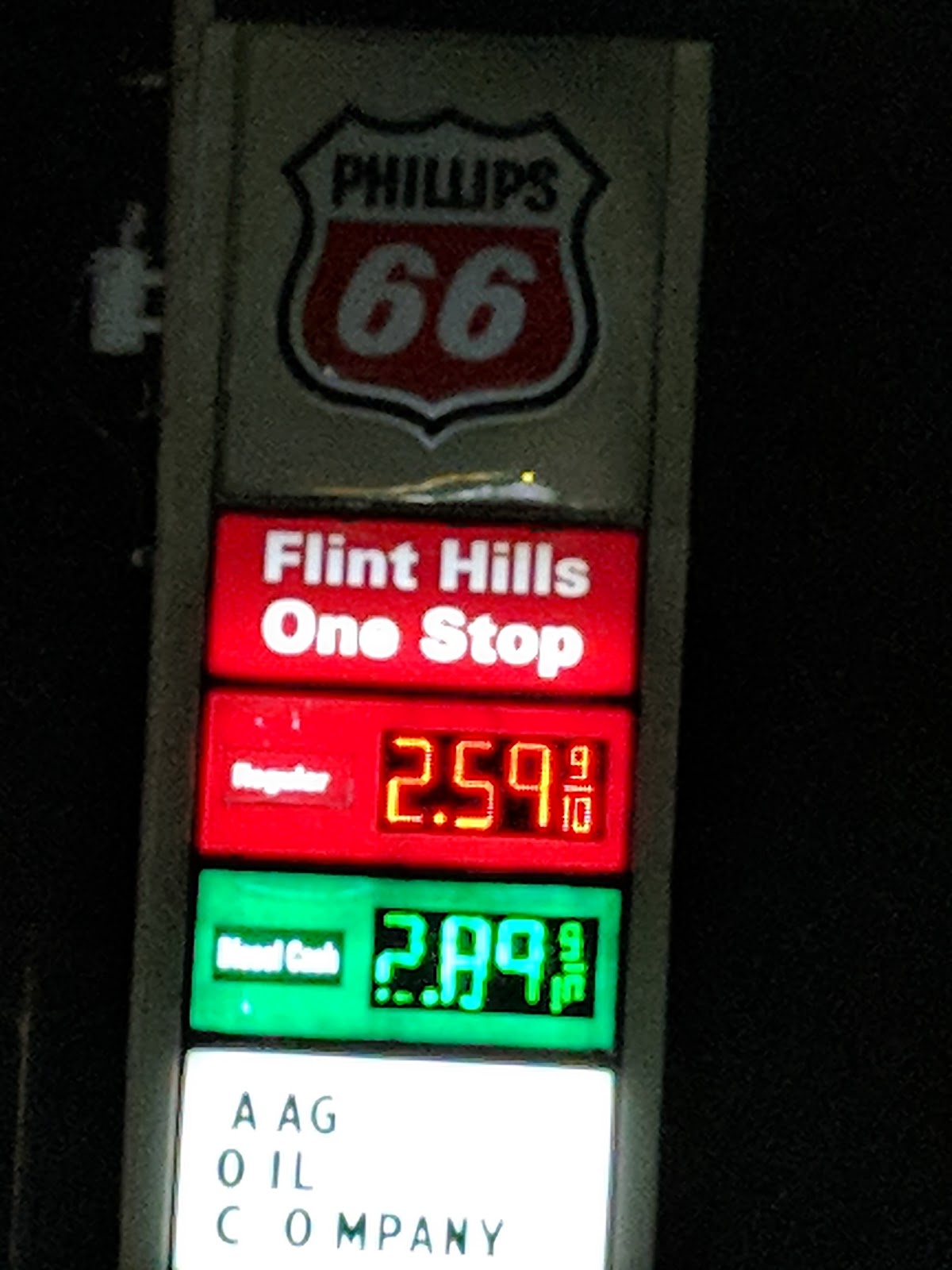 It was 1:15 a.m. May first when we were at a rest stop in Lathrop Missouri. 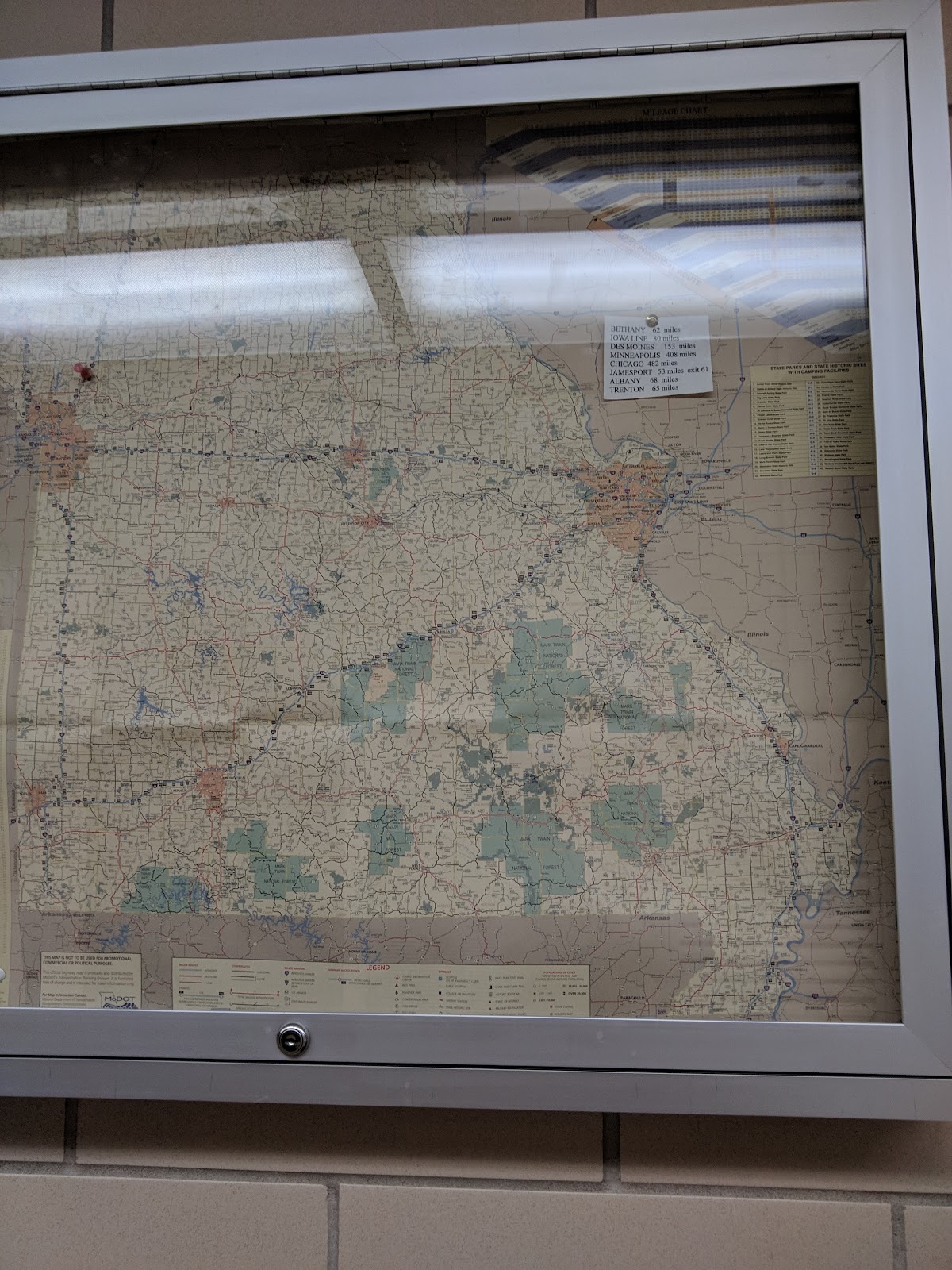 We had a Subway breakfast at 2:45 a.m. in Eagleville Missouri 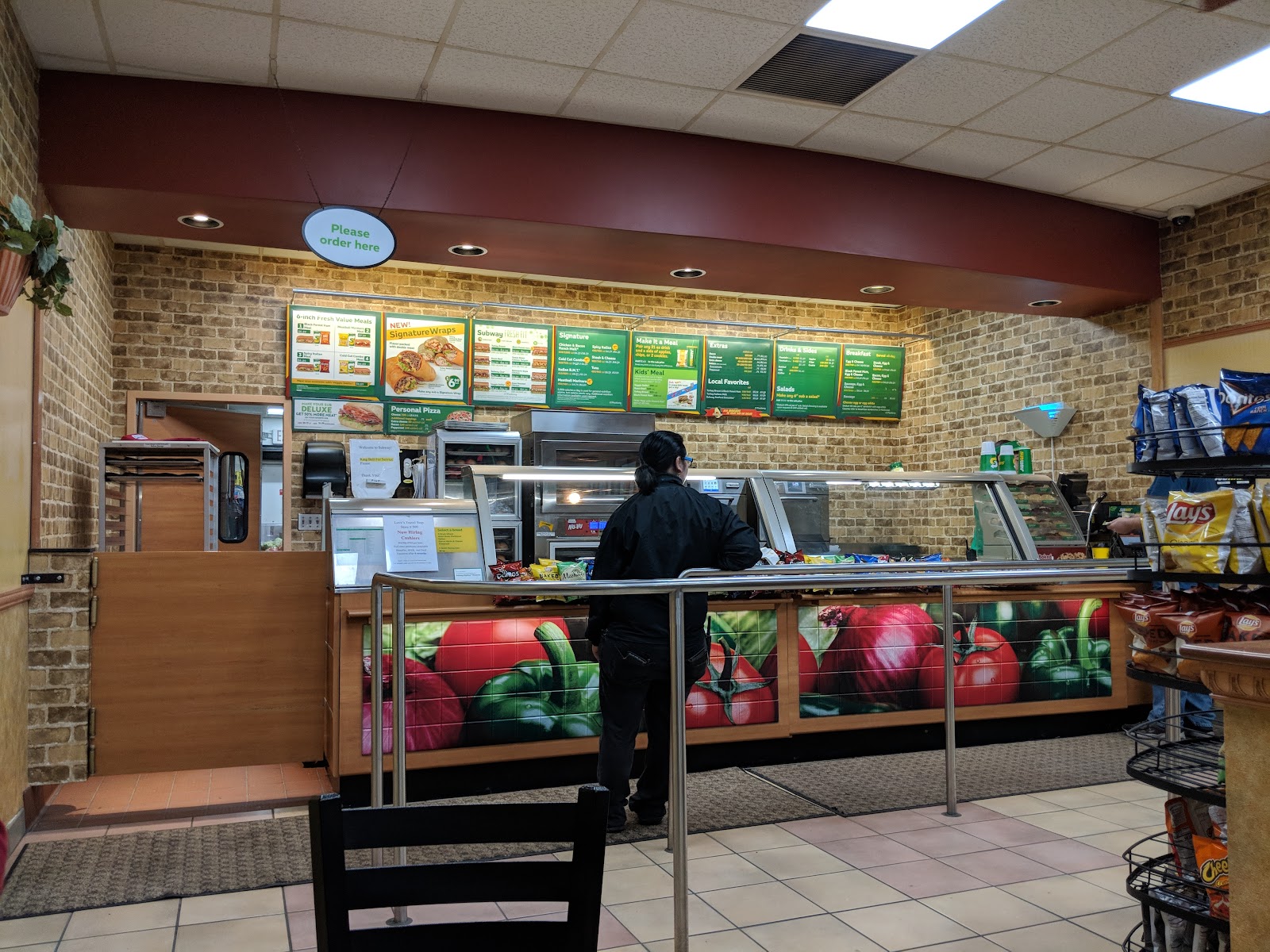 While we were eating breakfast I asked Ella if she knew where her key was for the summer trailer. She said, “Yes, you made me give it to the office.”

That was right. I was afraid that the folks at Cutty’s Camping Resort wouldn’t have a key to get into the trailer to winterize it. The situation was: I didn’t know where my key was.

Ella, smart forward thinking person that she is, had made sure that some of the family in Iowa had keys to our RV, so that they could check on it once in a while over the winter. At 3:15 a.m. she sent a text to our grandson Nathan asking him to stop by on his way to work (his work is near our campground) and let us in our trailer. She was surprised that he immediately responded that he was heading into work early because of major equipment failure at work. So we were able to stop there and get a key from him. And give him hugs.

It was somewhere around 4:30 when we arrived home. But the adventure want over yet. Ella tripped on the steps going to the trailer and the key went flying. We pulled out dry leaves from under the deck and I used a powerful magnet on a long handle to sweep through them hoping to attracted the key.

I called a halt on looking for the key because I REALLY had to use a bathroom. Fortunately, there is a shower house not far from us in the campground. Unfortunately, when we got there, it still hadn’t been opened for the season. So, back we go into the truck and down the road to the gas station convenience store. Ahhhh what a relief it is!

Then it was back home to look for the key again. Ella literally (not figuratively) crawled under the deck and found it. Yay!!!!

Once we had the door open Ella began picking up the dryer sheets (see the previous post to understand about dryer sheets) while I got the shore power, waterline, and LP hooked up and working.

Ella was still gather the sheets while I began getting some of the things out of the back of the truck. The ice chest and a storage box with important papers were carried inside. The rest will have to wait until I get some sleep.

YOU CAN RUN BUT YOU CAN’T HIDE

Jonah 1:1-3
The LORD spoke his word to Jonah, son of Amittai. He said, “Leave at once for the important city, Nineveh. Announce to the people that I can no longer overlook the wicked things they have done.” Jonah immediately tried to run away from the LORD by going to Tarshish. He went to Joppa and found a ship going to Tarshish. He paid for the trip and went on board. He wanted to go to Tarshish to get away from the LORD.

Have you ever wondered how God chooses the people to whom he assigns special tasks? I have. It often appears that he intentionally picks the worst possible candidate. He then says something like don’t be afraid and by the way I’m sending to the most frightening place you can think of.

God has a plan for you. And the odds are good that it will take you far outside your comfort zone. But remember, the battle is LORD’S you just to be faithful.