So much for sunrise. The photo makes the white sky brighter than it appeared to my eyes. Just brightness without the sun. Slightly after this the sun did burn through that haze.

I knew last might that I wanted pancakes for breakfast. With that in mind, I mixed the batter last night and let it marry overnight. They turned out very light. I do like pancakes that rise high. As a prediabetic, I forego any syrup and have it with over easy eggs. 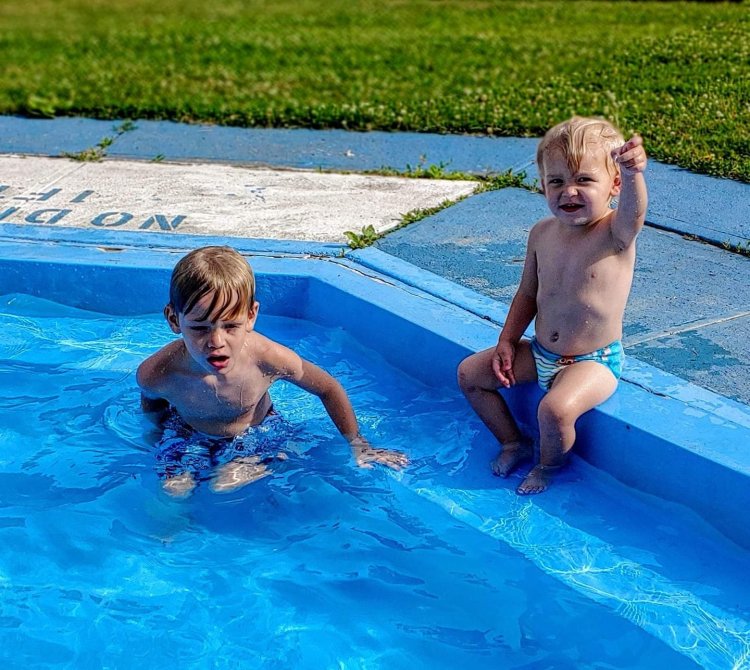 {Ella wrote} I had the pleasure of sitting with these young men, great grandsons William and Henry. Daddy needed to make a quick run to his trailer and, as luck would have it, I was eating at the cafe right next to the pool at the time.

The lake and campground look so nice in the early morning light. We didn’t go for a drive along it today, however just stopping to let the beauty soak in was still a calming way to begin the day before going to the fee booth and work.

{Ella wrote} 86 degrees in Grimes and still getting warmer. A good day for swimming. Me, I’m washing clothes. 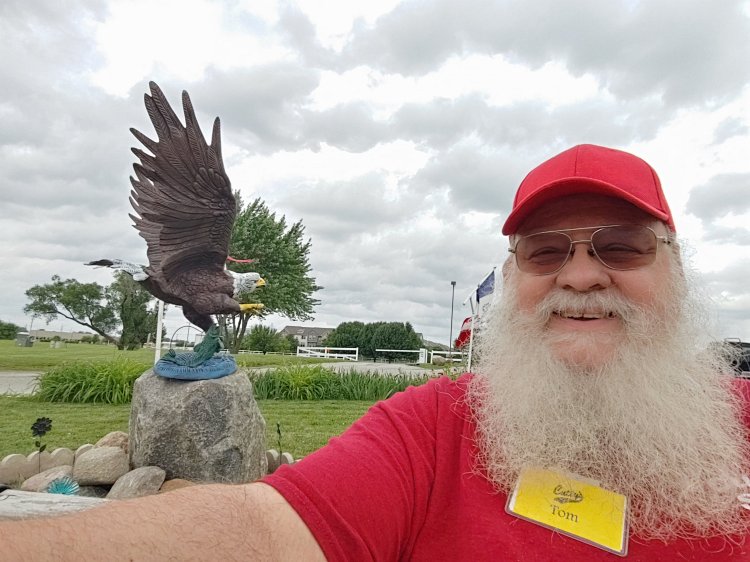 I waited there for Ella. She had taken the truck to Grimes and the senior center in the morning. In the early afternoon she had gone to the laundry on Cutty’s Main street to wash clothes. As soon as the last load was dry, she came and picked me up on the way home.

After unloading the truck we took some very short naps.

We had supper with friends at Cutty’s Cafe. Every Thursday they serve a family style meal. This week it was chicken fried steak, mashed potatoes with gravy, corn, and a roll. It was good enough … but it made me long for REAL Texas style chicken fried steak.

In lieu of a sunset photo here are pictures of some of our flowers.