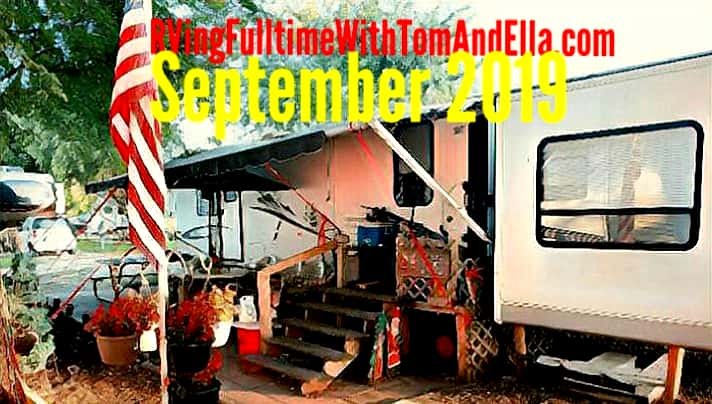 60° and hazy. Haze turned to clouds, which became overcast. Reached 79° which caused the air conditioning to run for about 30 minutes today.

We had 14 worshippers today. It was our final day, until Memorial Day 2020.

Proof that Henry was here yesterday. 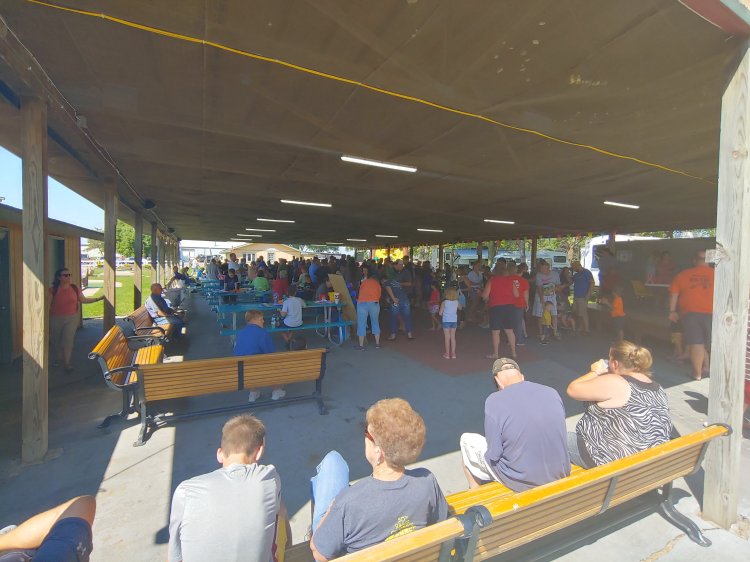 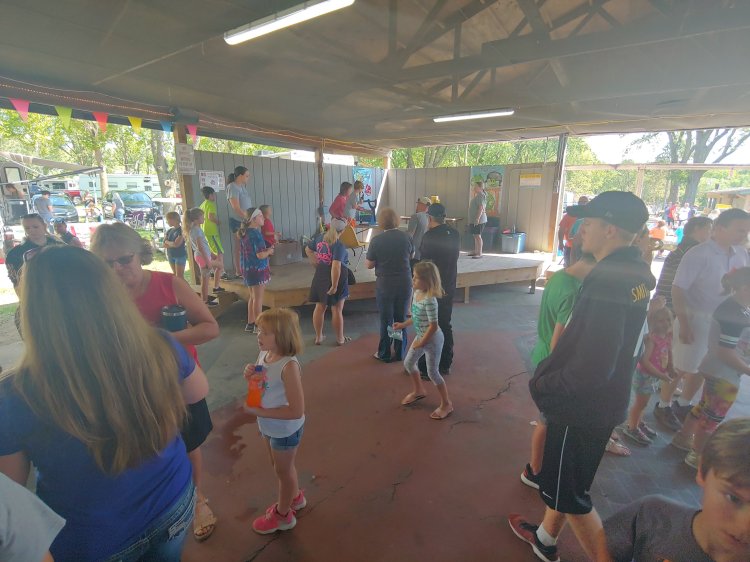 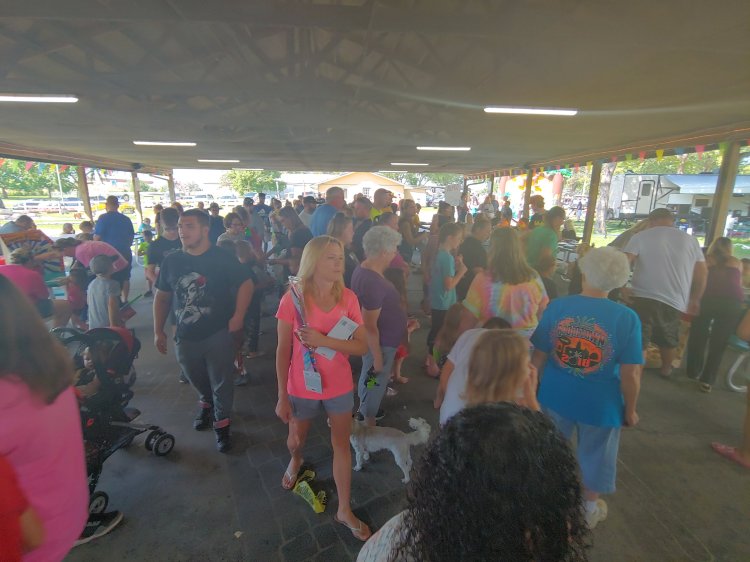 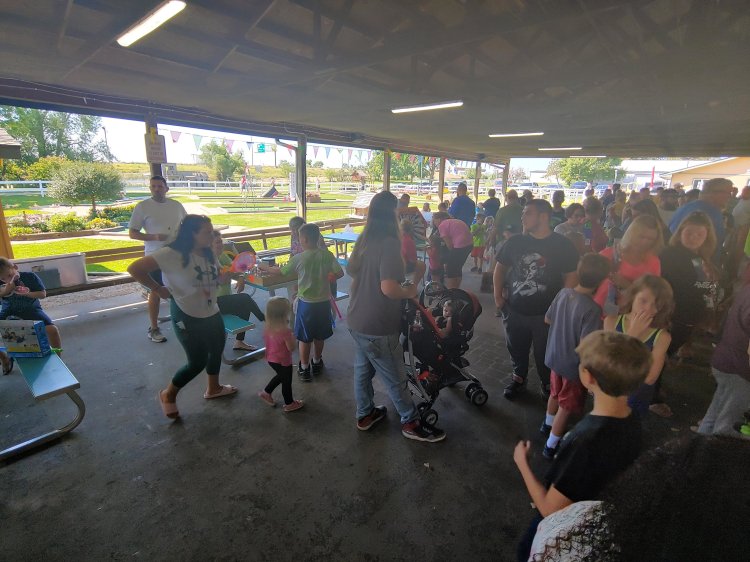 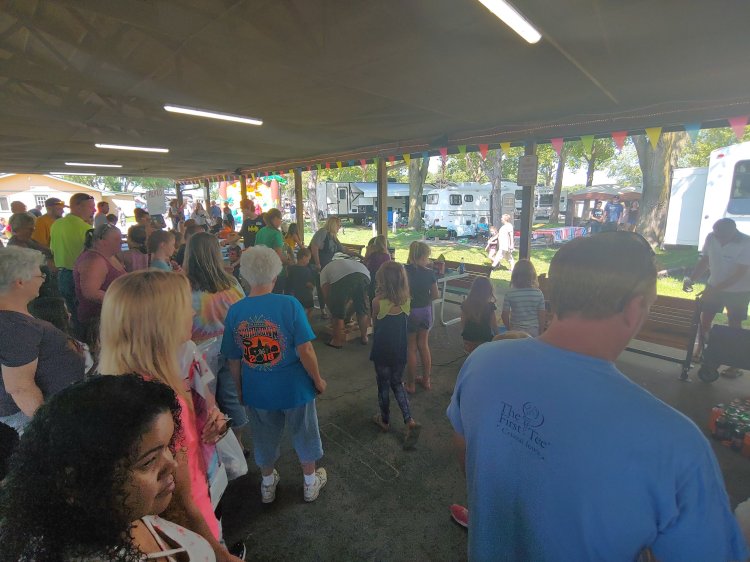 It was Carnival Day at Cutty’s Campground. There we lots of activities for children and adults.

We went to Pizza Ranch for lunch. I had chicken, mashed potatoes with gravy, and dressing. Ella had several different pizza flavors including spinach. We both had dessert pizzas. I had apple with ice cream. She had cherry and apple (I think). 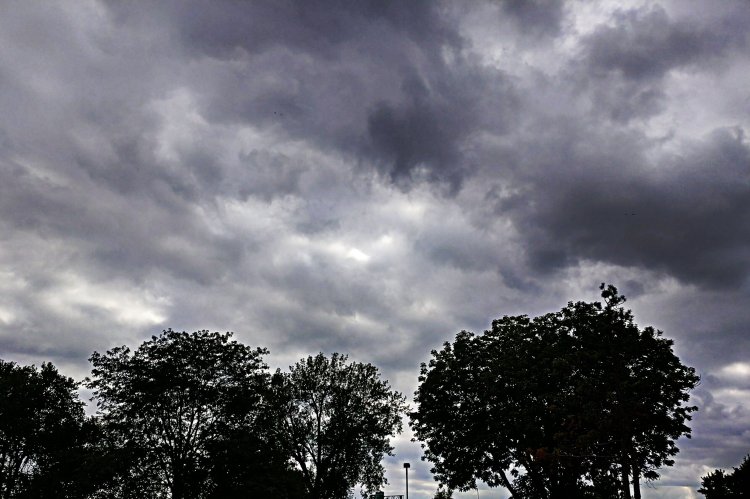 This was the sky at about 4 o’clock. Already dark and gloomy.

There was a knock at the door, as I was cooking supper. It was the twins. The twins are some special needs people that we have known since they were 13 years old. They are now in their 40s. They normally do not attend our worship service because Pine Car Racing takes place during the same time slot every Sunday. And they race the the cars that they have built. It is a very important event in their lives.

However, this week, Pine Car Racing will be on Labor Day Monday rather than on Sunday. Because of the time change, they attended worship this morning.

They came to ask me some questions about heaven and judgement. Keep in mind that, even though they are two very large men with greying and thinning hair, they are mentally still children.

I tackled being judgemental first. I said that we are not not to judge other people, because if we do. God will judge us in the same way. (Judge not lest ye be judged. Do unto others as you would have them do unto you. Etc.) I also told them that we were allowed and encouraged to have discernment. To recognize good and bad.

Next came the hard one, heaven. I said I don’t know what what heaven is like.

I don’t believe that it has pearly gates and streets of gold. That those are concepts to try and explain a spiritual world to someone who only knows the physical world. I said that, through the centuries, prophets, philosophers, and theologians have tried to understand it.

To show how difficultit is to do, I told them to imagine that they had to explain “snow” to a blind person who lived in the tropics. How could you do that? You could say it is cold. But he has know idea what cold means. It is white. But he is blind and doesn’t know what white is. Maybe you could say that it’s like the ash from a fire that falls softly upon you. But does he really know what snow is like? No.

Jesus often said, “Heaven or the Kingdom of God is like …” He always discribed it not as a physical place but in terms of relationships or concepts.

What I do know is, we are told to love each other, forgive one another, and even to love our enemies.

Think about about what it means to love an enemy. If you truly love them, are they still your enemy? Now that doesn’t mean that they will stop seeing you as their enemy … but that is their problem, not yours.

I hope that I explained my beliefs in simple enough concepts that these,”kids” could understand.