The day began at 77° and near 90% humidity. Thanks be to God for the clouds to shelter us from the sun because it was 82° (feels like 86) by noon. Unfortunately the clouds all moved on and the late afternoon temps reached 90°. 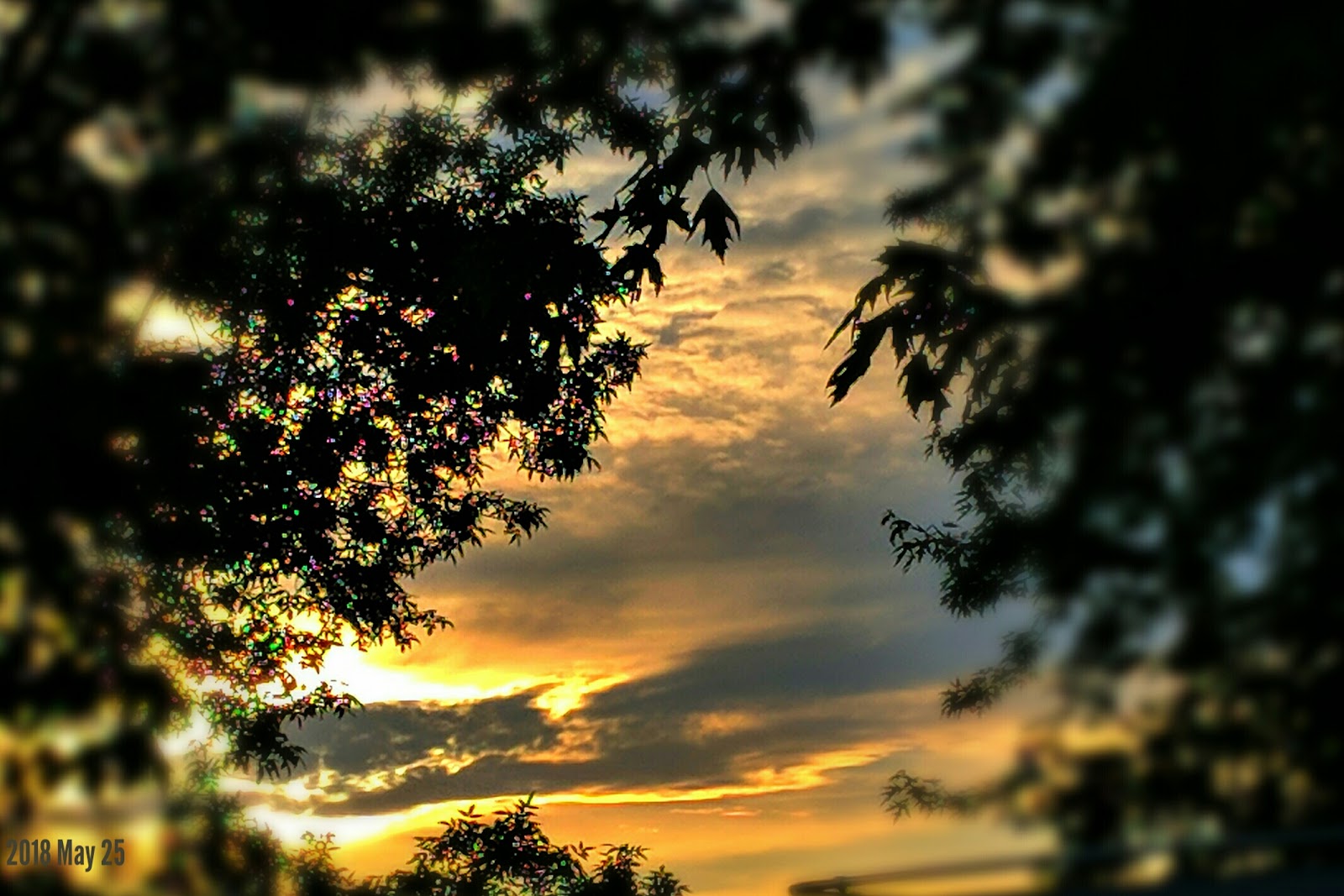 We went for coffee at Cutty’s Cafe. Francis and Sandy, and Keith and Jean were already there. We stayed until around ten. 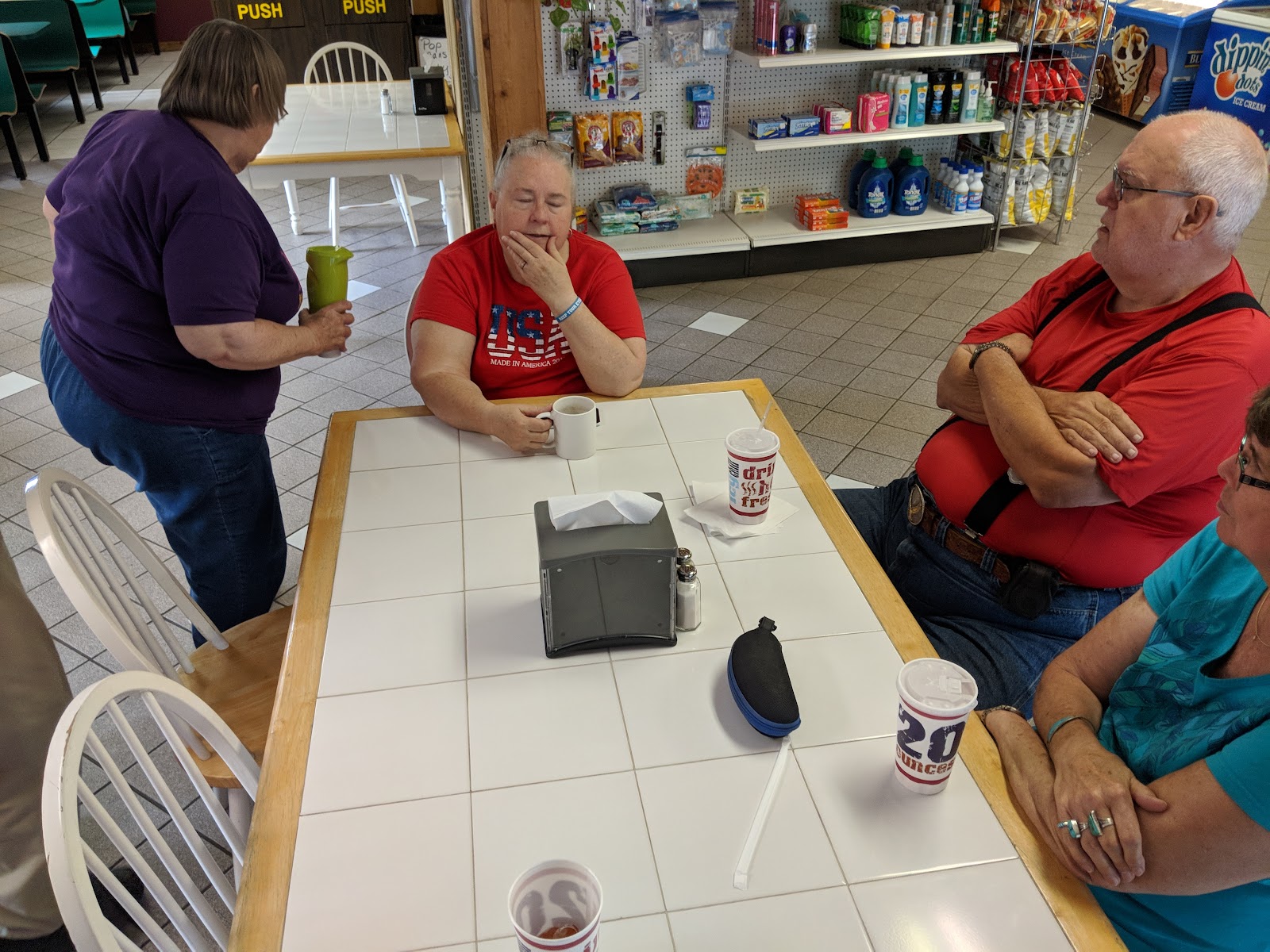 From there we went to the office for my paycheck. The take-home was about what I had estimated it would be. These apps on our smart phones which allow us to deposit checks electronically sure are handy. 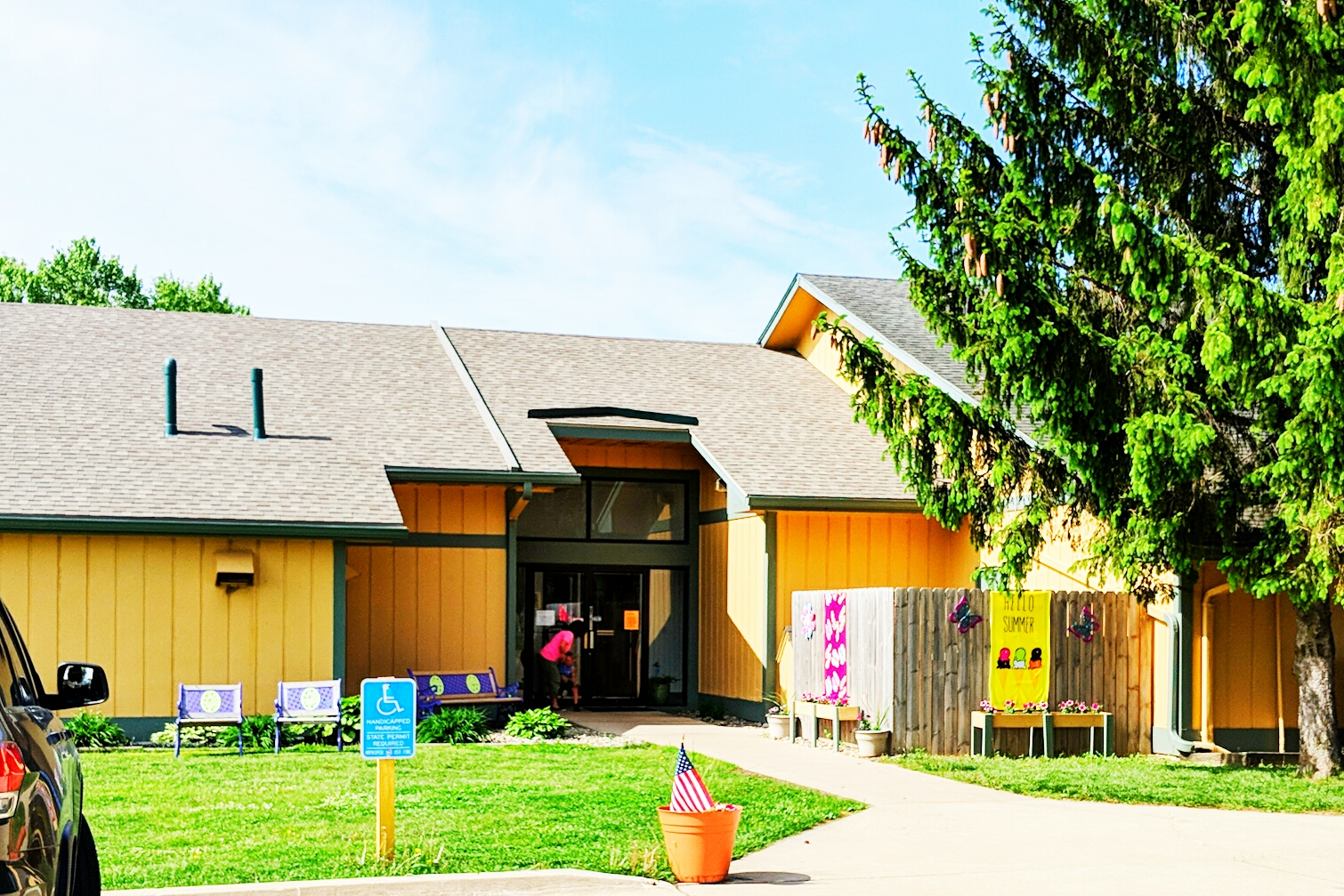 The Memorial Day flags are out at the entrance island. 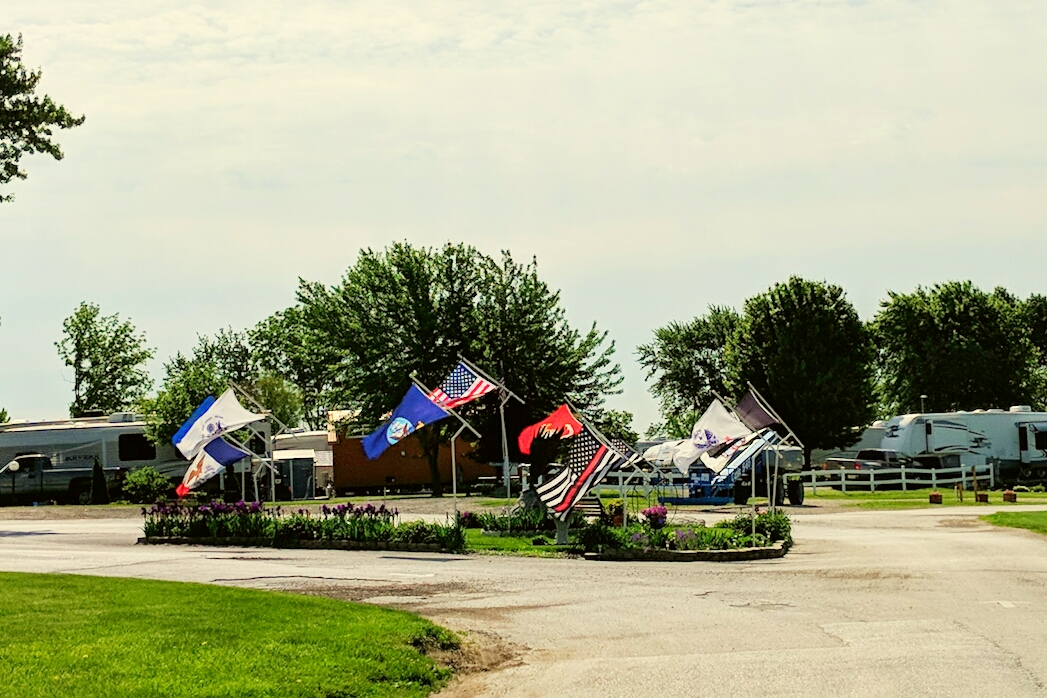 The new sign for the resort looking very nice in the sunshine.

We checked ourselves in at the Grimes Senior Center. 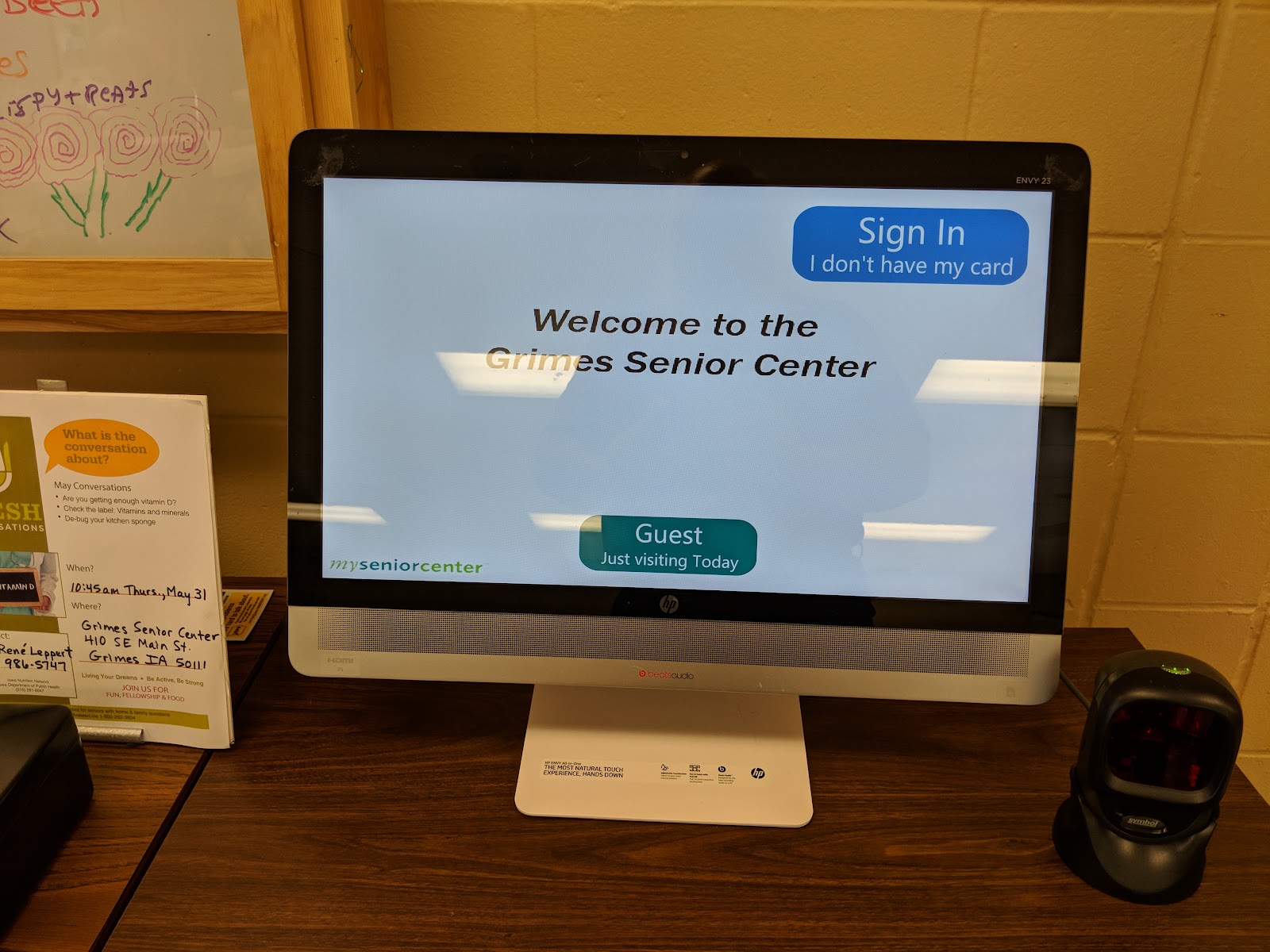 Ella and I played several rounds of Rummikub and then switched to Fast Track so that Deb and one other person could play also. We didn’t get a complete game in before lunch.

Both before and after lunch people were playing bowling on the Wii. 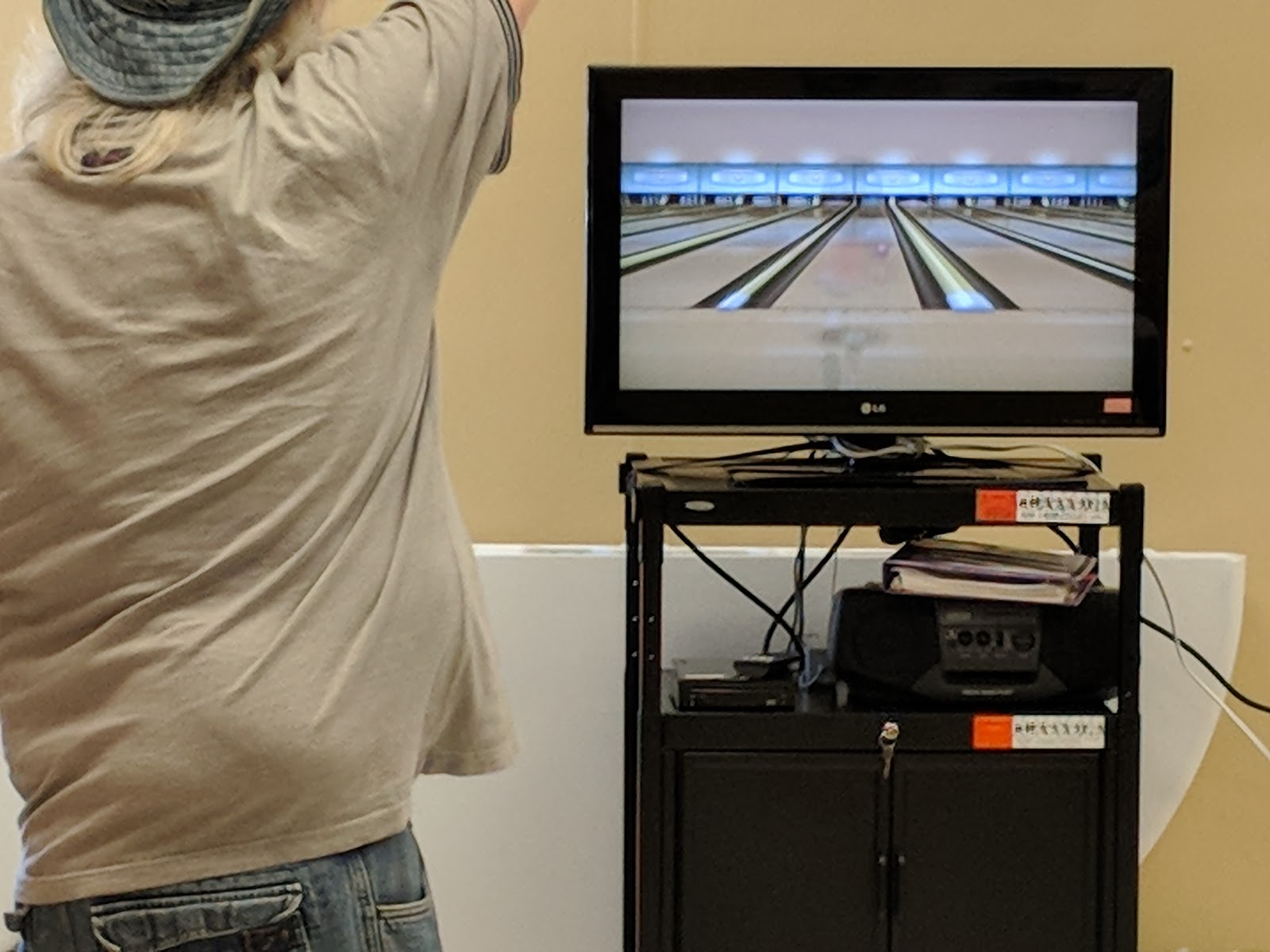 Our vacuum cleaner have up the ghost this week. It wasn’t worth the expense if reporting it. So we stopped at Walmart to shop for a new one. 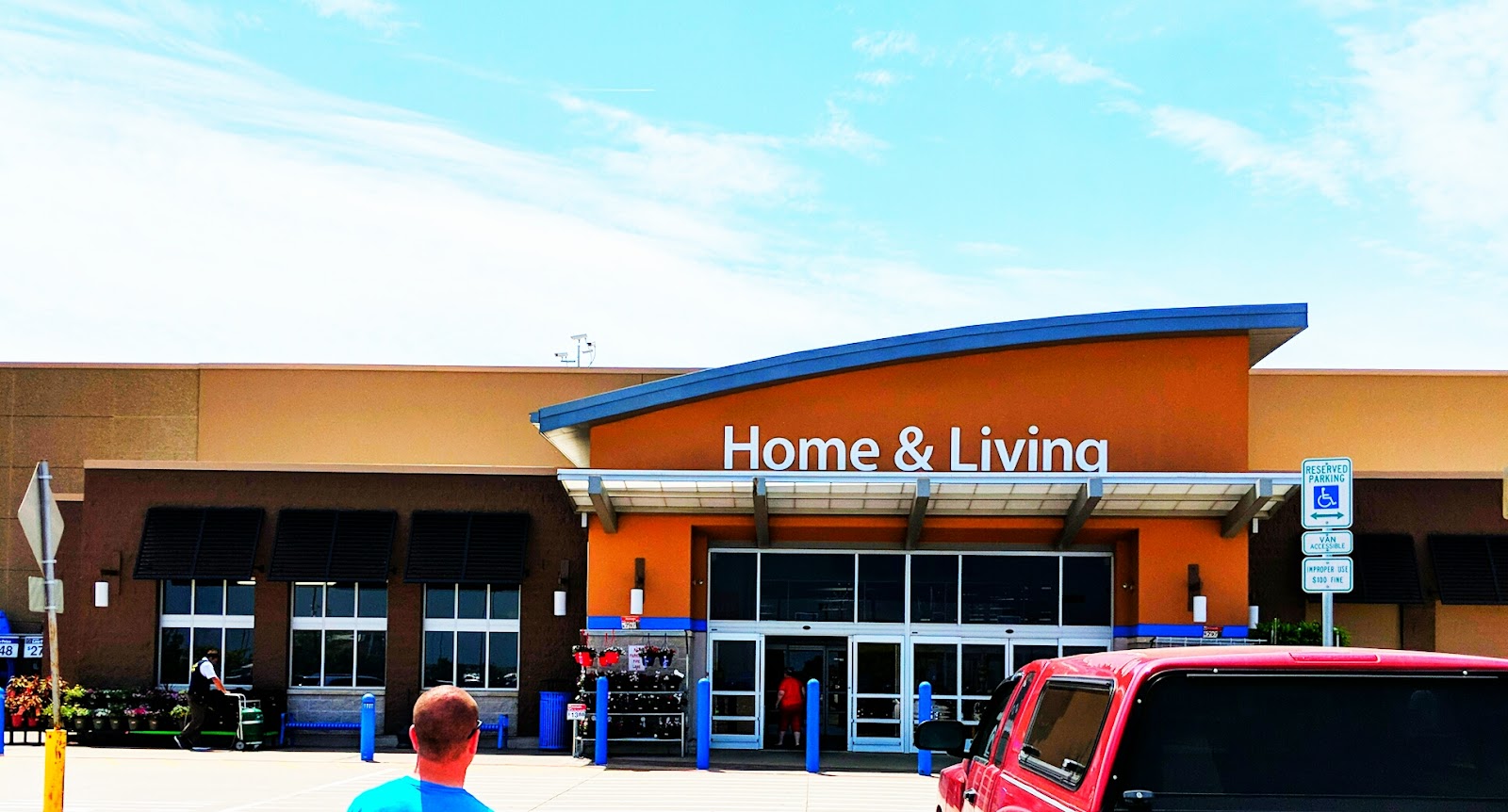 I’m a little apprehensive because it was so inexpensive. I guess we will find out later whether it was a good purchase or not.

Our bird feeders were nearly out of food so we stopped at Bomgaars and purchases more. Hopefully that will keep them coming to the feeder. We enjoy their antics at the feeder right outside our dining room window. 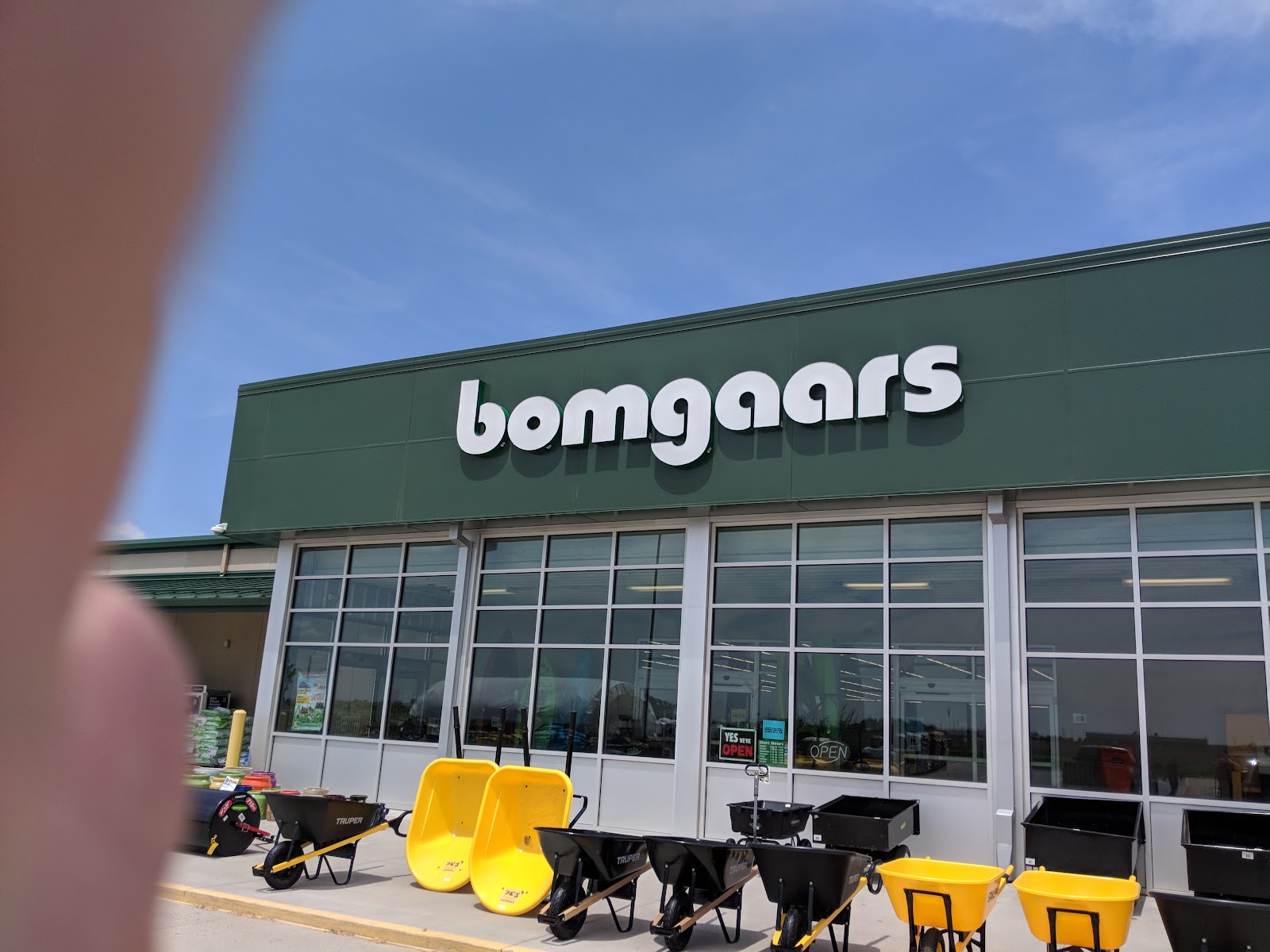 Between 5:30 and 7:00 there was a cook out on Cutty’s Main Street serving hot dogs, hamburgers, and prime rib sandwiches with salad, chips and lemonade. 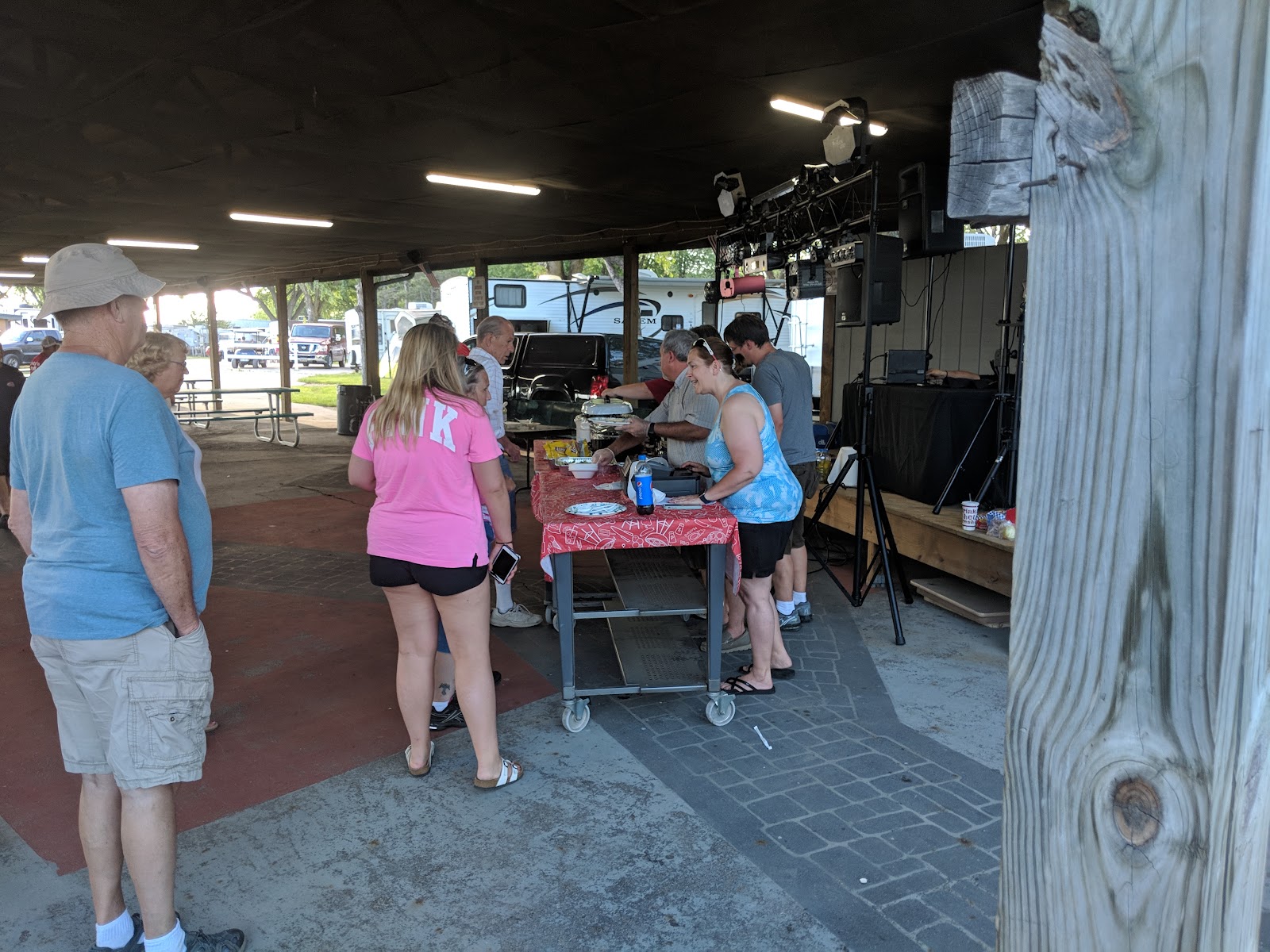 A good turnout considering the heat. 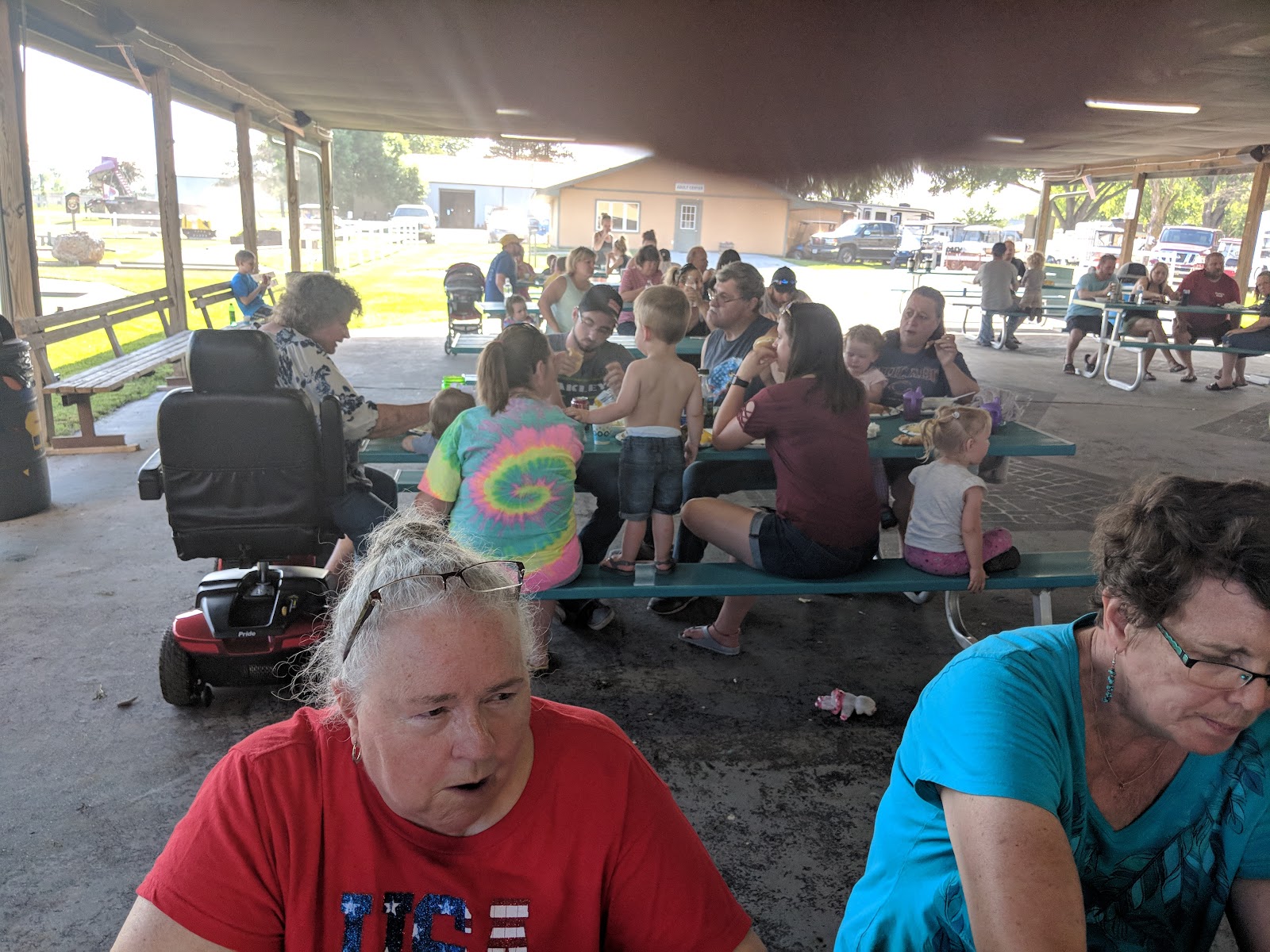 Then we retreated to the air conditioned Cafe for ice cream. 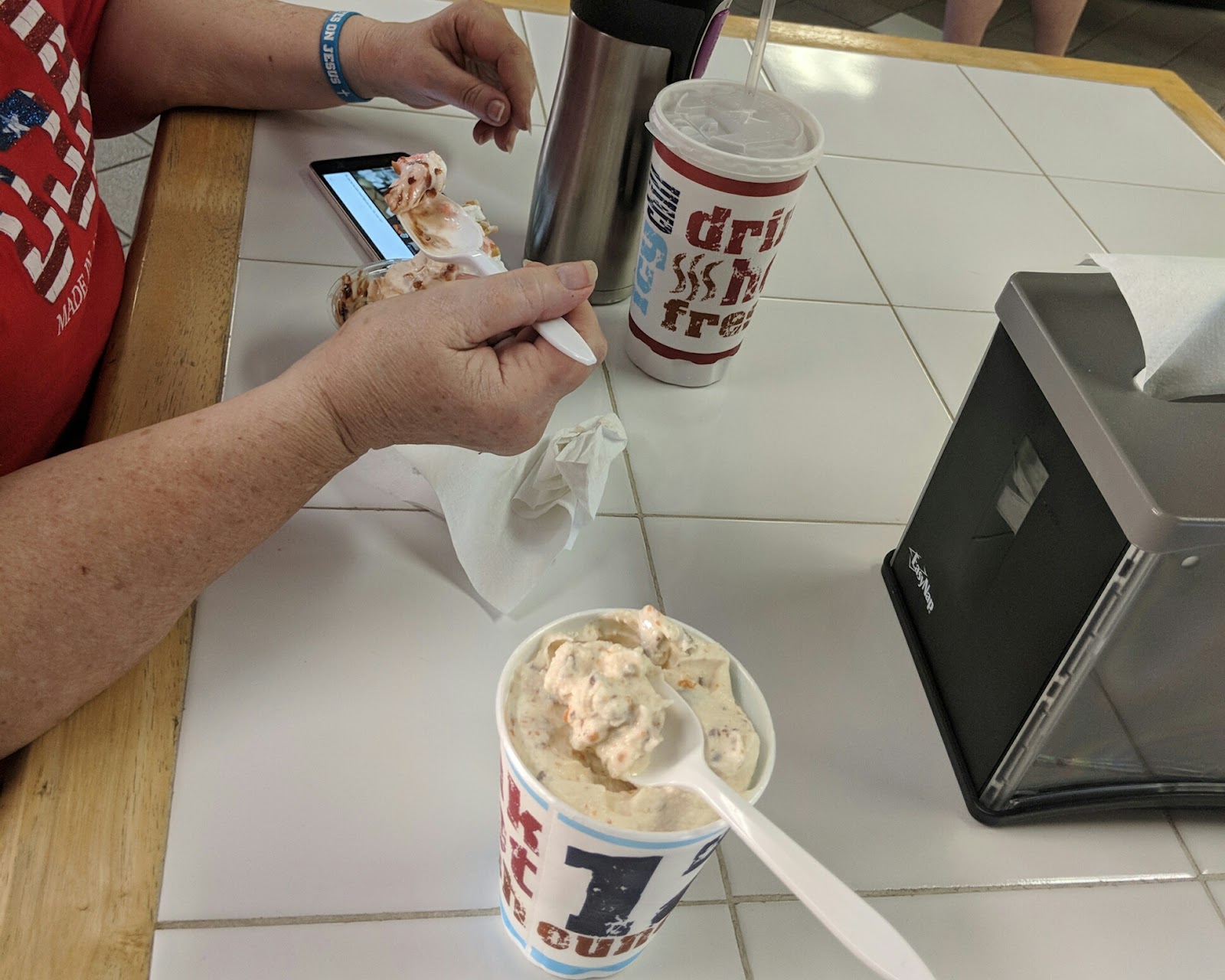 Then it was the the adult center for card jackpot. 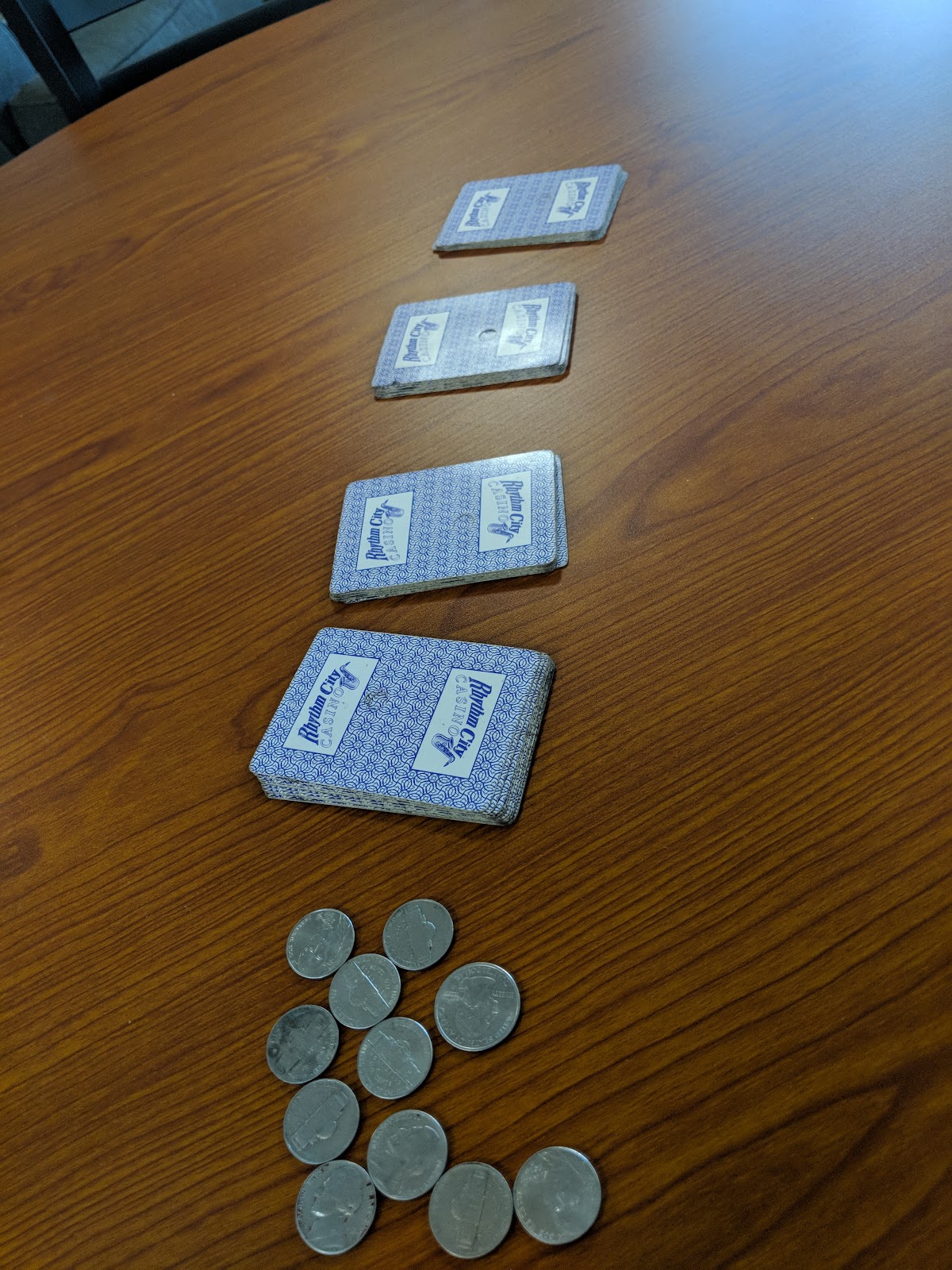 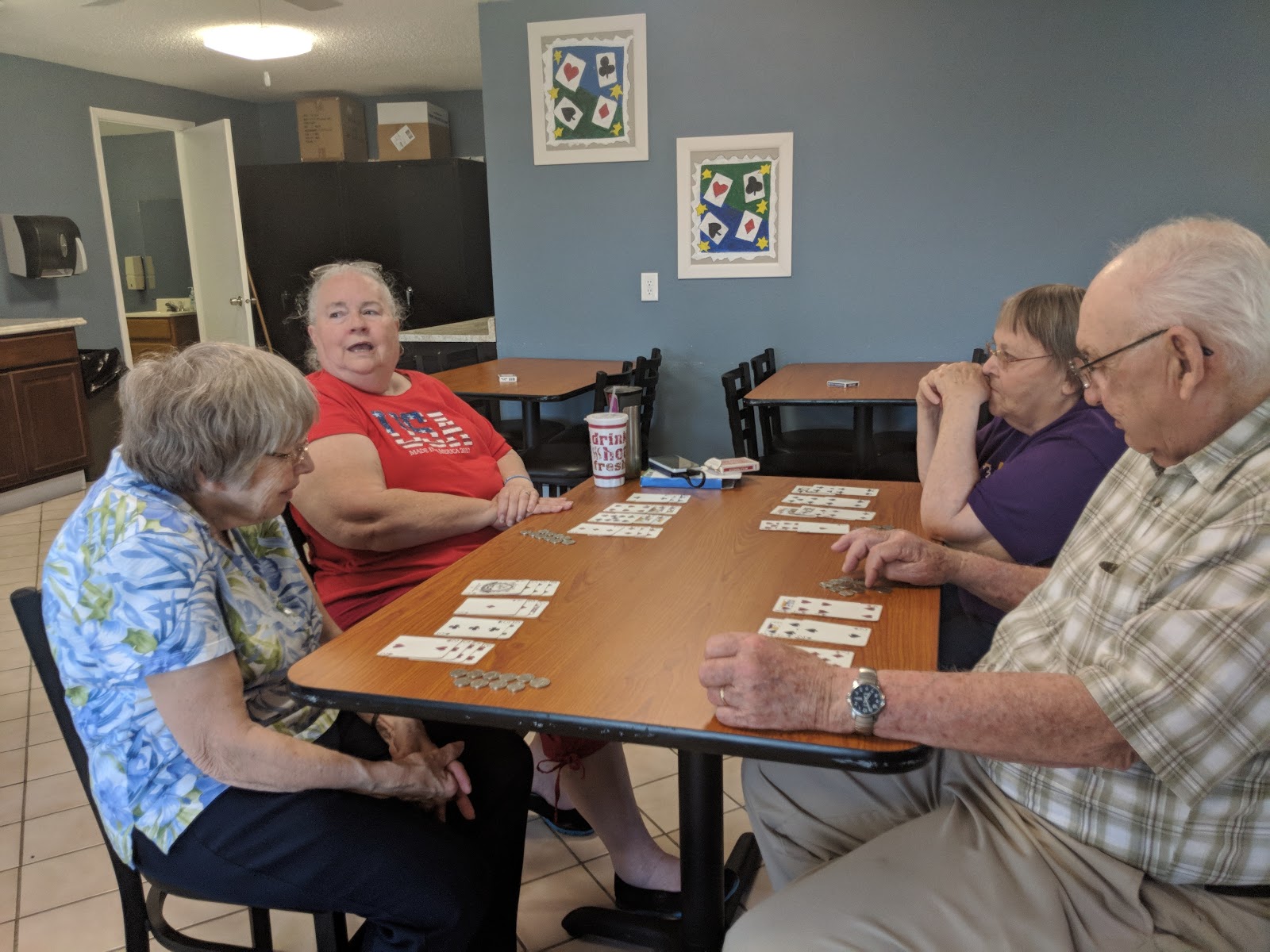 The sunset was amazing. 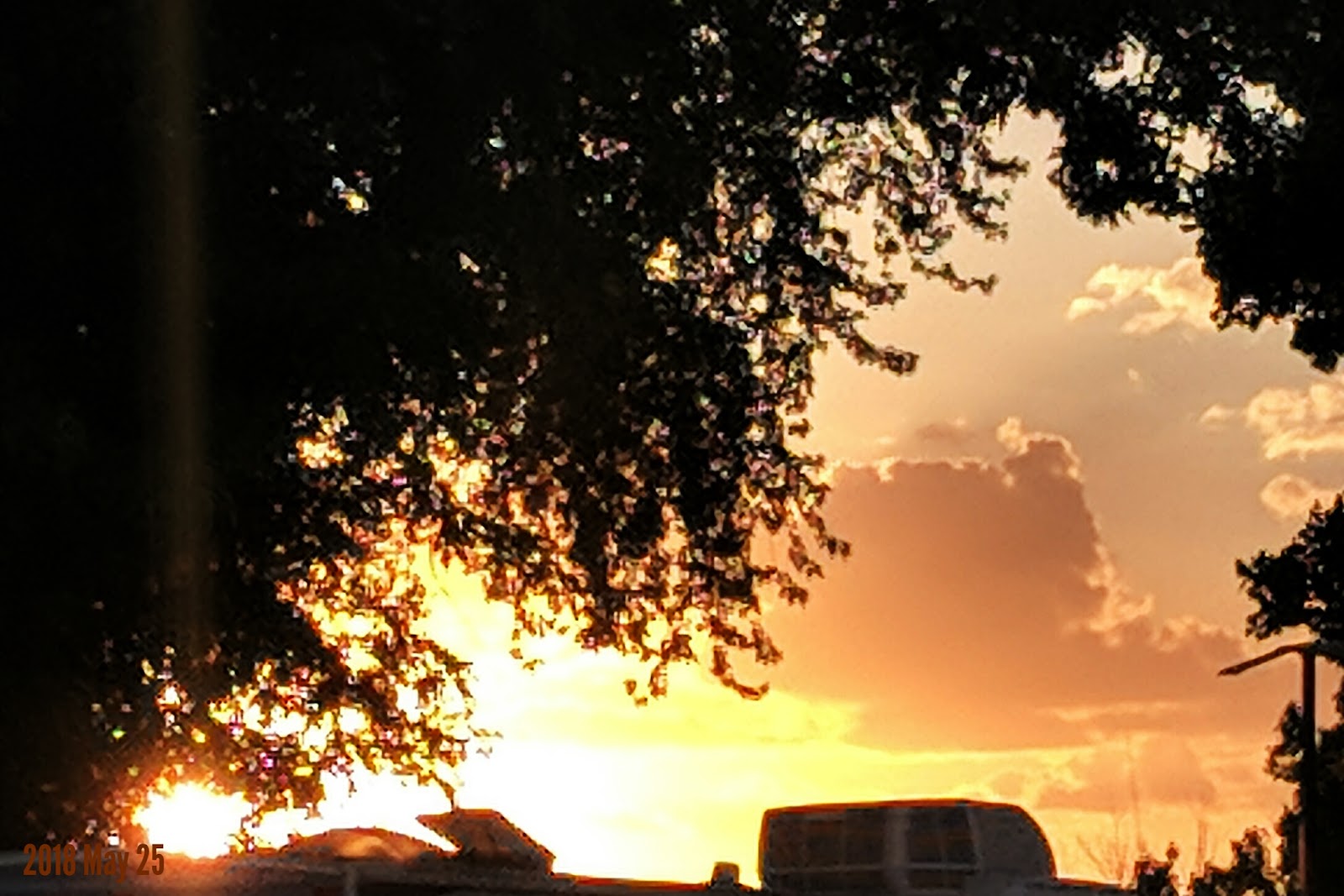 But the moon stole the show by perching on top thunder clouds. 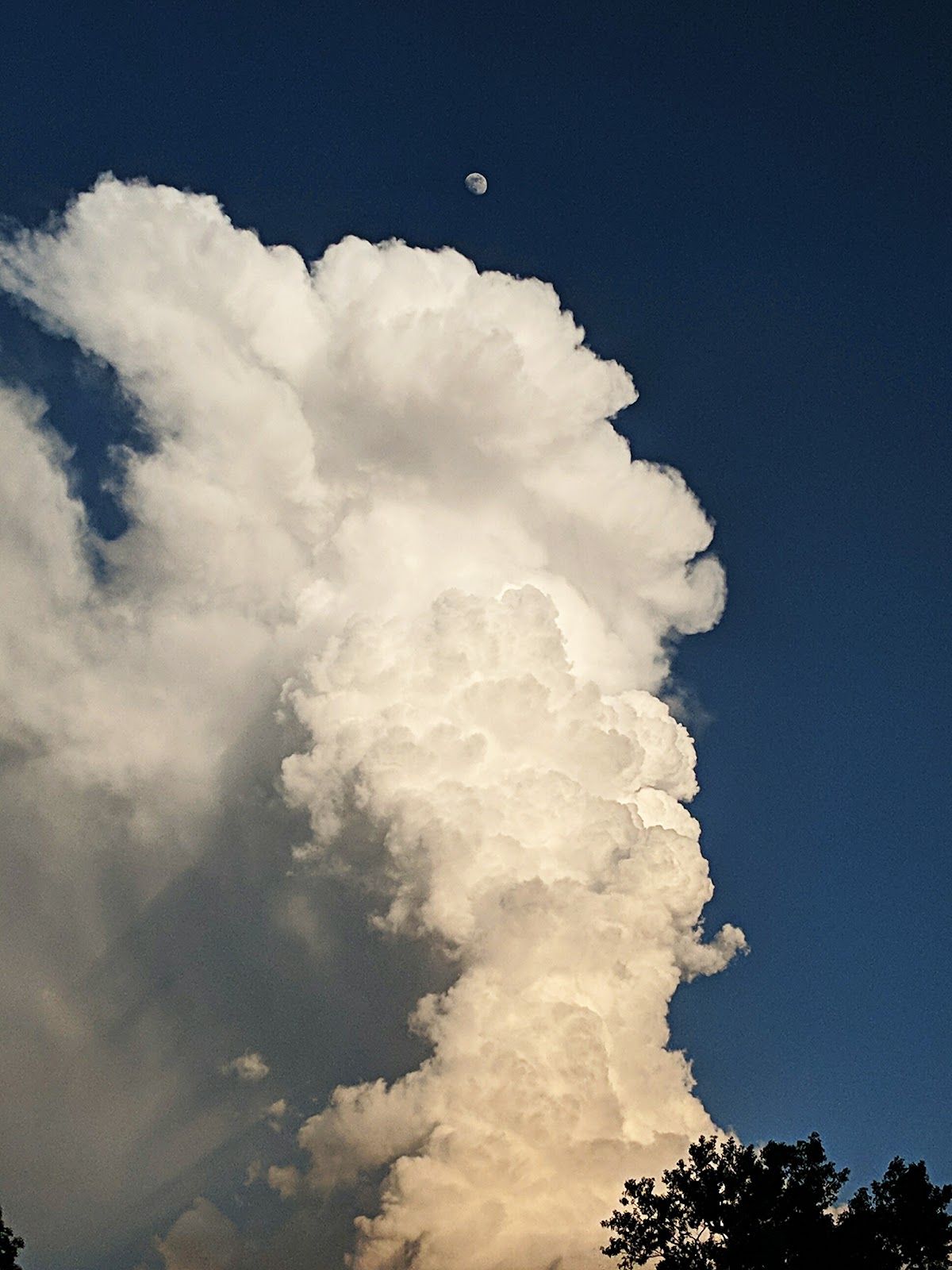 At 7:00 we played Cards Jackpot in the Adult Center.