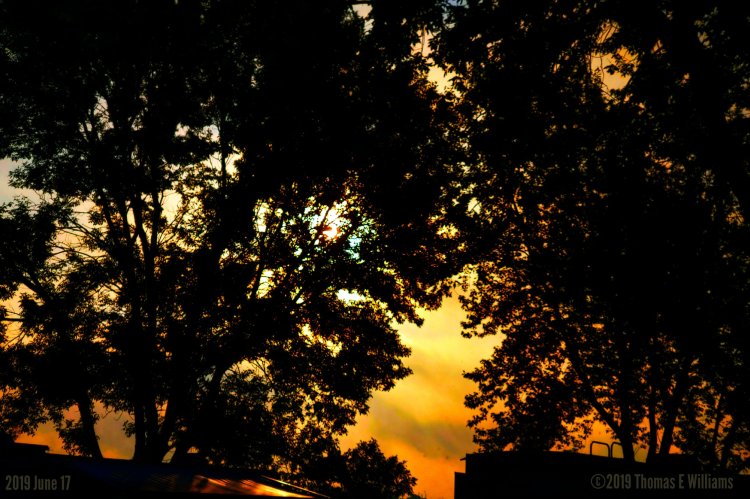 Predawn was nice this morning. However, as the day went on, it was just a bright grey overcast.

It was another work day for me. However, Ella was able to go for coffee at the cafe this morning and then to lunch at the senior center. She brought a glass of ice from the cafe as she was leaving this morning.

As I was balancing the cash and trying to get checked out of work, a sheriff’s car with lights but no siren came rushing to the gate. I raised it and they stopped to asked it I knew about a disturbance. I said, “No” and they zoomed into the park. As I wss closing the gate, my second shift replacement shouted, “Here comes another.” I just barely stopped the gate from closing before the second squad car roared through. Then a third came in, more slowly and without the lights. He stopped to say he was here to see the manager. Shortly after that a fourth car came in. While this was happening, I received several calls from the head of the security department asking me for the names of people on various sites.

I finished checking out and came home without knowing what was going on. I’ll have to hear the rumors tomorrow.